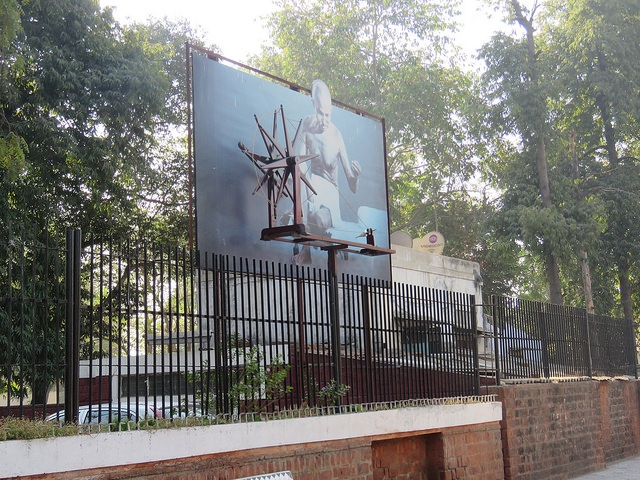 One of the most liveliest cities in India. A visit to Ahmedabad is a great way to discover Gujarat.Ahmedabad was built by Sultan Ahmed Shah to serve as his capital in 1411 A .D. While returning from one of his campaigns the young Sultan Ahmed Shah impressed with the scenic surroundings and climate of the town of Ashawal undertook the building of his new capital with a fort and twelve gates and named it Ahmedabad. While you can only see the ramparts of the 600 year old Bhadra fort, almost all the twelve gates with the exception of one have withstood the ravages of time and man.If you have been to Ahmedabad before you will want to come again. If you are coming soon, Welcome. Ahmedabad has something for everyone. You will be glad you made it.

Situated in the heart of Gujarat, Ahmedabad District is home to the city of Ahmedabad, which has a character like no other, defined by a spirit of enterprise. Although Ahmedabad is a bustling metropolitan with reputed institutes and a rapidly growing economy, it is also deeply rooted in tradition.The city is known for its association with Mahatma Gandhi and, in addition to a complex maze of neighborhoods called pols,hosts some of the country's finest medieval Islamic architecture.Sarkhej Roza, just outside the city, is a mesmerizing inheritance of the Gujarat Sultanate and makes for an idyllic retreat. For an exucursion into nature, Nal Sarovar, an extensive wetland, attracts thousands of migratory birds during winter.The neighboring Gandhinagar District is home to Gandhinagar, the state capital, and Adalaj, a classic example of Gujarat's enchanting stepwells.

By Rail : Ahmedabad is linked to Bombay, Delhi, Calcutta, Chennai and other major cities in India by rail.

By Road : Ahmedabad is connected by National and State Highways to major cities in India.

Kochrab AshramGandhi Ashram : This Quite And Peaceful retreat eas setup by Gandhiji 1915. As a Satyagraha Ashram on the Bank the River of Sabarmati . Hirday Kunj the Simple Cottage where he lived in now a National Monument And preserved as it used to be in his life Time..A Study Centre ,Library And Son-et-Lumiere offer interesting elements in his AshramSabarmati Riverfront.

HeritageBadshah no Hajiro (King's Tomb)CEPT CampusDada Harir Vav (Stepwell) – Built in 1501 this step well consists of a Domed Entrance which is a Series of the steps And Pillared stones platform lead down to the reservoir .The Walls and Pillars are richly carved in StoneHeritage Walk

Religious SitesJama Masjid – Built in 1423 by the Founder of Ahmedabad .This Mosque is Built in yellow Sand Stones and it Standson the 260 pillars which Support 15 Domes A Staggered Elevatons.Swaminarayan Temple