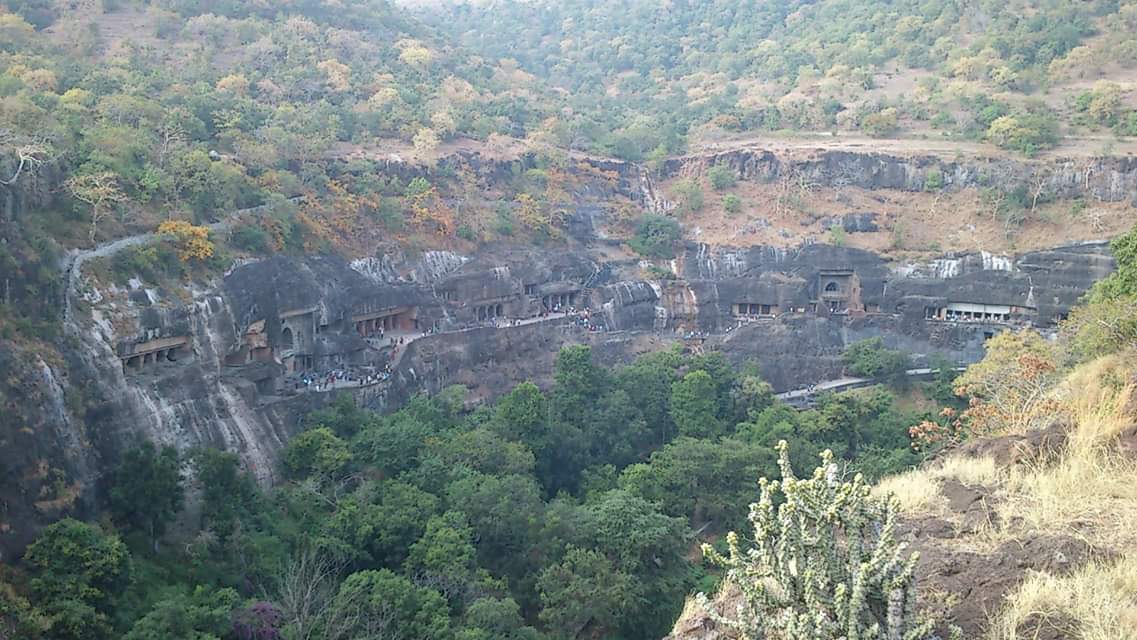 Ahmednagar is a place where Mughal-era forts and tombs, shrines of saints, temples of gods, a wildlife sanctuary for blackbucks and a defense establishment come together to give the tourist an experience of a different kind. It is also a city from where you can plan other excursions to make your holiday more enjoyable.

Located 120 kilometers from both Pune and Aurangabad, the town of Ahmednagar was established in 1494 by Ahmad Nizam Shah on the site of a more ancient city, Bhingar. With the break-up of the Bahmani Sultanate, Ahmed set up a new sultanate in Ahmednagar, also known as the Nizam Shahi dynasty. It is no wonder then that you will find here many Mughal-era buildings. The most prominent structure, though, is the Ahmednagar Fort, once considered the second-most impregnable fort in India. It was used by the British rulers to house Jawaharlal Nehru and other Indian nationalists before Independence. A few rooms there have now been converted to a museum. In fact, it was during his confinement here in 1944 that Pandit Nehru wrote the famous book, ‘The Discovery of India’.

Ahmednagar is also home to such important defence units as the Indian Armoured Corps Centre & School (ACC&S), the Mechanised Infantry Regimental Centre (MIRC), the Vehicle Research and Development Establishment (VRDE) and the Controllerate of Quality Assurance Vehicles (CQAV). The training and recruitment for the Indian Army Armoured Corps takes place at the ACC&S.

Among the many Nizam Shahi monuments, Salabat Khan’s tomb is perhaps the most popular but is often mistakenly addressed as Chand Bibi Mahal. Perched on a hill named Shah Dongar, about 10 kilometers outside the city, the open verandahs along this octagonal structure offers fine views of the rolling countryside. Visible from afar, the three floors rise nearly 75 feet high, accessed by narrow staircases squeezed between thick stone walls. Salabat Khan II, a minister with Nizam Murtuza Shah, himself ordered this tomb to be built, where he lies buried in the dim basement next to his first wife.

Another place of tourist interest lies about 3 kilometers southeast of the city centre and rising within a once man-made lake is Faria Bagh, the pleasure palace built by the second Nizam, Burhan Shah. Octagonal in plan, the ruins rise up two floors with a domical roof over the central hall. The remains of the peeling stucco façades are punctured with arched cutouts, creating an intriguing drama of light and shadow within its interiors. In the days of yore, the formidable palace surrounded with a garden laid out in the Charbagh style must have been a prized possession of the Nizams.

Air: The nearest airport is at Aurangabad, 114 kms away; however Pune is about same distance away and is better connected to other cities across India.

Rail: Ahmednagar is on the main Pune – Delhi line but the frequency is very limited.

Road: The most convenient way is either by bus or by private vehicles via Pune or via Chakan. State transport buses as well as private Volvo buses ply between Pune and Aurangabad.

Dance with the Peacocks