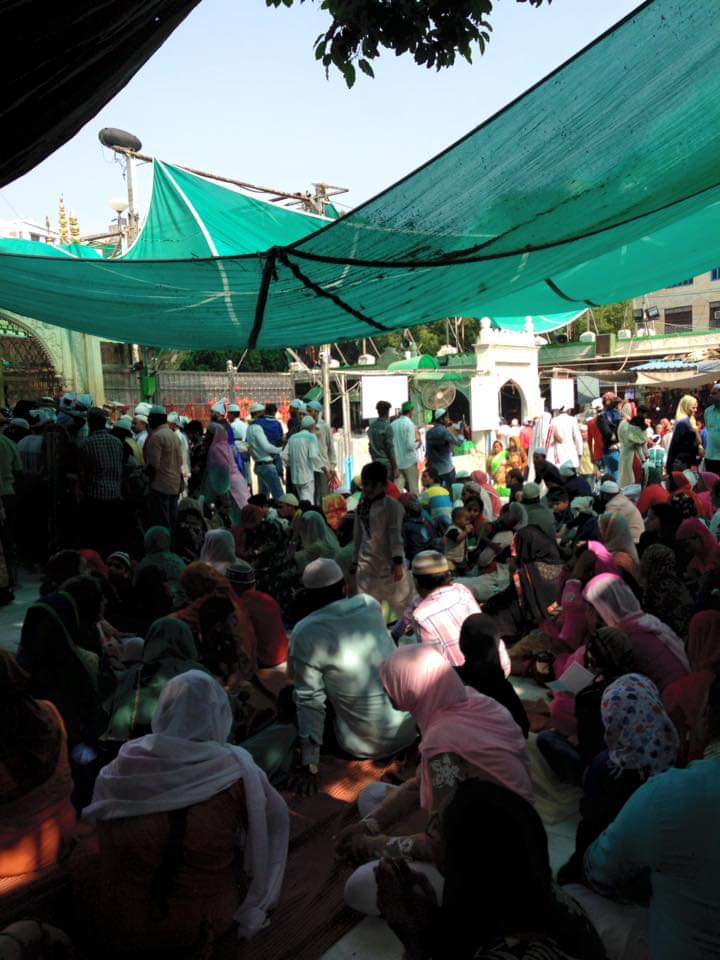 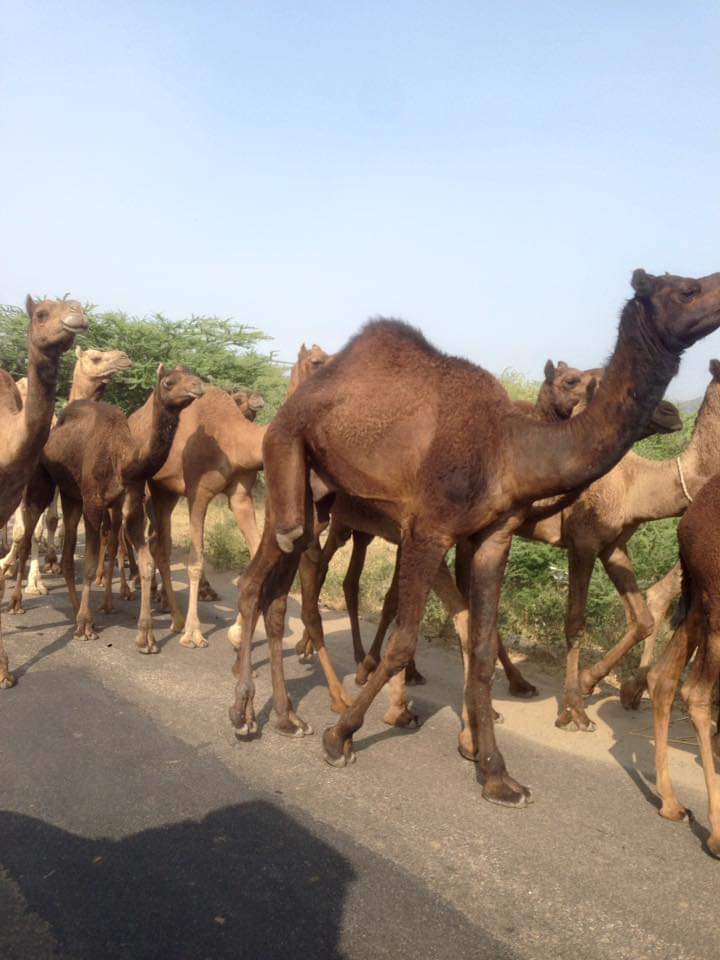 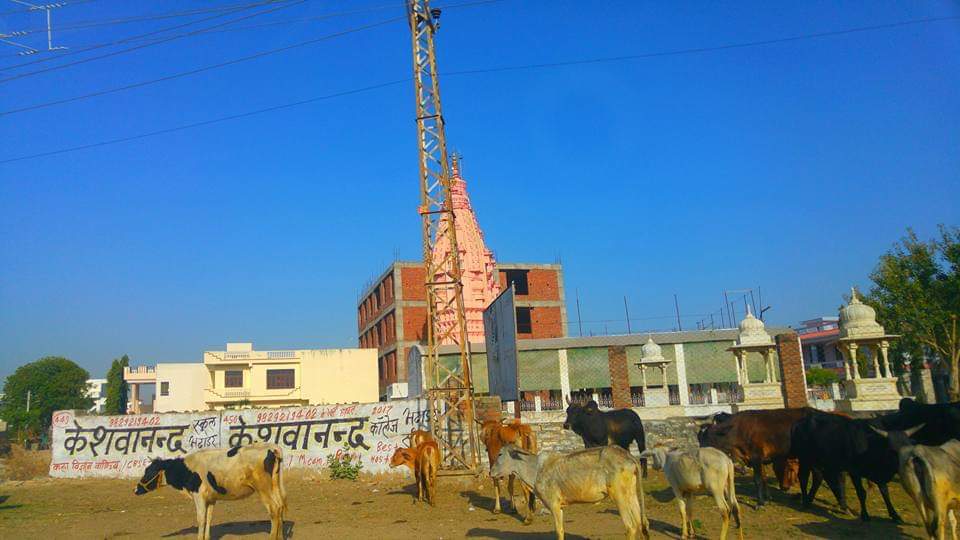 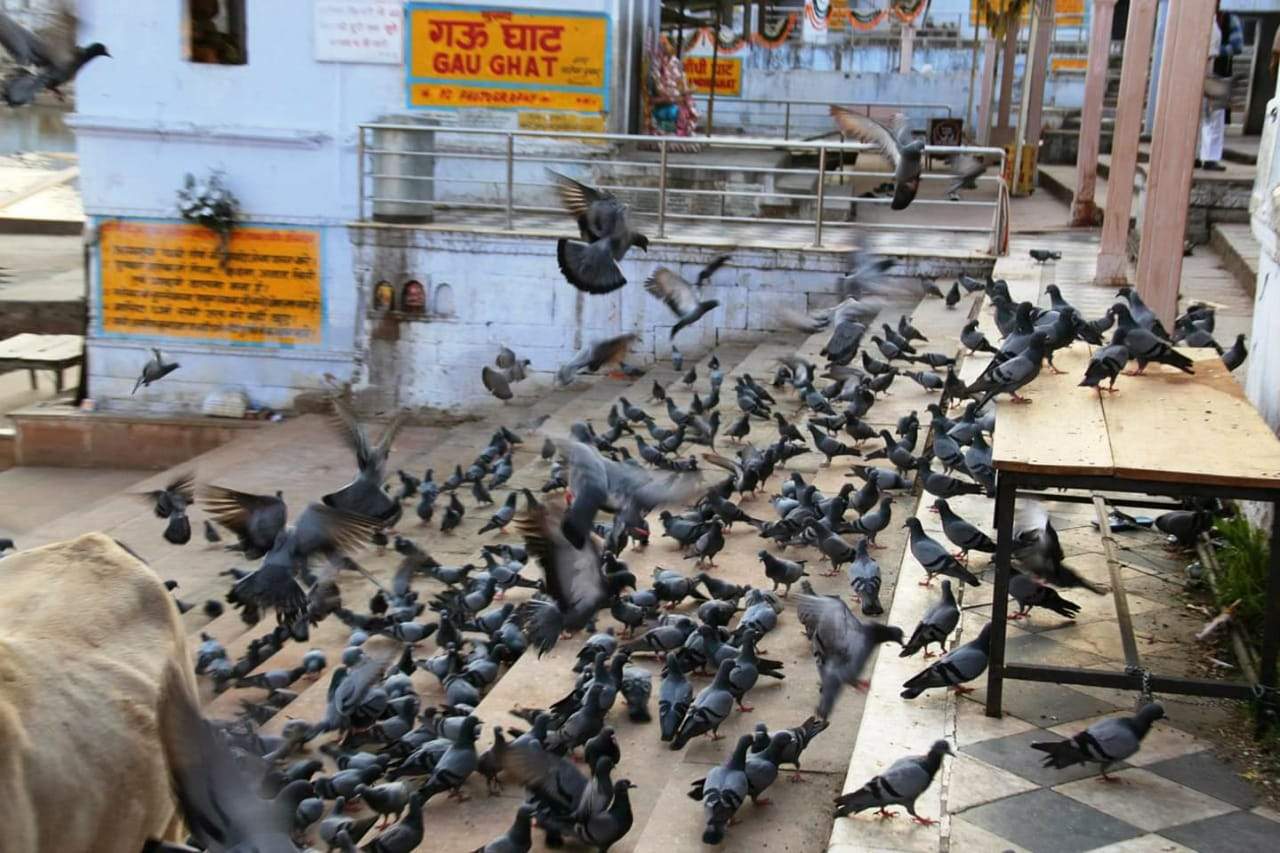 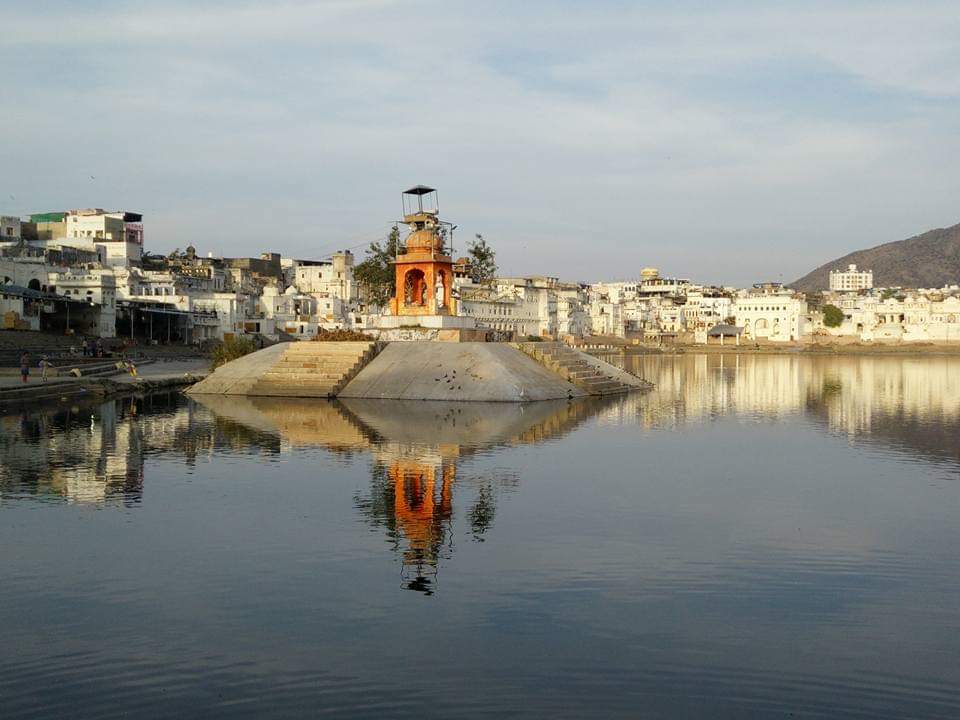 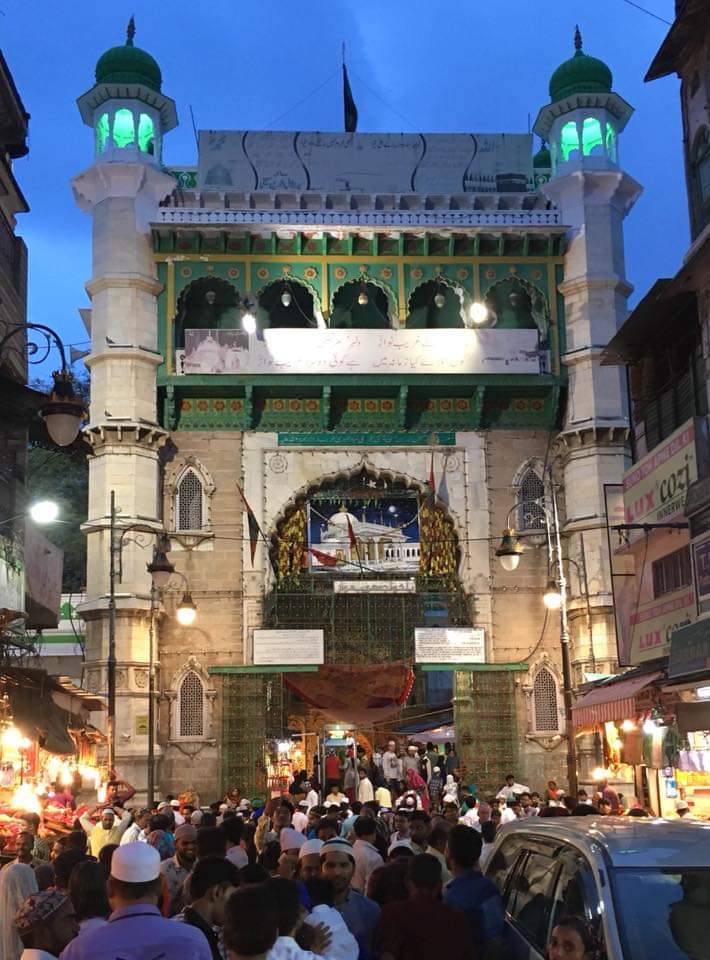 The city of Ajmer gets its name from ‘Ajay Meru’. Roughly translated, it means ‘invincible hills’. Nestled in the Aravallis south west of Jaipur, Ajmer was founded by Raja Ajaypal Chauhan in the 7th century AD. Till the late 12th century AD, Ajmer was the epicentre of the Chauhan dynasty. After Prithviraj Chauhan’s loss to Mohammed Ghori in 1193 AD, Ajmer became home to several dynasties. The Mughals in particular, fancied it as their favourite destination due to the presence of the holy Ajmer Sharif Dargah.

One of the early meetings between the Mughal King Jahangir and the Ambassador of the Court of Queen Elizabeth, Sir Thomas Roe, took place here in 1616. A few centuries later, the city was handed over to the British, making Ajmer the only region in Rajputana to be directly controlled by the East India Company. Ajmer is now regarded as an educational and cultural centre.

Ajmer is home to the famous Dargah Sharif, which houses the Tomb of Garib Nawaz, also known as Moinuddin Chisti, the founder of the Chisti order of Sufism. Ajmer is also known for Mayo College, one of the country’s first schools that was a stepping stone for British style of education. It is also a sacred city for Hindus and Muslims alike and is renowned for being a centre of history and culture and beauty.

By Air : The Jaipur Airport is the closest and is located 138 kilometres away.

By Road : You can hop on to a bus from almost any city in and around Rajasthan and get here. These include Jaipur, Agra, Aligarh, Bikaner, Bharatpur, Barmer, Haridwar, Chittorgarh, Jodhpur, Jaisalmer and Nagaur.

By Rail : Ajmer is located on the Delhi-Jaipur-Marwar-Ahmedabad-Mumbai railway line. It is well connected by rail as most trains on this route halt at Ajmer.

The Ajmer Sharif Dargah : This is a Sufi shrine which encloses the ‘maqbara’ (grave) of Garib Nawaz, the Sufi saint Khwaja Moinuddin Chisti. Built in the 13th century, the shrine is popular among people of all faiths who flock here to have their prayers answered. The shrine has three gates – the main gate or the Nizam gate, the Shah Jahan gate erected by the Mughal Emperor and the Buland Darwaza. Another big draw at this holy shrine is the sacred and scrumptious food that is served to devotees. Cooked in giant cauldrons known as ‘degs’, devotees gather in throngs to be blessed by this prasad.

Adhai Din Ka Jhonpda : The Adhai Din Ka Jhonpda was originally built to function as a Sanskrit college but was later converted into a mosque by Sultan Ghori in 1198 AD. An impressive blend of Indo-Islamic architecture, the structure was further beautified by Sultan Iltutmish in 1213 AD. Legend has it that the mosque is known as Adhai din ka Jhonpda (literally meaning, The Hut of Two and a Half Days) because of a two and half day fair held here during Urs in the 18th century.

Mayo College : Mayo College is one of India’s oldest independent boarding schools. Founded in 1875, and named after Richard Bourke, the 6th Earl of Mayo, Mayo College was set up to provide the scions of India’s princely states with an education similar to that provided by the Eton College in Britain. John Lockwood Kipling, father of Nobel Laureate, Rudyard Kipling, as principal of Mayo College, furnished the design of the Coat of Arms which shows a Rajput and a Bhil warrior. The college building is one of the finest extant examples of Indo-Saracenic style of architecture.

Anasagar Lake : Anasagar Lake is a scenic artificial lake, commissioned and built by Arnoraj Chauhan, son of Ajaypal Chauhan, between 1135 and 1150 AD. Arnoraj was also known as Anaji, which gives the lake its name. Many years later, Mughal Emperor Jahangir added his touch to the lake by laying out the Daulat Bagh Gardens near the lake. Emperor Shah Jahan too, contributed to the expansion by building five pavilions, known as the Baradari, between the garden and the lake.

Soniji Ki Nasiyan : Soniji ki Nasiyan, also known as the Ajmer Jain Temple, is a wonderful example of ornate architecture, and is dedicated to Risabh or Adinath. Its entrance is made of red stone and the marble staircase inside is engraved with images of the holy Tirthankars – omniscient teachers of Jain faith who taught righteousness. Constructed in the late 19th century, this temple is counted among the richest temples in India. Its main chamber, Swarna Nagari (City of Gold), is aptly named so because of the several gold-plated wooden figures it houses within its walls. This famous architectural marvel finds a mention in Kurt Titze's book, ‘Jainism: A Pictorial Guide to the Religion of Non-Violence.’

Lake Foy Sagar : A beautiful artificial lake that appears flat, Lake Foy Sagar was built by an English engineer, Mr. Foy in 1892 AD. Interestingly, this work was taken up to provide famine relief through wage employment to locals. Lake Foy Sagar offers a beautiful view of the Aravalli range.

Nareli Jain Temple : The Nareli Jain Temple in Ajmer, also known as the Shri Gyandoaya Tirth Kshetra, is situated on the outskirts of Ajmer on the national highway to Jaipur. This modern edifice is celebrated for being a perfect blend of traditional and contemporary architectural styles. It consists of 24 miniature temples in its vicinity. Known as Jainalay, they represent the Jain Thirthankars. The Nareli Jain Temple is an important point of pilgrimage for Digambara Jains.

Sai Baba Temple : Spread over an area of over five bheegas (or over two acres) at Ajay Nagar, the Sai Baba Temple in Ajmer was constructed by Suresh K Lal, a resident of the Garib Nawaz City in 1999. It’s one of the most recent pieces of architecture and is very popular among all Sai Baba devotees. The temple is built with the purest form of marble that possesses the unique quality of a translucent stone, allowing light to pass through it. Every Sai Baba disciple should definitely visit this shrine once in their lifetime.

Ajmer Government Museum : The Ajmer Government Museum serves as one of the prime tourist destinations in Ajmer. The museum is housed within the magnificent fortified palace of the legendary Mughal Emperor Akbar, which was built in 1570. The museum is also known as Bharatpur Museum and is home to a rich collection of archaeological artefacts. Along with stone sculptures, inscriptions and armours, it features the finest paintings of the previous Maharajas of Bharatpur.