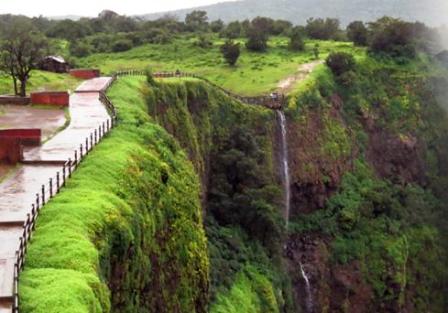 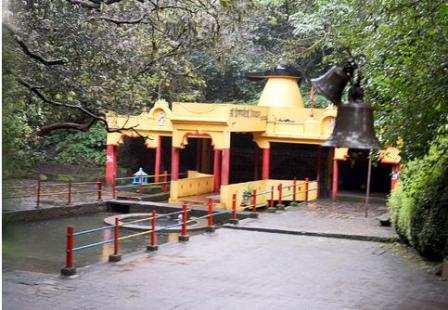 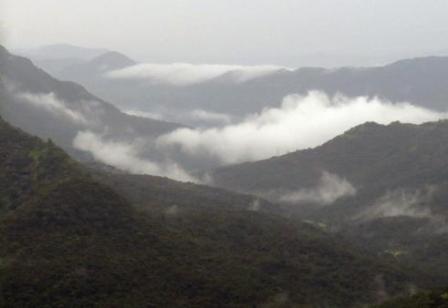 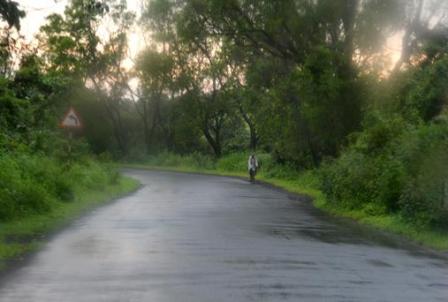 The beautiful hill-station of Amboli is rightly called the ‘queen’ of Maharashtra; such is its natural splendour. Famous among environmentalists as a precious ecological hotspot, it is cool, calm, serene and enriched with all the treasures that the world of flora and fauna can bestow upon it. Located in the princely state of Sawantwadi, Amboli is located on the ridge of the Western Ghats and is particularly majestic during the monsoon when impromptu waterfalls gush down the hilly terrain.

Located 529 kilometers from Mumbai and well-connected by road, the railway station nearest to it is at Sawantwadi Road on the Konkan railway line while the closest airport is at Dabolim in Goa. Amboli is situated at an altitude of 690 meters above the sea level and its amazing topography comprises dense forest area with a large number of waterfalls which increase in number during the rains. In fact, it is the heavy rainfall of an average of 750 centimeters per year which results in such thick growth of trees and plants along the hillsides. The hill-station was a favourite with the British rulers and it is said that Colonel Westrop was the one who took special efforts in developing this place. Winter is actually the perfect season to visit Amboli and some of the points that are a ‘must see’ include the Nangartas Waterfall, Hiranyakeshi, Sea View Point, and Mahadevgad. Kavlesaad Point is another interesting point from where you can get a view of the Sahyadri ranges.

However, for those who would like to add a little more mysticism to their visit, choose to go during the monsoon season. The entire region gets covered with a dense fog during several times a day. It is then that you can actually experience the power of silence and how nature makes it own music. Meanwhile, don’t forget to stop by at the Hiranyakeshi Mandir. It is from here that the river Hiranyakeshi originates. The approach road is rough but the destination provides a wonderful experience. You would in fact want to spend hours at this calm and peaceful spot. The river ultimately flows through Karnataka where it is known as Ghataprabha. There’s also a small temple dedicated to Parvati.

For lodging MTDC offers a perfect rest house with a facility for meals. There are of course other hotels and restaurants too at Amboli which has emerged as a popular tourist destination over the years. What makes this place special is that it is very rich in flora and fauna and you will in all probability be able to spot wild boars, antelopes, deer, monkeys and bison and maybe a leopard too in case you happen to be at the right spot at the right time. Amboli is also a draw with enthusiastic bird-watchers who come here to glimpse and photograph various species like the Hornbill, Paradise Flycatcher, Drongo, Yellow-Browed Bulbul, Red-Whiskered Bulbul, Crimson-Backed Sunbird, Orange-Headed Ground Thrush, Indian Schimitar Babbler, and a lot more. A huge number of butterflies, frogs and reptiles make the forest their home too. Some of the trees and plants found here include Hirda, Ain, Anjan, Shikekai, Mango, Fern, etc.

Air : The nearest airport is Dabolim.

Road : Amboli is well connected by road from Sawantwadi, Belgaum and Kolhapur. Number of buses ply from Pune and Mumbai to Amboli.

Sunset Point : In the evening sunset turns horizon into shades of orange, red and pink before being extinguished into deep blue waters of Arabian sea.

Madhavgadh Fort : Madhavgadh Fort, four times the size of Shanivarwada in Pune, which is now in a state of ruin. A memorial on the main road gives you an insight into the 'war', the tombstone reads that there was only one British soldier who died in the battle.

Nagartas Waterfall : For waterfall lovers this roaring beauty is just 9 k.m. away.A legend with the locals and visitors from Pune and Belgaum, thousands of people come here on weekends at the end of the monsoon. A time when the waterfall comes tumbling down the hills in a giant fury of white froth, wetting all in its wake, washing down the Sahyadris with its watery ferocity.

Hiranykeshi : Scenic place of worship dedicated to Lord Shiva where pilgrims gather in large numbers during Mahashivratri. The Hiranykeshi river originates from mountain rock and flows down from this place.Glacierless, this river spouts from the earth in a steady drip. Gathering its force from streams and rivulets along the way, Hiranyakeshi tinkles over the hard edges of rocks, stones and pebbles, till its gushes headlong into Karnataka. You can spend hours angling for fish in its proceedings stream. 5.5 Km away from Amboli.