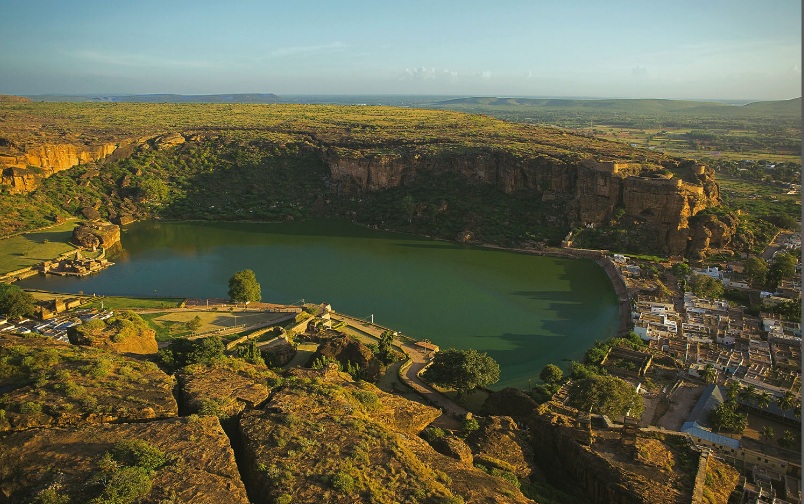 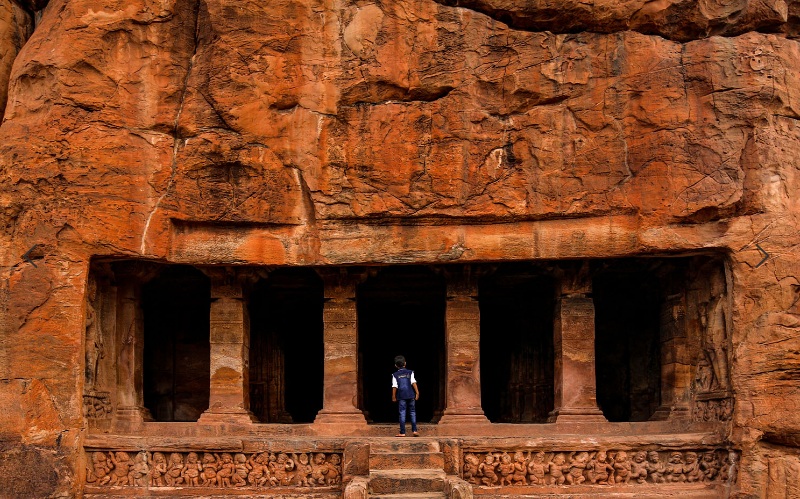 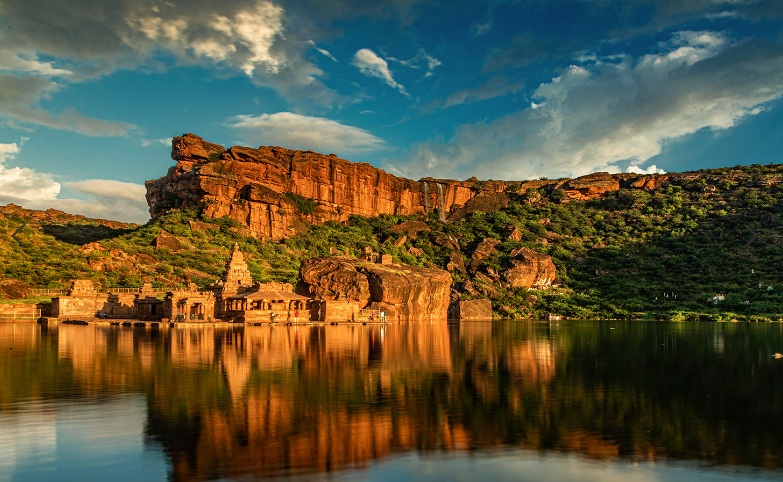 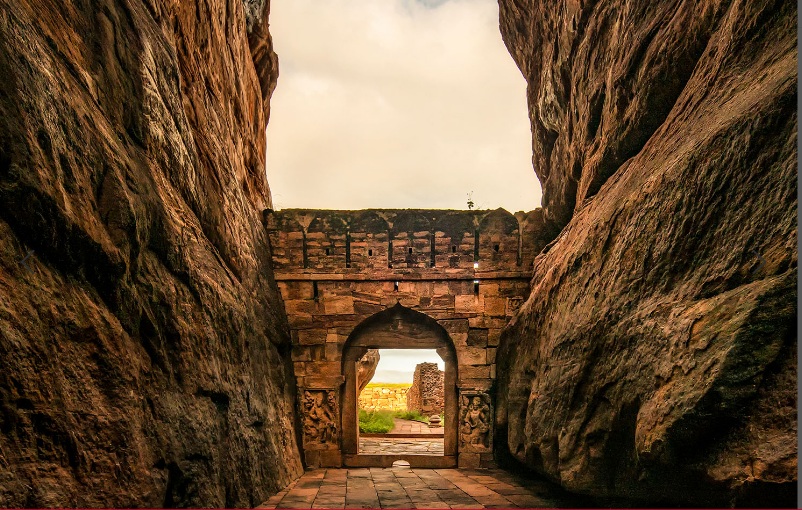 23 km from Pattadakal is Badami that occupies an important place in the heritage history of Karnataka. Badami is picturesquely nestled at the mouth of a ravine between two rocky hills. The exquisite sculptures and sandstone cliffs of Badami bring forth many a tale from the yesteryears. Four rock-cut caves adorned with ancient carved pillars and bracket figures cut out of red sandstone is just a flight of steps away. The caves overlook the Agastya Theertha Lake, its banks dotted with a group of Bhutanatha Temples. Dedicated to Shiva’s form as the god of souls, spirits and ghosts, the Bhutanatha Temple dates back to the 7th century with the outer mantapa added in 11th century during the late Kalyani Chalukyan age. The caves are best seen at sunset when the evening sun captures the rust-red tint of the sandstone. A visit to Pattadakal is coupled with the visit to Badami and Aihole.

By Air : Hubballi is the nearest airport (105 km from Badami).

By Road : Badami is 450 km from Bengaluru

By Rail : Badami has a train station and good bus service and road connectivity from Bengaluru and other parts of Karnataka.

Cave 3:This is the finest as well as the largest of the group. It has giant-sized images of Lord Vishnu seated on a coiled serpent along with other images of the Vaishnava pantheon. As in other caves, every inch of the roof and pillars are carved.

Cave 4:This Badami cave temple is dedicated to the Jainism. A small cave with images of Jain Tirthankaras, the sanctum holds a large sculpture of Lord Mahavira. This temple leads to the fort and the top of the hill.

On the northern banks of Agastya Theertha Lake and the other side of the Cave Temples, a series of elegant temples and carvings await those who complete an arduous climb through a stony chasm and fortified gateways. The Upper Shivalaya Temple still has some friezes and sculptures depicting legends relating to Lord Krishna. Perched on a rock, the Malegatti Shivalaya is an example of the ancient southern style of architecture. Badami was formerly known as Vatapi and served as the capital city of Badami Chalukyas

Agasthya Lake : Located on the outskirts of the city, the enormous Agastya Lake lies below the cave temples. It is said to have been formed in the 5th century and many believe that its water has curative properties. The lake is considered holy and devotees take a dip in its waters to wash away their sins. The cave temples lie on the south-west side of the lake, with the popular Bhoothanatha Temple stationed on its eastern bank. The last cave of the temples faces the serene vistas of the lake. One can sit on the rocks of the temple and enjoy a beautiful view of the sun setting beyond the lake.

Shri Shakambhari Shakti Peetham : Banashankari Devi Temple is a Hindu shrine located at Cholachagudd near Badami, in Bagalkot district, Karnataka, India. The temple is popularly called Banashankari or Vanashankari since it is located in the Tilakaaranya forest. The temple deity is also called the Shakambhari, an incarnation of the goddess Parvati. The temple attracts devotees from Karnataka as well as the neighbouring state of Maharashtra. The original temple was built by the 7th century Badami Chalukya kings, who worshipped goddess Banashankari as their tutelary deity. The temple celebrates its annual festival called Banashankari jatre, in the months of January or February.