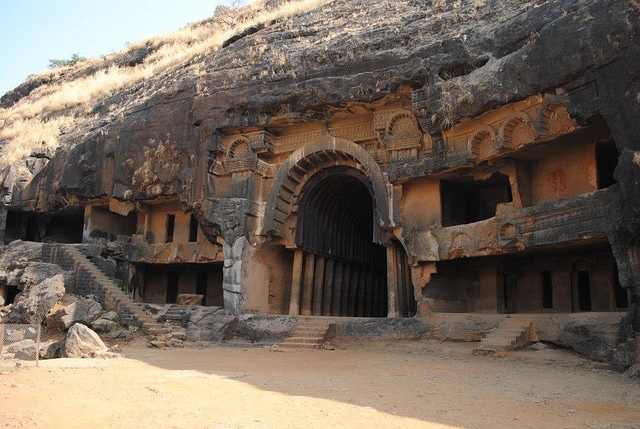 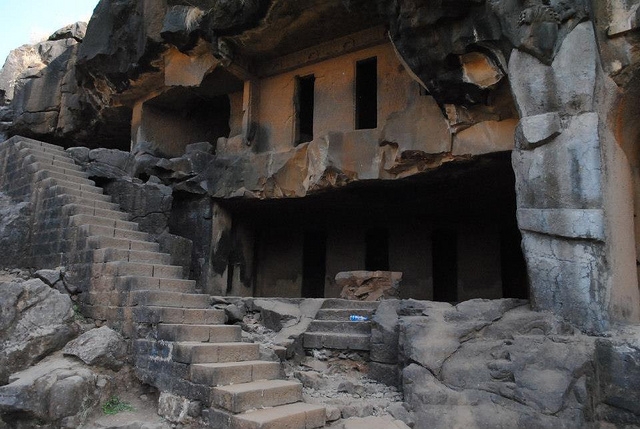 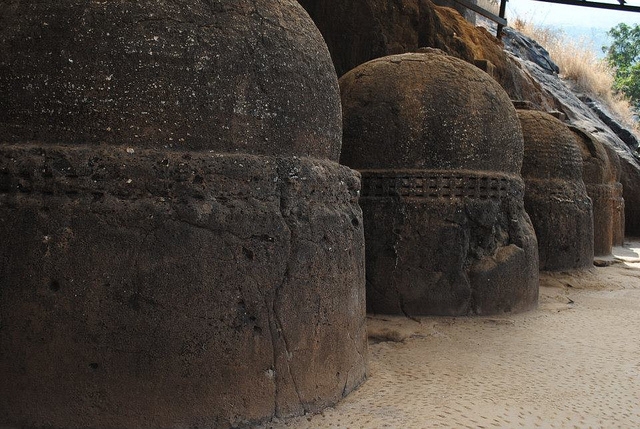 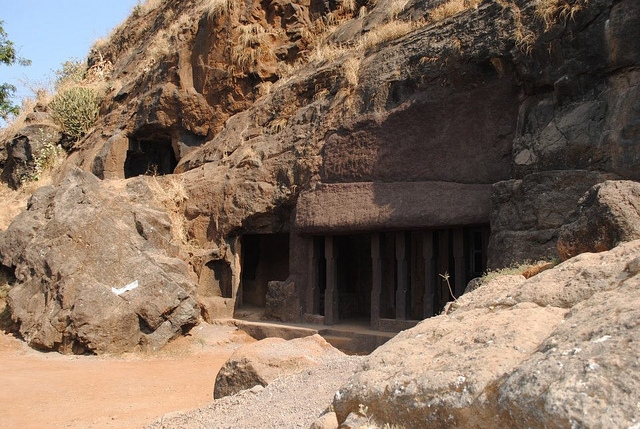 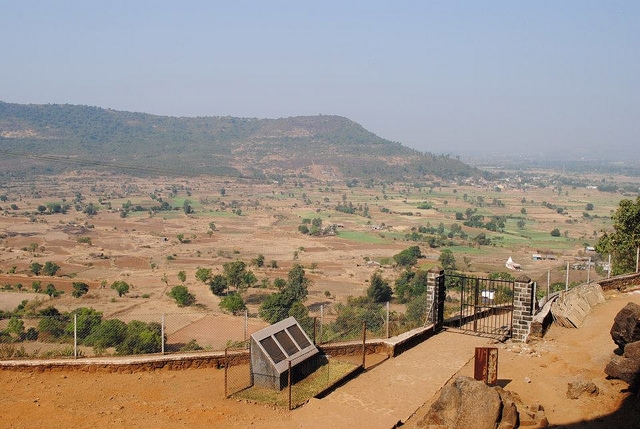 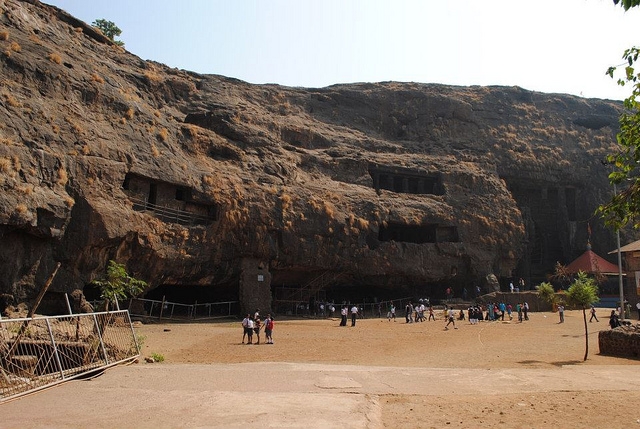 These are among the oldest caves in India and date back all the way to 160 B.C To get to Karla you have to take a 12km drive along the highway towards Pune and turn left a little after passing MTDC's Holiday home and then drive further 3km down a narrow road. Regular S.T bus services are available. From the base it is a stiff 600 feet climb to the top and it is recommended that adequate water is carried along by you. The principal cave is the largest Chaitya among Buddhist cave in the country, Being 15meters wide and 16 meters high. The most remarkable feature of the cave is its arched roof supported by wooden beams which have astonishingly survived the onslaught of elements for more than 2,000 years. The Wooden Umbrella above the Chaitya is unique in the Buddhist caves around the world. There is absolutely no sign of any corrosion. It is the finest example of the kind perhaps in the world.

At the entrance of the principal cave is the temple of Goddess Ekvira visited by thousands of devotees from the coastal region around Mumbai during the annual fair falling in April (chaitra) and also during Navratri. Ekvira temple is on the right side of the main cave while at the left side is a lofty column with three lions on its top.

Reaching Bhaja by road requires to drive down the same route along the highway as Karla but instead of turning left you must take the road on the right and drive past Malavali station and follow a quite road a further 3km to Bhaja village, There is no bus service to Bhaja but you can take a local train to Malavali station.From the village it is a 250 feet climb to the caves.There are 18 caves, twelth being a chaitya hall with finest carving in the cave complex. First cave appears to be the dwelling of the master architect while 10 others are viharas for priests.Remaining seven caves have inscription about donors.

There are local buses that run from Lonavala to Karla caves which have a distance of 12 kms in between them. Bhaja caves are located at around 10 kms from the Karla caves. You may prefer walking or may catch an auto from Karla to Bhaja. Khandala is also nearer to Bhaja caves at around 14 kms.

Malavli is the nearest railway station for local trains. One may come down to Pune and head towards Lonavala since Pune is well connected to the major cities in India and catch a train from Lonavala to Malavli. Bhaja caves are at around 3 kms from the Malavli station. One may get a direct train from Mumbai to Lonavala as well.

One may fly to Pune since it is one of the biggest cities in Maharashtra. From Pune, one may opt for any of the options to reach to Bhaja caves; either by road or by a train.

Near by Lonavala - Things to Do