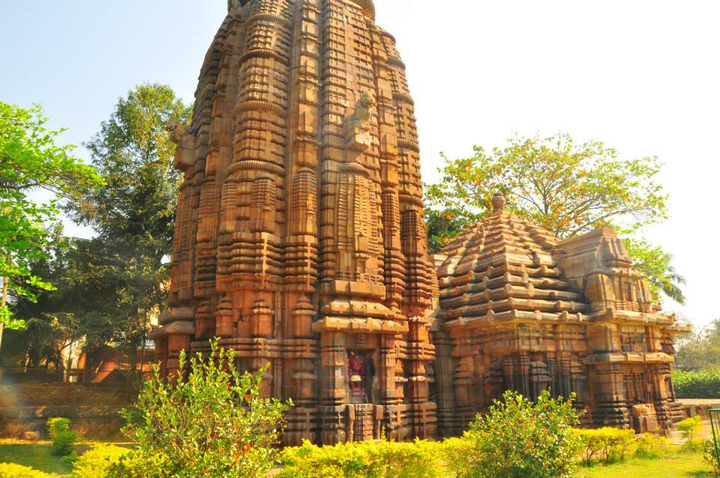 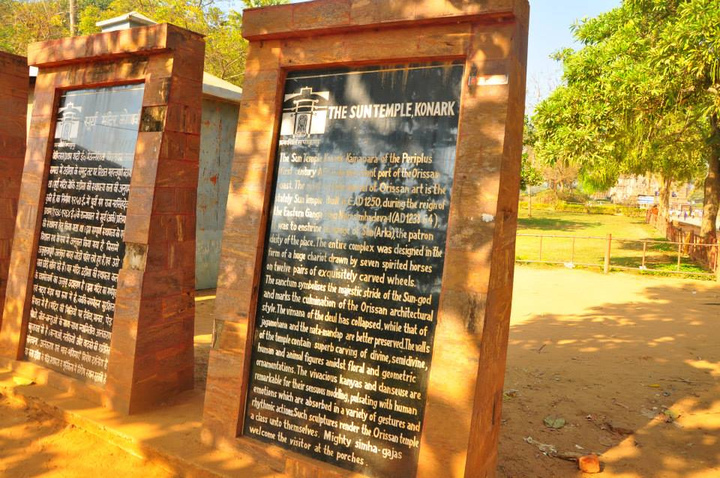 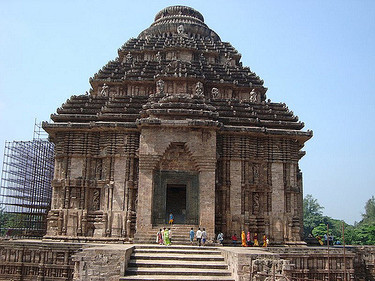 The history of Bhubaneswar and its environs, as the several archaeological finds from the dawn to historical period to the end of Hindu rule, goes back much earlier than the 7th to 13th centuries. Its sanctity as Ekamrakshetra led rulers to embellish the area with grandeur temples actuated by the hope of an eternal abode in heaven.

The Bhubaneswar area first appears in history during the 4th century BC. The fortified city of Sisupalgarh, 5 km northeast of Dhauli and 2.5 km southeast of Bhubaneswar, was the site of Kalinga Nagar--the Capital of the Chedi (Mahameghavahan) Kings. Excavations here revealed that this Fort had a well developed civil and military architecture, all through the beginning of the 3rd century BC to the middle of the 4th century AD.

The archaeological remains at Dhauli, and hills of Udayagiri and Khandagiri give evidence of both Jain and Buddhist settlements around Bhubaneswar in the first two centuries BC. The waning of Buddhism and vanishing of Jainism with the growth of Saiva Pasupata Sect, in the second century BC saw Brahmanism as the dominant religion under the successive dynasties that ruled Odisha (Orissa)--the Shailodbhava and the Bhaumakaras in the 12-13th centuries.

The temple building reached the zenith of its glory between 7th and 12th centuries when thousands of sandstone temples were erected around the Bindu Sagar, earning it the title 'The city of Temples'. The period under the Gangas saw emergence of Vaishnavism to prominence.

The perfect symphony between its architecture and sculpture, the mastery carvings and the grand repertoire of its motifs make these temples unique. In the 15th century, the Mughals raided the city and razed all but a few of the temples. After independence, Bhubaneswar was declared the new Capital replacing Cuttack.

The southern suburbs of the city have remnants of some of the striking temples, like the Lingaraja Temple, the Muktesvara Temple, etc., together with the famous archaeological and historical sites of Dhauli, Khandagairi and Udayagiri.

The area on the northeast has wide tree-lined avenues and many a modern administrative buildings. The commercial and the business activities are centered around places named as Kalpana Square or Kalpana Chhak on the busy Cuttack Road, Rajmahal Square, Station Square or Master Canteen and the road further on to Vani Vihar, Janpath, housing most lodges, restaurants, shopping arcades and banks.

By Air : The Nearest Airport is Bhubaneswar Airport

By Road : You can easily get regular buses to Bhubaneswar  from other major cities of the country.

Odisha (Orissa) State Museum : The museum at the top of Lewis Road, or near Kalpana Square showcases some of Odisha (Orissa)'s finer archaeological remains and treasures displayed in various galleries. It has a magnificent collection of various archaeological finds including some Buddhist and Jain sculptures, copper plates, coins and donatives inscriptions from ancient and medieval Kalinga. It boasts traditional and folk musical instruments, heavy jewellery, ancient weapons, tools and some photographs. The highlight of the museum is the rare palm leaf manuscripts and a collection of antique paintings. The well equipped library of the museum has some valuable publications on archaeology, architecture, history, anthropology, philosophy etc. Monday closed.

Pathani Samantha Planetarium :  Named after the illustrious astronomer of Odisha (Orissa), the planetarium situated near the Acharya Vihar Square, features programmes related to astronomy in a domed shaped air conditioned auditorium. The sprawling 4 acre complex has well manicured garden around it.

Ekamra Haat :  A showcase of Odisha (Orissa)'s art, craft, culture and cuisine, set amidst lush green environ, Ekamra Haat, on a 5 acre plot is managed by IDCO, on behalf of the State government. The architectural design and ambience of Haat matches the activities carried out there. The shops selling ethnic produce not only promote the traditional craft but provide a direct market access to the local artisans and weavers. The infra-structure and facilities also include an open-air theatre, lily pond with water fountain, food stalls, artisan rest rooms and info centre.

Dhauli (8 km) : Surrounded by paddy fields, the Dhauli hill brings back memories of the historic 'Kalinga war' which was fought around here. It is here that Ashoka, the terrible, was transformed into Ashoka, the compassionate and championed the cause of Buddhism. On the foot of the hill one can see the Rock Edicts of Ashoka and the forepart of a skillfully sculpted elephant hewn out of a huge rock. Dhauli has gained prominence due to the establishment of a Buddhist Peace Pagoda, popularly known as Shanti Stupa, built in the early seventies by the Japan Buddha Sangha and Kalinga Nippon Buddha Sangha. An old temple of Lord Dhavaleswar, reconstructed in 1972, also stands on the hill-top.

Sisupalgarh : Just two km from the famed Lingaraj Temple of Bhubaneswar lie the ruins of Sisupalgarh. Dating back to the third or fourth century BC, these ruins show that even at that early date there was a well fortified city here, and establish the fact that the Orissan civilization has very ancient roots.

Hirapur (15 km) : Hirapur has the 11th century Hypaethral temple of sixty four Yoginis. It is second of its kind in Orissa and one of four such unique temples in India.

Atri (42 km) : Situated amidst greenery and famous for the hot sulphur water spring, Atri, 42 km. from Bhubaneswar and 14 km. from Khurda, is also a holy place with the shrine of Hatakeswar. A bath in the spring water is reputed to cure skin diseases apart from being a pleasant experience.

Nandankanan (20 km) : Picturesquely carved out of the Chandaka forest, Nandankanan is a Biological Park where animals are kept in their natural habitat. A centrally located lake divides the Zoo from the Botanical Gardens. Tigers, Lions, Clouded Leopards, Black Panthers, European Brown Bear, Himalayan Black Bear, Gharials, Rosy Pelican, Grey Pelican, Indian Python, King Cobra, etc. are among the attractions of the zoo, which is famous for its White Tigers. The exotic Botanical Garden on the other side of the zoo preserves varieties of indigenous plants. Regular bus services are available to reach the place.

Cactus Garden : Situated close to the 'Ekamara Kanan' in Bhubaneswar, the Cactus Garden, with its huge collection of Cactii should not be missed.