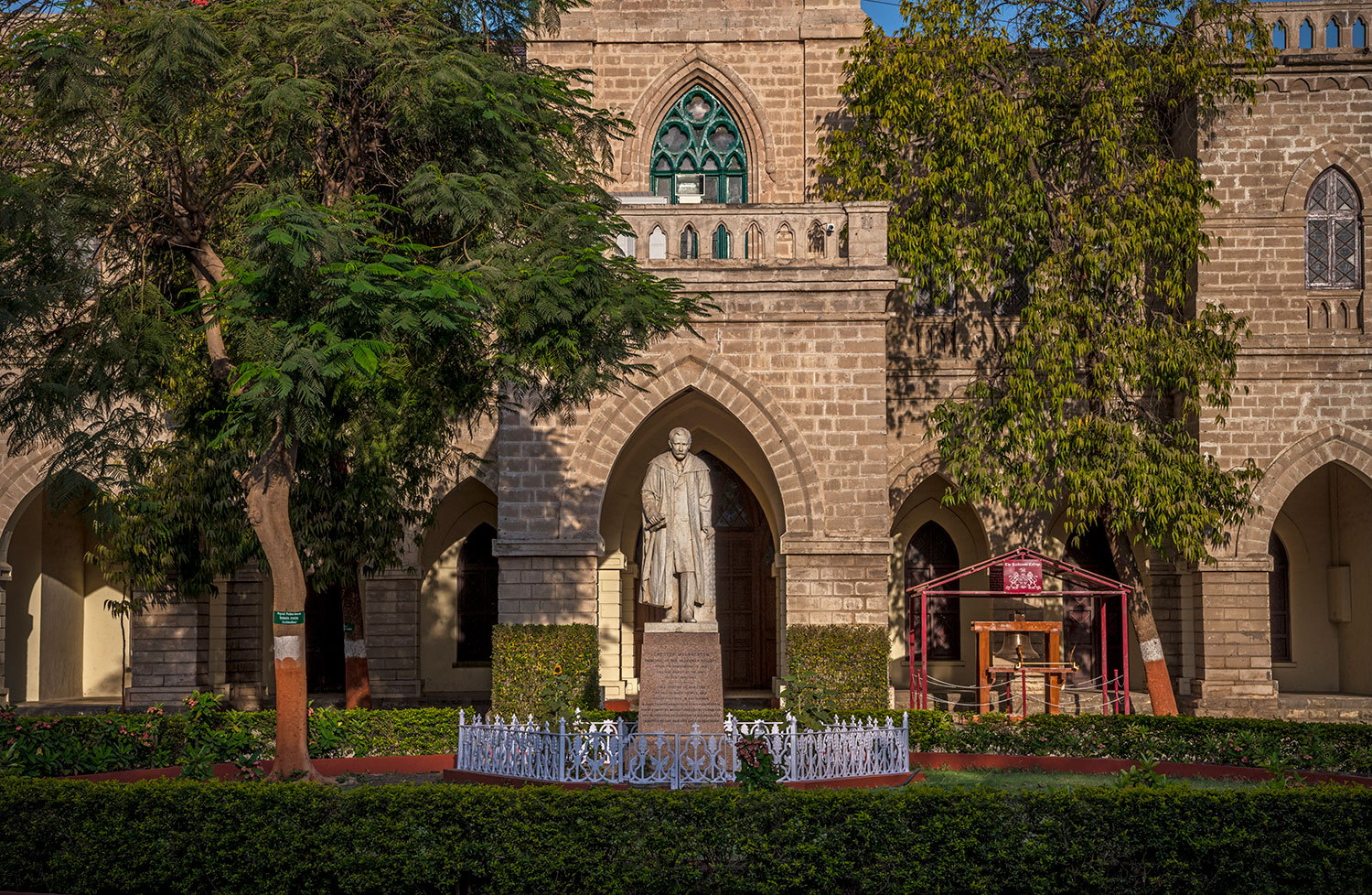 DANTA - Royal abode at the foothills of Aravalli

The royal houses of Danta was ruled by the Parmar Rajputs. They arrived in Gujarat in 12 th century AD, from Nagarthatta in Sindh and established their first capital at Chandravati, which was later shifted to Tarsang in the Arasur hills. Tarsang finds mention in Mughal history as the rebel Jahangir was given shelter at Tarsang. About 350 years ago, the capital was finally moved to Danta. Danta is located close to the Gujarat-Rajasthan border, having social ties with the royal families on both the sides. The royal edifices of Danta reflects the blending of architecture of both the region.

Danta town is situated at the foothills of Aravalli hill range. The landscape of forest and hills, with huge boulders, makes a perfect setting for this town. The entire region is populated by the Bhil tribe and has forests with diverse flora and fauna.

The two palaces are located at the lower end of the hill, but higher than the town. The entire old royal palace campus was fortified in the past, housing several building within it. The huge impressive gate leads one into the royal campus. The old palace is clustered around a series of courtyards, interconnected by a series of gates. The first court is surrounded by a low height structure, originally acting as an administrative block. In the same court, the other interesting structure is the family shrine of Goddess Ambaji built in the Rajput style of architecture, inspired by the royal architecture of Rajasthan. This four storied structure has the shrine in one corner, but instead of a temple-like structure, it resemble the small Darbargadhs of Rajasthan. The opaque and plain structure at the lower level becomes more decorative at the top by the sensitive use of several architectural elements like horizontal friezes, carved brackets, deliberately carved stone jalis, jharokhas, decorated parapets and domes.

The second gate leads to another courtyard of the residential wing. The profusely carved floral pattern on the red stone entrances is in the style of the royal palaces and havelis of Bikaner. The inner courtyard is surrounded by arcades and the stair tower is capped by a dome - a typical feature of Danta palaces.

Another palace, Bhavani Villa, the present residence of the royal family is located on a higher elevation than the old palace. The palace is built at several levels on a hill edge with a skyline of domes, offering a fantastic view of the Aravalli hills. A part of the palace is being converted into a heritage hotel and will be operational soon. The ex-ruler of Danta is a great wildlife enthusiast and also runs a stud farm on Marwadi horses.

Ambaji is one of the major Shakti-Piths of India, situated in the Arasur Hills. The Ambaji temple contains no idol, but an inscribed Yantra in the niche. Ambaji is essentially a temple town-with a temple dedicated to Goddess Ambaji in the centre. The Ambaji temple and the front court 'Chachar no Chowk' are aligned in the same axis of the cave at Gabbar Hill - the original abode of Goddess Ambaji. The present temple was constructed a few years ago, maintaining the original architectural style. Millions of pilgrims visit the temple every year - especially during Navratri to seek the blessing of Goddess Ambaji.

The Kumbhariya group of Jain temples dates back to the Solanki period (11 th to 12 th century). The five temples are dedicated to: Mahavira, Shantinath, Parshwanath, Neminath and Sambhavnath. The temples have main shrine in the centre of a rectangular courtyard, formed by a series of shrines with shikhars, dedicated to Jain Tirthankaras. On each side there is a porch with a balcony, reached by a flight steps. The quality of workmanship on the marble is excellent and reminds one of the Delwada Jain temples at Mt. Abu.

The Ajitnath Temple (1166 AD) is one of the finest and best preserved examples of Jain temple architecture from the Solanki period. It has a shikhara, mandapa, pillars and brackets made out of marble with excellent carving.