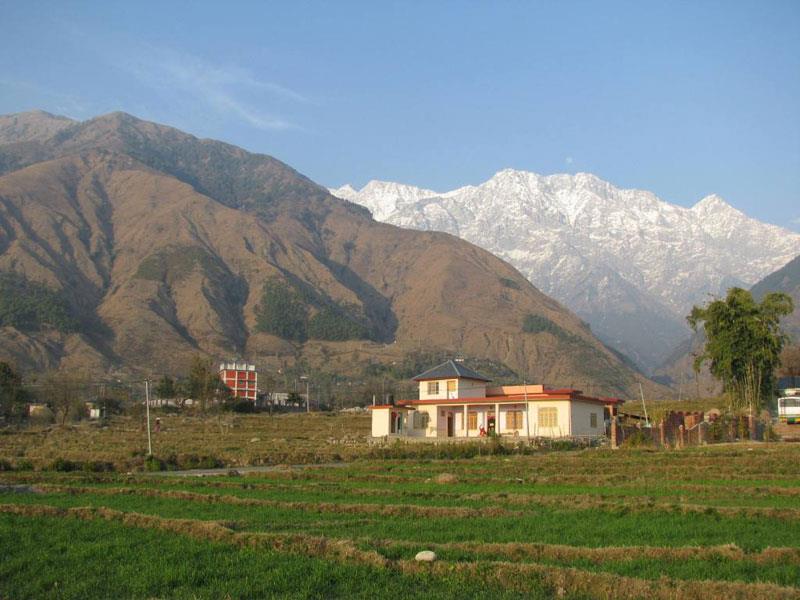 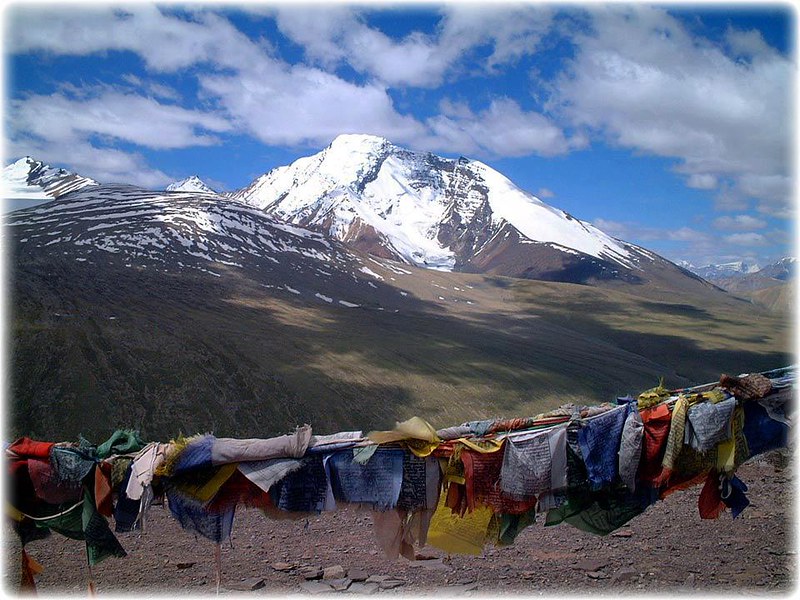 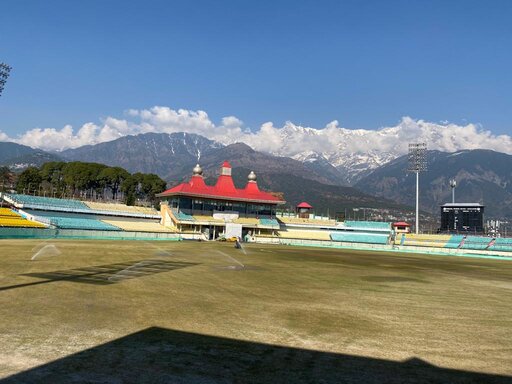 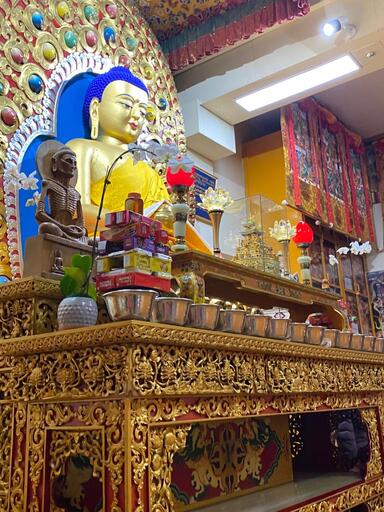 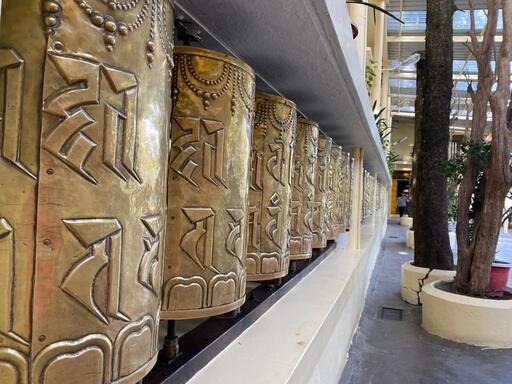 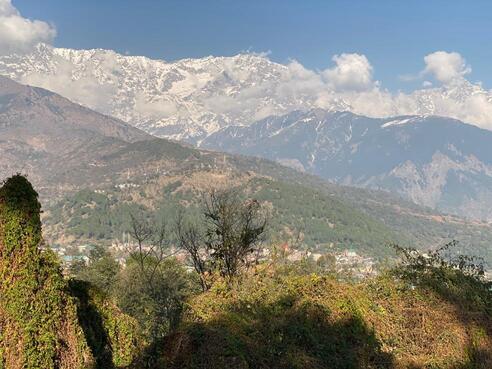 The High snow clad Dhauladhar ranges form a magnificent backdrop to the hill resort of Dharamsala. This is the principal township of Kangra district and overlooks wide spread of the plains. With dense pine and deodar forests, numerous streams, cool healthy air, attractive surroundings and the nearby snowline, Dharamsala has everything for a perfect holiday. It is full of life and yet peaceful. The headquarters of His Holiness the Dalai Lama are at upper Dharamsala. Covering a wide area in the form of twin settlement, lower Dharamsala (1380m) is a busy commercial centre. While upper Dharamsala (1830m) with the suburbs of Mcleodganj and Forsytheganj, retains a British flavor and colonial lifestyle. The charming church of St. John in the wilderness is situated here and this is the final resting place of Lord Elgin, a British Viceroy of India during the 19th century. There is also a large Tibetan community who have made this place their home. Numerous ancient temples like Jwalamukhi, Brijeshwari and Chamunda lie on the plains below Dharamsala.

By Air : Dharamsala can be approached by air from Delhi. The nearest airport is at Gaggal, 13 km away.

By Rail : Pathankot, the nearest broad gauge railway station is 85 km away and the toy train station is 17 km at Kangra.

By Road : From Pathankot the drive takes about three hours or you can drive from Delhi (526 km) via Chandigarh, Kiratpur and Bilaspur and takes 12 hours. From Delhi and Shimla luxury buses ply to Dharamsala. HPTDC operates a regular Luxury coach from Delhi to Dharamsala.

Taxis and Buses for Dharamsala are available at both places.

Kangra Art Museum ,Kotwali Bazar : This treasure trove of the Kangra Valley displays arts, crafts and rich past, artifacts that date back to the 5th century. It includes a gallery of Kangra's famous miniature painting and a representative collection of sculptures, pottery and anthropological items. Shamianas and dresses used by local royalty, old carved doors, jails, lintels and pandals are also on display Coins, jewelry and manuscripts are included. A section houses the work of contemporary artists, sculptures and photographers.

War Memorial : At there start of town, landscaped lawns and a web of narrow paths fill a pine grove where a monument has been raised to commemorate the post independence war heroes of Himachal Pradesh.

Kunal Pathri :  A 3 km level walk from the Kotwali Bazaar leads up to this rock temple.

St. John's Church : 8 km from Dharamsala, between Forsythganj and Mcleodganj is the charming church of St. John in the Wilderness. Under the shade of deodar branches, a memorial has been erected over the body of the British Viceroy, Lord Elgin who died at Dharamsala in 1863. There is a well tended old graveyard on these grassy sloped.

Mcleodganj : Often called the Little Lhasa, at 1770m is the residence of His Holiness, The Dalai Lama. The Tibetan Government in exile has been head quartered here for over three decades. The impressive monastery has larger than life images of the Buddha, Padmasambhava and Avaloktwshwara. The large Tibetan community and the presence of traditional architectural designs drawn from Tibet have enhanced the area. Tibetian handicrafts and garments are available on sale every Sunday. The Tibetian Institute of Performing Arts is just a km away and organises a ten day festival from the second Saturday of April.

Dal Lake : 11 km from Dharamsala and surrounded by deodar trees this is an enchanting and serene picnic spot.

Bhagsunath  : Close to fresh springs, this ancient temple is 11 km from Dharamsala. It is a popular picnic spot and the famous slate quarries are close by.

Chinmaya Tapovan  : 10 km from Dharamsala on the banks of the rivulet Bindusaras, is an ashram complex established by the late Swami Chinmayananda, a noted exponent of the Gita. The complex includes a 9 meter high image of Lord Hanuman, a magnificent Rama Temple, a meditation hall, a school, and a health and recreation centre.

Nurpur  : 66km from Dharamsala and 26 km from Pathankot, Nurpur is famous for old fort and a temple of Brijraj. Nurpur acquired its name in 1672, when Jahangir, the Mughal Emperor named it after his wife Nurjahan.

Other Attractions : The temple of Jwalamukhi, Chamunda Devi and Brijeshwari Devi are other pilgrim centers close to Dharamsala. The fort of Kangra and Ma11ngarh are other attractions.

Adventure Activities & Sports : Between May and October, the Dhauladhar ranges offer an enormous variety of trekking and rock climbing.

Fishing : The 20 km stretch of the river Beas between Nadaun and Pong Dam offers ample opportunities in angling for Mahaseer.