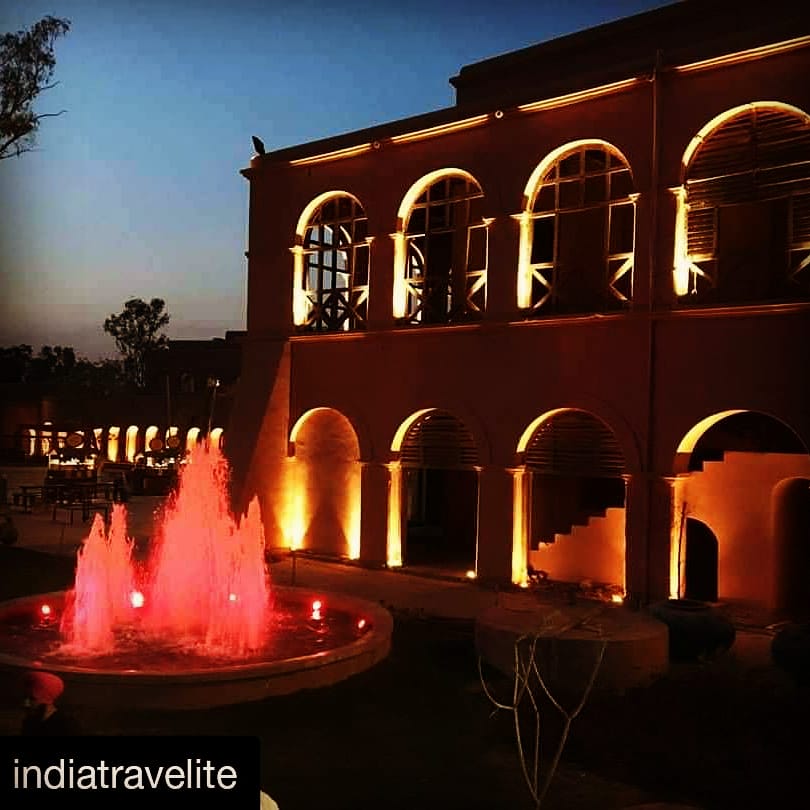 Destination Details
Tour in and around Amritsar
Hotels in Amritsar

Gobindgarh Fort – the very symbol of Punjab. A symbol of the times when Punjab was forged. Spread across a grand 43 acres, right in the heart of Amritsar city, this magnificent, heritage site has a glorious history of its own, spanning across over 257 years-  right from the era of the Bhangi Misl to Maharaja Ranjit Singh- The Lion Of Punjab- to  the British East India Company to The Indian Army. And now finally it opens its gates to the people of Punjab.  Discover the grand stories of the past.

The Gobindgarh Fort experience is the perfect blend of History, Culture and Technology. It’s Edutainment at its best.

SHER-E-PUNJAB (Lion-of-Punjab) a show on Maharaja Ranjit Singh. A 7D show on Maharaja Ranjit Singh in a never before seen format - which will transport you to the 19th century in an immersive way. The show will leave you enchanted. A preview will introduce you to the ages just before the Maharaja forged the powerful state of Punjab. Internationally renowned film director, Mr. Ketan Mehta, has directed this show.

Timings: Throughout the day

THE SPIRIT OF PUNJAB – live performances of amazing forms from the state- GATKA-GIDDA-BHANGDA  - Punjab’s rich performing art forms are scheduled full day-From the energetic Bhangda to the graceful and vibrant Gidda set  to charming folk tunes, as well as the powerful Gatka   will  both amaze and charm you.  And as the sun is about to set, the mood in the fort changes. A grand procession emerges with musicians and dancers in traditional costumes performing a vibrant montage of Punjabi cultural experience with some death defying feats from the incredible martial arts form Gatka.

And then when the night falls, the fort is illuminated with dazzling lights.

Against the backdrop of the original façade of the Dyer’s Bungalow –a wall 100 ft. x 50 ft. see a Multi-Media sound and light show, with laser lights, computer animation and Projection mapping technologies, immerse yourself in the legend of Gobindgarh Fort where these seemingly mute walls, have a story to tell of the sweep of history. This infotainment show, brought to you with 20,000 lumens projectors and 7.1 surround sound, will mesmerize you as you sit in the historic open lawns of the fort and revel in the gorgeous evenings of Amritsar.

The nearest airport is the Raja Sansi Airport at Amritsar which is quite connected with the major cities of the country. Srinagar is the next nearest airport to reach here.

Amritsar railway station is the nearest junction to this place. The superfast train Shatabdi express from Delhi to Amritsar is a very comfortable option. It is also well connected with frequent and comfortable trains to Kolkata, Mumbai, Varanasi, Wagah Border etc.

Nalwa Deorhi-Or Nalwa gate- Named after the Commander-in-Chief of the Khalsa army of Maharaja Ranjit Singh.

Darbar Hall – A military hospital building, erected between 1855 and 1870

25 units of the Indian armed forces were stationed at the fort for almost 50 years after Independence. Come learn how the protectors of India, train for their challenging job.  Scale walls, participate in a war game, take part in net training on special days …new games will keep getting added for you.

HORSE RIDING One of Maharaja Ranjit Singh’s great passions was his love for horses. He had more than 1200 of them in his stables and as many as a 1000 were reserved for him personally. He sometimes used to say that where he felt surest of himself was in the saddle. They say he often took important decisions on horseback. Come ride the horses like Maharaja Ranjit Singh, in princely splendour. Our expert handlers will safely give you a ride even if you are not a rider.

The best of Punjabi food brought to you by the best in the food industry. A special street called Ambarsari Zaika- will make you realize why Amritsar is called the Food Capital of the state.

Here you can tantalize your palate with both vegetarian and Non vegetarian options. Sit under a canopy inspired from the canopies used by Maharaja Ranjit Singh or pick up fare from wooden food carts made in the traditional old style.  No set menus. No compulsions. Only complete freedom to satisfy all your tastes- Sweet –Spicy and Sour.