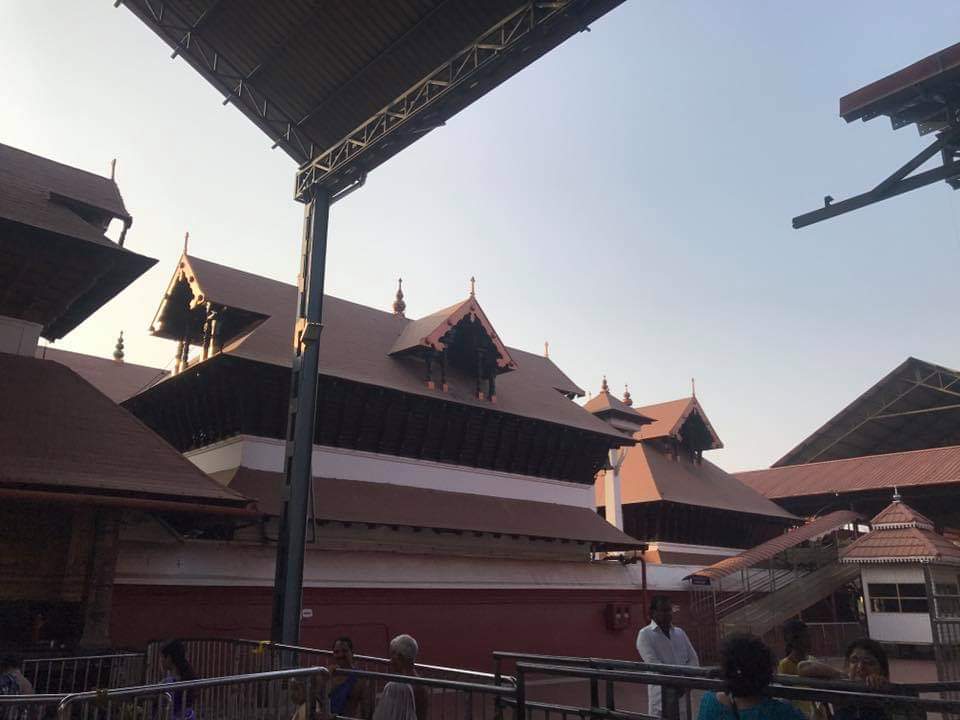 Guruvayoor is one of the most sacred and important pilgrim centres of Kerala. Its main attraction is the Sree Krishna Temple, considered the Dwaraka of the South. This historic temple is shrouded in mystery. According to belief, the temple is the creation of Guru, the preceptor of the Gods, and Vayu, God of the winds. The eastern NADA is the main entrance to the shrine. In the Chuttambalam (outer enclosure) is the tall 33.5 m high gold plated Dwajasthambam (flag-post). There is also a 7 metre high Deepasthambam (pillar of lamps), whose thirteen circular receptacles provide a truly gorgeous spectacle when lit. The square Sreekovil is the sacred sanctum sanctorum of the temple, housing the main deity. Within the temple there are also the images of Ganapathy, Lord Ayyappa and Edathedathu Kavil Bhagavathy. Renowned for its healing powers, people make an astonishing range of offerings here to the Lord. One of the most popular offerings is the Thulabharam, where devotees are weighed against bananas, sugar, jaggery and coconuts equivalent to their weight. Only Hindus are allowed inside the temple.

By Rail : The Nearest Railway Station is Guruvayur

By Road : Guruvayoor is well connected to other major cities of the country via regular buses.

Mammiyoor Temple : Many of the devotees who visit the temple also visit the Shiva Temple at Mammiyoor, the abode of Lord Shiva. Located about half a Kilometer from Guruvayoor, it is not only a visiting place for the devotees, but also a temple worth visiting by ordinary visitors.

Chavakkad Beach : Chavakkad Beach with its virgin waters, will entice you to come again. The famous mural paintings will certainly touch a deep chord in your heart and bring out the hidden artist in you. The beauty of the beach and its mesmerising atmosphere is an experience you wouldn't want to miss.

Punnathur Kotah : This lovely elephant sanctuary is attached to the Sree Krishna Temple at Guruvayoor. The open green area is the home of around 55 temple elephants. An utterly captivating place indeed!

Thrissur Pooram : Thrissur Pooram'is the most spectacular festival celebrated at the Vadakkumnathan temple every year during April/May.It is one of Kerala's grandest ancient temple festival, which includes colourful processions of caparisoned elephants and a midnight fireworks display can be witnessed from the crowded streets of Trichur