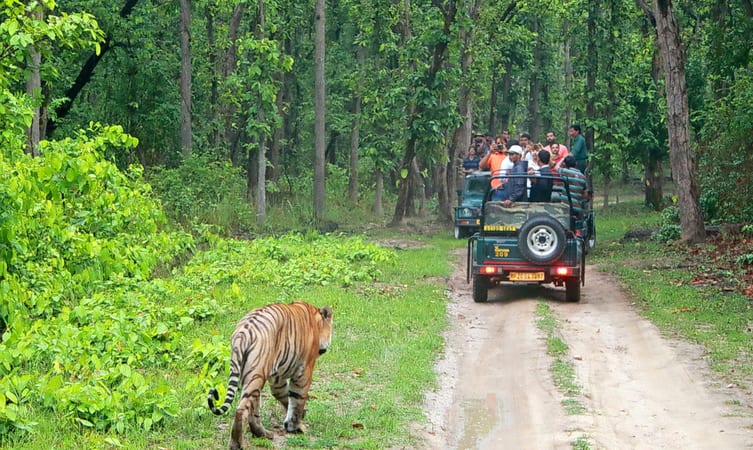 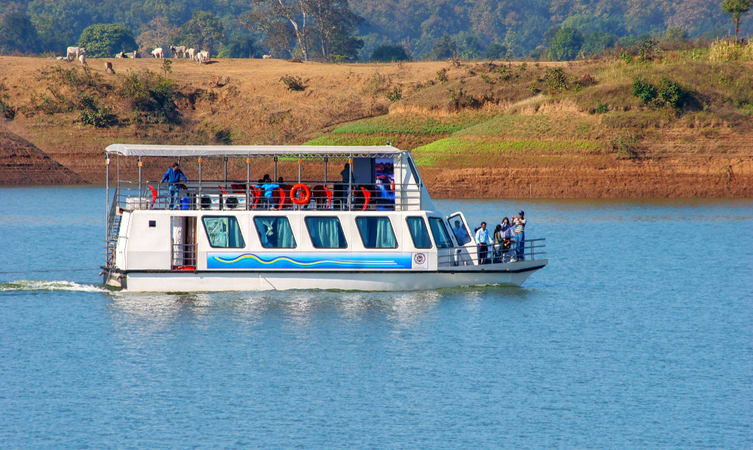 Under the brightly lit moon, 100 feet tall mountains of marble change forms as the river Narmada passes through it. This view is so scenic that it stays with you for long. But this is just one of the many gifts that Jabalpur offers.

Here you will enjoy the privilege to experience surreal spectacles of nature romance man's endeavours to carefully preserve the breath-taking imperial history. No wonder it has been a witness to some of the greatest episodes written by history, folklore and mother nature.

Jabalpur is sure to amaze you, whichever direction you turn to, reminiscent of your trips to fun-fairs as a child.

Pleasure resort and capital of the Gond Kings during the 12th century, Jabalpur was later the seat of the Kalchuri dynasty. The Marathas held sway over Jabalpur until 1817, when the British wrested it from them and left their impression on the spacious cantonment with its colonial residences and barracks. Today Jabalpur is an important administrative centre, abustle with commercial activity.

The original settlement in this area was ancient Tripuri and the rulers of this city, the Hayahaya, are mentioned in the Mahabharata. It passed successively into Mauryan and then Gupta control until, in 875 AD, it was taken by the Kalchuri rulers. In the 13th century it was overrun by the Gonds and by the early 16th century it had became the powerful state of Gondwana. Though besieged by Mughal armies from time to time, Gondwana survived until 1789 when it was conquered by the Marathas. Their rule was unpopular, due largely to the increased activities of the thuggees who were ritual murderers and bandits. The Marathas were defeated in 1817 and the thuggees subdued by the British who developed the town in the mid 19th century.

By Air : With the nearest airport, the Jabalpur Dumna airport, at a distance of mere 20 kms. from the city, travelling is hassle-free. Jabalpur is also well connected with Mumbai, Delhi, Hyderabad, Pune, Nagpur, Bhopal, and Indore by air.

By Road : Frequent cab service to Jabalpur is available from all major cities such as Bhopal, Indore and Raipur.

Madan Mahal Fort : Built by the Gond ruler, Raja Madan Shah, in 1116 atop a rocky hill, the fort dominates the skyline and provides a panoramic view of the town and the country side around it.

Sangram Sagar and Bajnamath : These medieval constructions were built by the famous Gond King, Sangram Shah, between 1480-1540.

Rani Durgavati Memorial and Museum : Dedicated to the memory of the great Queen Durgavati, it is her memorial and museum which houses a fine collection of sculptures, inscriptions and prehistoric relics.

Tilwara Ghat : From where Mahatma Gandhi's ashes were immersed in the Narmada, and venue of the open session of the Tripuri Congress in 1939.The 12th century Mala Devi Mandir, Pisan Hari Jain Temples and Roopnath are some of the other sites in and around Jabalpur which merit a visit.

Roopnath : Roopnath, 84 km from Jabalpur, is famous for a Lingam dedicated to Shiva and placed in the cleft of a rock.

Bilhari : 14 km from Katni. Many pieces of ancient sculpture have been found here.

Nohta : 81 km from Jabalpur, Nohta is believed to have been the capital of the Chandela kings in the early 12th century. About 2 km from the village of Nohta is a Shiva temple, where a Kartik fair is held annually. A few Jain ruins can also be seen in Nohta.

Mandla & Ramnagar : 95 km south of Jabalpur, Mandla is known for its fort which is situated in a loop of the Narmada river so that the river protects it from three sides, with a ditch on the fourth. Built in the late 17th century, the fort is now subsiding into the jungle, although some of the towers still stand.About 15 km away is Ramnagar with a ruined three- storey palace overlooking the Narmada. The palace and then the fort were both built by Gond kings, retreating South before the advance of Moghul power. Near Mandla there is a stretch of the Narmada where many temples dot the riverbank..

Rookhad : 101 km from Nagpur on N.H. No 7 (26 km from Seoni) lies Rookhad, a charming retreat in Bison country. Rookhand is a wildlife sanctury adjacent to the Pench National Park.

Balancing Rock : You won't believe your own eyes on seeing this magic trick by Mother Nature,which stood as it is even in an earthquake of 6.5 magnitude.

Chausat Ypgini Temple : A Steep flight of 108 stairs and you will be awe-struck by this 10th century temple with a massive diameter of 125 feet.

Pisanhari ki Madiya : Folk says this beautiful Jain pilgrim centre was built 500 years ago by a poor lady who used to grind flour.