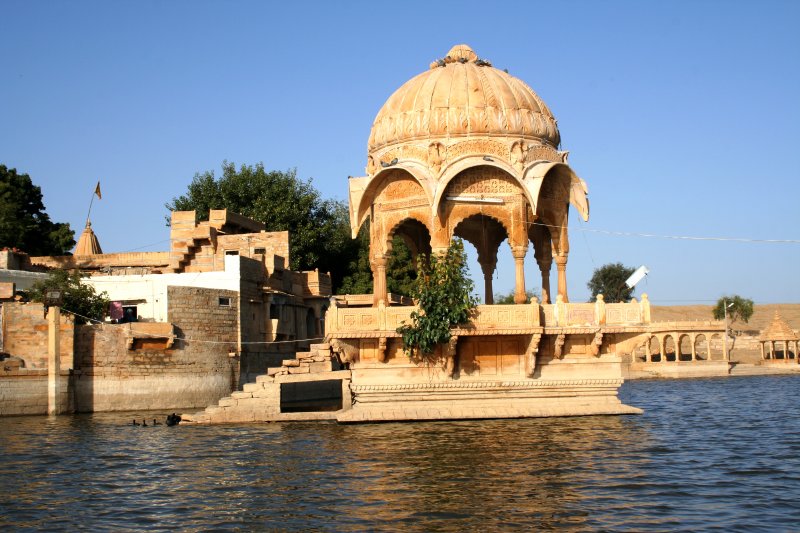 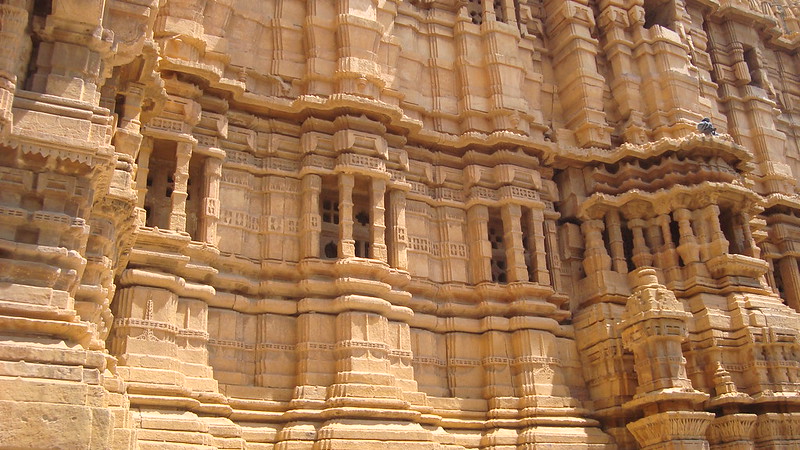 Destination Details
Tour in and around Jaisalmer
Hotels in Jaisalmer

If geology interests you, then Jaisalmer is where you need to journey. The Wood Fossil Park or Aakal is located about 15 kilometres away from the city. Here, one can discover and trace geologic tragedies that occurred in the Thar Desert 180 million years ago. The city of Jaisalmer also acts as the guard to western Rajasthan (and India’s) frontier. This 'Golden City’ is located close to the Pakistan border and in close proximity to the Thar Desert. The city’s most prominent landmark is the Jaisalmer Fort, also called Sonar Qila (Golden Fort). Unlike most other forts in India, Jaisalmer Fort is not just a tourist attraction. It houses shops, hotels and ancient havelis (homes) where generations continue to live.

Jaisalmer traces its inception to the 12th century. History tells us of Rawal Jaisal, the eldest heir of the Rawal of Deoraj, was passed over for the throne of Lodurva and a younger half-brother was crowned king. Rawal Jaisal went looking for a new location to set up his capital when he came across sage Eesul. The sage told him about Krishna’s prophecy which said that a descendant of his Yaduvanshi clan would found a new kingdom at this same spot. It was in 1156 that Rawal Jaisal constructed a mud fort, named it Jaisalmer after himself and declared it his capital.

By Air : The closest airport is Jodhpur airport which is 284 kms away.

By Road : Jaisalmer is connected to Jodhpur, Bikaner and Jaipur by bus and taxi.

By Rail : There is a direct train service between Jaisalmer and Delhi, with a few trains connecting the two cities.

Jaisalmer Fort : The Jaisalmer Fort also goes by the name Sonar Quila (Golden Fort) as it rises from the desert itself and seems to become one with the golden hues of the sand. The setting sun adds its own magic and shrouds the fort with mystique. The fort is constructed in the classic style of the royals by local craftsmen. This fort is a world heritage site and forms an important plot point in one of Satyajit Ray’s famous Feluda stories and corresponding movie, Sonar Kela (The Golden Fortress).

Jaisalmer Government Museum : Established by the Department of Archaeology and Museums, it is a prime attraction for tourists visiting Jaisalmer. The most striking display is the trophy of Rajasthan‘s state bird Godawan (the great Indian bustard). Traditional household items, rock-cut crockery, jewellery and statues from the 7th and 9th century AD displayed here are remnants of the city’s rich cultural heritage.

Nathmal Ji Ki Haveli : Two architect brothers built Nathmal Ji Ki Haveli in the 19th century. They worked on the haveli from two sides and the outcome is a beautiful blend of the symmetrical construction. Miniature style paintings and mighty tuskers carved out of yellow sandstone are used for decoration.

Salim Singh Ki Haveli : This haveli was built in the first half of the 18th century and a part of it is still occupied by descendants of the original residents. The high arched roof is supported by carved brackets designed in the shape of peacocks. Legend has it that there were two additional wooden storeys that made it match the Maharaja's palace in height, but he ordered for the upper level to be demolished.

Patwon Ki Haveli : Among the largest and the most elaborately carved havelis in Jaisalmer, this five-storey structure sits proudly in a narrow street. While the haveli has lost some of its early glory, a few paintings and mirror work art can still be seen on the inside walls.

Mandir Palace : The five-storeyed majesty of the Badal Mahal (Cloud Palace) is further enhanced by its pagoda-like Tazia Tower. Each floor of the palace has an intricately carved balcony. The Badal Palace owes its beauty to the skills of Muslim craftsmen who moulded the tower in the shape of a Tazia (a float that’s part of the procession of Muharram).

Jain temples of Jaisalmer : The Jain Temples located inside the Jaisalmer Fort date back to the 12th and 15th centuries. The temples are dedicated to Rikhabdevji and Shambhavdevji, famous Jain hermits known as 'Tirthankars' (wise teachers who taught people how to attain nirvana). Like all other structures in Jaisalmer, the temples are carved out of yellow sandstone. They have been built in the famed Dilwara style which is known for its beautiful architecture.

Gadisar Lake : Gadisar Lake was constructed in the 14th century by Maharawal Gadsi Singh to meet the water needs of his arid lands. Considering its importance, many small temples and shrines were constructed around it, transforming it into a pilgrimage centre and a tourist attraction.

Bada Bagh : About 6 kilometres to the north of Jaisalmer lies Bada Bagh, also called Barabagh (literally Big Garden). This garden complex houses chhatris or royal cenotaphs of the Maharajas of Jaisalmer state, including that of Jai Singh II. The location of the garden is such that it offers wonderful sunset vistas to tourists.

Desert National Park : The Desert National Park displays the best of the Thar desert’s ecosystem and its varied wildlife. The Park is formed of undulating sand dunes, jagged rocks, dense salt lake bottoms and inter-medial areas. Various species of animals such as black buck, chinkara and desert fox inhabit the Park. The highly endangered Great Indian Bustard, one of the world's heaviest flying birds, can also be seen here. In winter, the park hosts an incredible variety of migratory raptors such Himalayan and Eurasian Griffon Vultures, Eastern Imperial Eagle, and the Saker Falcon.

Kuldhara : 84 medieval villages were abandoned by the Paliwal Brahmins overnight. The two most prominent of them are Kuldhara and Khabha, located about 18 and 30 kilometres respectively from the southwest of Jaisalmer. The ruins of Kuldhara and Khabha are fine examples of architectural excellence of that era and are a treat for shutterbugs. Several stories abound, but nobody is really sure why the mass exodus took place. Villagers believe the place is cursed and hesitate to venture inside.

Tanot Mata Temple : Some 120 kilometres away from Jaisalmer is the Tanot Mata Temple. Tanot Mata is considered to be a reincarnation of Goddess Hinglaj. There are many stories of how during the 1965 India-Pakistan war, Tanot was under heavy attack and shelling. However, none of the shells or bombs fired at the temple exploded. This reaffirmed people’s faith that Goddess the temple. Post the war, the Border Security Force (BSF) rebuilt the