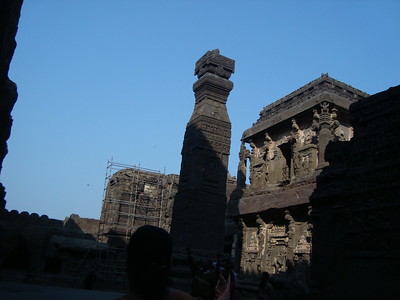 The Jalgaon district is one of the smallest districts of Maharashtra, located at the edge of Maharashtra’s northern boundary enveloped by Madhya Pradesh on the north Dhule and Akola districts on the west and east respectively. The district is bounded by undulating landscapes of the Satpura ranges on the north and the Ajanta mountain ranges in the south. The district has abundant water resources with Tapi and its tributaries flowing through the district. The district also has Bhusaval town which is a major rail yard. Jalgaon city is the district headquarters. Jalgaon includes varied topographical features and a landscape, consisting of wild hills and forests, rich gardens and groves, stretches of barren plain, low rolling rocky hills and intensely gullied (bad land) topography near major river banks.

Regionally, there are three well-marked belts of landscapes stretching from east to west parallel with the Tapi: in the center is the rich Tapi valley; in the north is the high and wild Satpuda hill range; and in the south and southwest there are bare ridges and rich well-watered valleys flanked by the Ajanta hill range. There are three chief hill ranges in Jalgaon District: the Satpuda in the north, the Hatti in the southeast, and the Ajanta or Satmala in the south.

Jalgaon has a plethora of culture, wildlife and natural scenic tourism potential. However, the district has seldom promoted or marketed itself as a tourist destination. Most of the tourists visiting Jalgaon are from neighbouring districts of Maharashtra, Gujarat and Madhya Pradesh, making it a local tourism destination. The tourists are restricted to the summer vacations, or religious days. Due to its mythological roots, the region witnesses’ huge crowds during the Shrawan season of the Hindus and the Ganpati days. There is also a fair share of Mahanubhav Panthis and Varkaris visiting religious destinations. Jalgaon’s greatest advantage is in being closest railway stop over destination for the world heritage site of Ajanta caves which in itself witnesses more than 5 million tourist arrivals from across the world

By Air : The Nearest Airport is Aurangabad Airport 160 kms

By Rail : Jalgaon is well connected to other major cities of the country via regular trains.

By Road : There are regular buses from other major cities of the country to Jalgaon