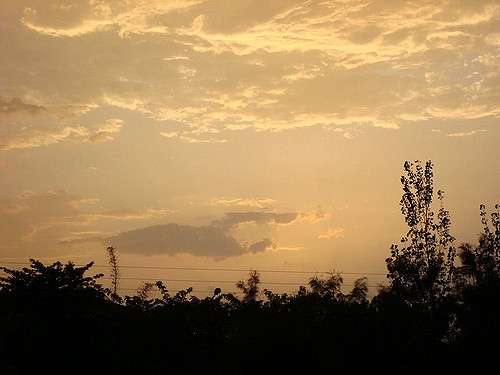 Spread across 940 sq.km, Kanha National Park is one of the largest parks in Madhya Pradesh where the majestic royal Bengal tigers are found in good numbers.

The Park is respected globally for saving the Barasingha from near extinction. No doubt, it is one of the best managed parks in Asia and a part of Project Tiger. National Geographic's award winning 'Land of the Tigers' was shot here, but the park is home to leopards, wild dogs and Barasingha as well.

A safari in Kanha will surely get you thrilled, the way you were on your first trip to the zoo, as a child.

Kanha's sal and bamboo forests, rolling grasslands and meandering streams stretch over 940 sq. km in dramatic natural splendor. This is the original Kipling country, of which he wrote so vividly in his Jungle Book. The abundance of wildlife species exists today in Kanha National park, which forms the core of the Kanha Tiger Reserve created in 1974 under Project tiger. The park is the only habitat of the rare hardground barasingha. One of the finest and the best administered National Parks in Asia, an irresistible attraction for all wildlife lovers and a true haven for its animal and avian population.

By a special statute in 1955, Kanha National Park came into being. Since then, a series of stringent conservation programmes for the protection of the park's flora and fauna has given Kanha its deserved reputation for being one of the finest and best administered National Parks in Asia, an irresistible attraction for all wildlife lovers and a true haven for its animal and avian population.

If the natural splendour at Kanha is to be fully enjoyed, a visitor may have to stay there at least for four days. The best time for visit is from Feb to Jun. The park is closed during the monsoon, from July to October. Light-coloured cottons and woollens are advised. Bright colours can scare away the animals. Bamni Dadar is the most beautiful area of the park. The forest is quite dense here. Adding to the delight of the thick wood is the sight of a sambar or the four-horned antelops crossing the landscape. Government jeeps are available on hire for touring the park. Elephants are used for tiger-tracking. Jackal and sambar are frequently seen. Blackbucks, spotted deer, sambar and jackal are seen often in peripheral meadows. Four-horned antelopes, striped heyna, Indian fox, tiger and wolf are rarely sighted. There are 22 species of mammals in the park. Birds can be watched from the hills. There are 200 species of them, like white-breasted kingfisher, crested serpant, racket-tailed drongo and red-wattled

By Air : Nearest airport is Jabalpur airport (170 kms) which is well connected to Delhi, Mumbai, Hyderabad, Bhopal and other major cities. Second best option is Nagpur airport (290 kms). Raipur airport (260 kms) can be preferred as the third option.

Sonf Meadows : Popular for spotting Barasinghas,as they are found in good numbers here.

Kanha Museum : Preserving skeletones of reptiles and animals,this museum also gives an understanding of the tribal culture in the region.

Kanha Meadows : Tourists have claimed to have seen tigers here on many occasions making this spot famous for tiger spotting.

Sindoor Trees : Sindoor,used regularly in Indian households,is extracted from this trer variety which is found in abundance here.

Shravan Tal : The pond where Shravan Kumar,the devoted son in Ramayana ,came to fill water for his blind parents.

You will feel the anticipation build steadily as you embark on a jeep safari through the forest. Come upon tigers lazing in muddy pools, leopards hiding in trees, howling jackals, dancing peacocks, moody bison – the wildlife here is as immense and varied as the landscape

Go on safari perched atop and elephant and explore this jungle the way it was years ago. Your quiet ride responds to its fellow animals of the wild as it trudges through the misty thickets in the cool morning air. This is the best way to explore the deep, wild recesses of Kanha’s forests.

Set your own pace

Wander along a marked nature trail in the buffer zone with an experienced naturalist, and study the forest’s delicate ecosystem up close. It is a fantastic way to learn about the more unsung creatures that call Kanha National Park their home.

Nearby Attractions to Kanha :

Kanha you may visit jabalpur for the Marble Rocksflanking the Narmada river.