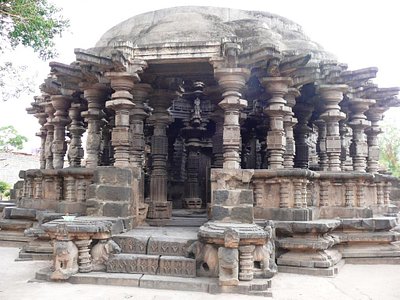 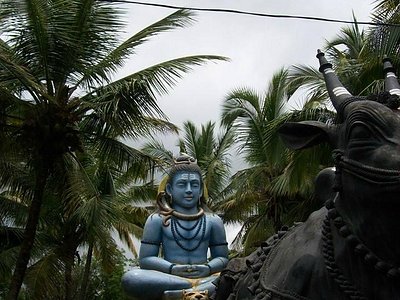 Kolhapur is one of the most easily approachable cities in Maharashtra that offers abundant tourist attractions and also serves as an important travel hub to explore other places. Not only does the city have its famous Mahalaksmi Mandir that draws millions of pilgrims each year but is also a nodal point to visit Panhala Fort and a wildlife sanctuary just a few kilometers away.

Located 377 kilometers from Mumbai and 237 kilometers from Pune, Kolhapur is very well-connected with most of the cities in Maharashtra by a good network of roads and railway. For the devout, it is the temple of Goddess Mahalakshmi in Kolhapur that is a big draw, it being the most revered shrine in the state. That apart, Kolhapur also serves as a base for making single day trips to many other places, all of them unique in their own ways.

Fort Panhala, for example, is a ‘must see’ place, just 18 kilometers northwest of the city. Commanding a truly majestic view of the valleys, it is said to have been built by the Shilahara rulers of Kolhapur in the 11th century. Since then it always has been a strategic location for many of the ruling dynasties that controlled Kolhapur, including the Yadavas, Bahamanis, Adilshahis, and Marathas. Further, close to Panhala is the famous Jyotiba shrine. Many devotees from Maharashtra, Goa and Karnataka visit this shrine frequently. At the foothill of the shrine are the Buddhist caves that are said to have been in existence since the 3rd century.

To the southeast of Kolhapur is the equally popular shrine of Lord Dattatreya at Nrusimhawadi in Shirol taluka. The shrine is located on the bank of river Krishna. About 25 kilometers from this shrine is the Koppeshwar Mandir in Khidrapur. The temple is an icon in terms of its architectural wonder and sculptural beauty. The temple and the shrine of Dattatreya can be visited in one day by private vehicle and a night halt, if required, is possible at Nrusimhawadi.

To the east of Kolhapur at about 20 kilometers is the wonderful Siddhagiri Gramjivan Museum. Maintained by the Kadsidheshwar Math, it displays ancient India, and in particular the age-old self-sufficient rural system, some of the peculiar festivals observed ages ago, a typical bazaar and much more, all in sculptural form. For nature lovers, the Dajipur Wildlife Sanctuary should be a priority on the travel list since it is known for its bison. Located 46 kilometers from Kolhapur and also known as the Radhanagari Wildlife Sanctuary, it is spread over an area of 351.16 square kilometers. Along with the bison you will find here tigers, leopards, sloth bears, Giant Squirrels, Mouse Deers, Barking Deers, and so on. The Radhanagari Dam built by Rajarshi Shahu Maharaj of Kolhapur is near the sanctuary.

Within the city limits is the Town Hall Museum that not only offers an exciting glimpse of our rich Indian heritage, especially through its relics of the Brahmapuri settlement, but also is unique for the fact that it houses the paintings and portraits of some of the best known artists of the country. One of the sections that attract many is the one that showcases weapons. This is a myriad collection ranging from Stone Age axes to guns used in World War I. Also on display are swords of different types from the Mughal and Maratha empires. Further ahead, along with the shields made from the hides of rhinoceros and tortoises are some historical weapons such as the Gurj, Madu and Gupti. There also are various kinds of pistols, small cannons, German helmets and bayonets.

There are no flights between Mumbai and Kolhapur.

There are very few direct trains from Mumbai to Kolhapur. The minimum time a train takes to reach Kolhapur from Mumbai is 10h 05m.

Take Mumbai – Pune Express way then join on the Pune -  Banglore Highway, NH 4 up to Kolhapur. By car it takes around 6 hrs to reach Kolhapur. There are state transport buses and even private buses plying frequently between these two cities. Kolhapur is very well connected to all the major cities.