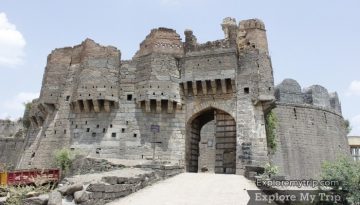 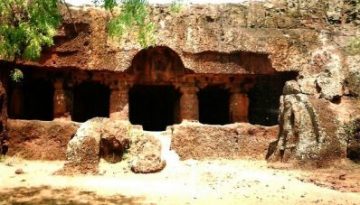 It is the 16th largest city in the Marathwada region of the state of Maharashtra.The district headquarters are situated at Latur City. The district is situated on the Maharashtra Karnataka boundary.

The use of medicinal herbs and plants by the locals of the district has been vastly studied and practised within the local residents of the surrounding areas. Due to influence of various rulers namely the Satavahanas, the Sakas, the Chalukyas, the Yadavasof Deogiri, the Delhi Sultans, the Bahamanirulers, Adilshahi, and the Mughals, Latur shows versatility in the architecture and culture ranging from Medieval forts and fortified towns like Udgir and Ausa,Kharosa Caves, temple architecture to Jama Masjid, Planned market place like Ganjgolai .Latur, Udgir and Ausa were three planned medieval cities of different era like Rashtrakutas, Bahamani and Mughal is now developed as major urban areas and tehsils of Latur District. The economy of Latur district is largely based on agriculture with over 91% of the land area under agriculture. Latur serves as one of the marketplaces and transportation centres for agriculture commodities produced in the district as well as in the neighbouring districts.

Latur was home to a branch of Rashtrakutaswhich ruled the Deccan from year 753-973AD. It was over the centuries, variously ruled by the Satavahanas, the Sakas, the Chalukyas, the Yadavasof Deogiri, the Delhi Sultans, and the Bahamanirulers of South India, Adilshahi, and the Mughals.Later in the 19th century it became part of the independent princely state of Hyderabad under the Nizam. The chief of Nizam's Razakar army Qasim Rizwi was from Latur. Earlier known as Naldurg tehsil, in 1905 it was merged with surrounding areas and renamed as Latur tehsil belonged to the part of Osmanabad district. On August 15, 1982, Latur has had an independent identity as a separate district by carving out from Osmanabad district.The first Rashtrakuta king Dantidurga was from Lattalut (Kannada: ),probably the ancient name for Latur. Anecdotally, Ratnapur is also mentioned as a name for Latur. The King Amoghavarsha of Rashtrakutas developed the Latur city, originally the native place of the Rashtrakutas. The Rashtrakutas who succeeded the Chalukyas of Badami in 753 A.D called themselves the residents of Lattalut

By Road: There are regular buses from other major cities of the country to Latur

Ganj Golai : Ganj Golai is commercial hub of Latur and has as many as 16 roads leaving from it. The main building was constructed in early 20th Century and there is a temple of Goddess Ambabai.