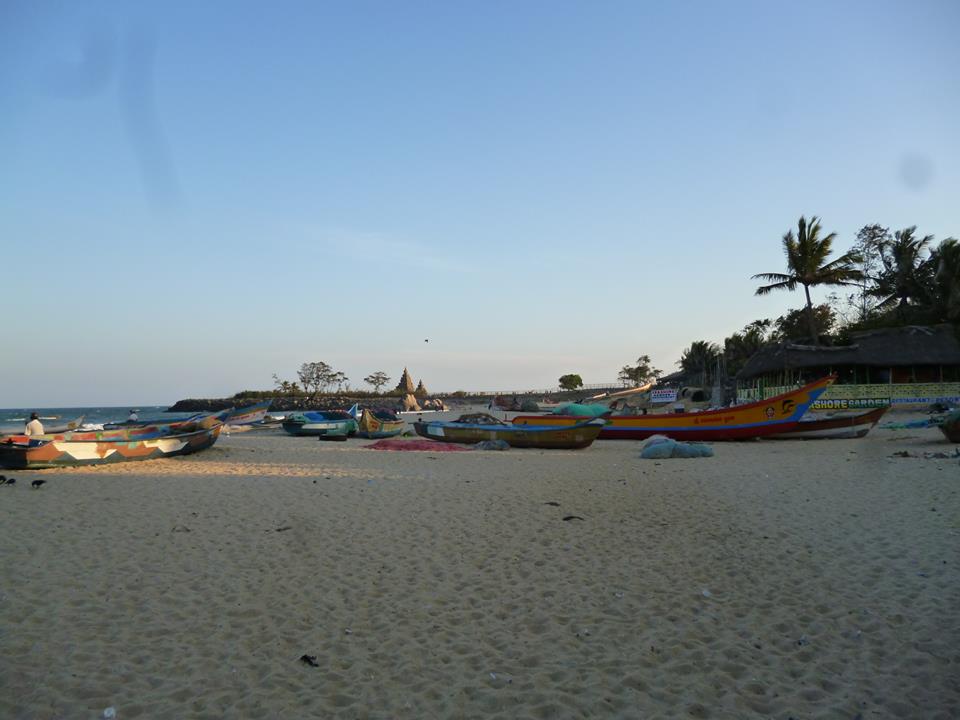 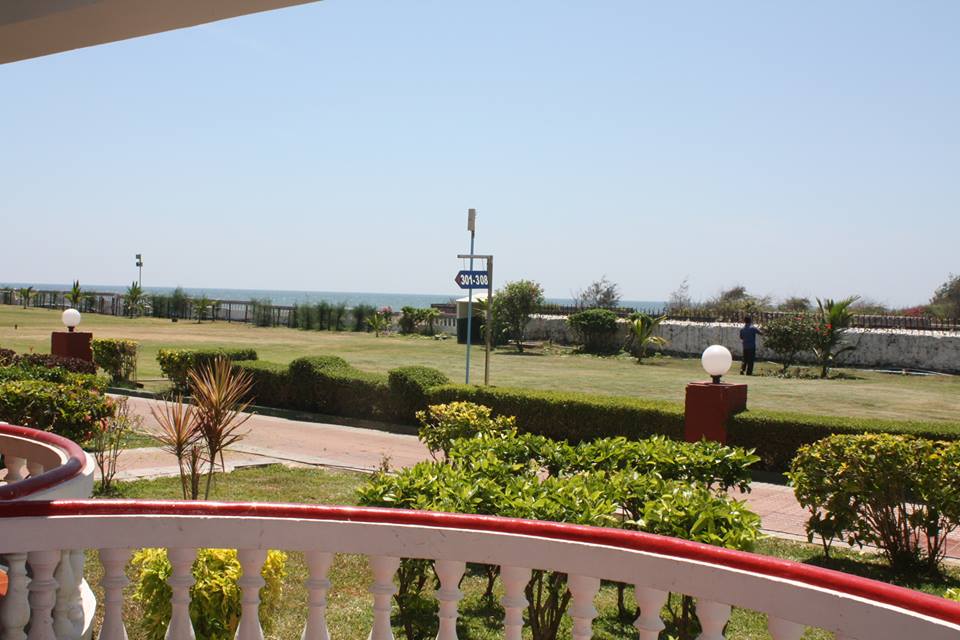 Mamallapuram, 60 km/39 Mile south of Chennai, is an ancient seaside town, where you could see splendid specimens of Pallava art which flourished from about 600 to 750 AD. The monuments of Mamallapuram, most of them rock-cut, belong to the earliest phase of Dravidian temple architecture. Mythological episodes, epic battles, demons, gods, animals, all vividly depicted on the wall sculptures are breathtaking real and artistic.

Though it is no longer a port ,Mamallapuram has retained its fame,thanks to the great Pallava artisans. It is among the most outstanding examples of Dravidian art and architecture and the jewel in the crown of the Pallava contribution to Tamil Nadu. In a land that is liberally strewn with some of the best in temple art, Mamallapuram holds its own, and stands as a silent yet eloquent witness to the glory of its creators and sculptors. Unfortunately most of the work was left incomplete, and time and naturel have also eroded the remains of this once great port.

Despite this, Mamallapuram's wonders in rock leave visitors enthralled, conveying as they do, an impression of beauty, harmony, gentle wit and humour. The monuments are floodlit at night and so it is possible to enjoy their beauty even after sunset. The Mamallapuram dance festival is conducted every year during Jan - Feb. It is a month long festival and dances are organised during the weekends. Classical dances such as Bharatanatyam, Kuchipudi, Kathakali and Odissi are performed by well known exponents of the art.

By Air : The Nearest Airport is Chennai 50 kms away.

By Rail : The Nearest Railway Station is Chengalpattu Junction 25 kms.

By Road : Mahabalipuram is well connected to other major cities of the country via regular buses.

Caves : There are nine rock cut cave temples. The MCavesahishasuramardhini cave, contrasting the goddess fighting a demon on one side, and Lord Vishnu's cosmic sleep on the other, is a particularly remarkable one.Krishna Mandapam: This cave has a big bas relief, notable for its realistic representation. The panel relates one of the stories of Lord Krishna. Bas-Relief.- The World's largest bas relief measuring 27m X 9m is the pride of Mamallapuram. This huge whale back shaped rock contains figures of gods, demigods, men, beasts, birds and infact, representatives of the entire creation.

Five Rathas : These rock-cut templTempleses are rated as excellent example of Pallava art. Shaped in different styles, the five structures are named after the Pandava brothers of Mahabharatha and Draupadi. These are monolithic temples, each created in a different style, They are also known as the Pancha Pandava Rathas, and the fort of the rathas are supposed to have been scooped out of a single rock formation.

The Shore Temple : This is one of the oldest temples in South India. It belongs to the 8th Century AD and is a good example of the first phase of structural temples constructed in Dravidian style.

Tiger's Cave : It is 5 kms North of the main monument complex, and on the way to Chennai. It has an open air theatre, where cultural programmes were held for the benefit of the royal family.