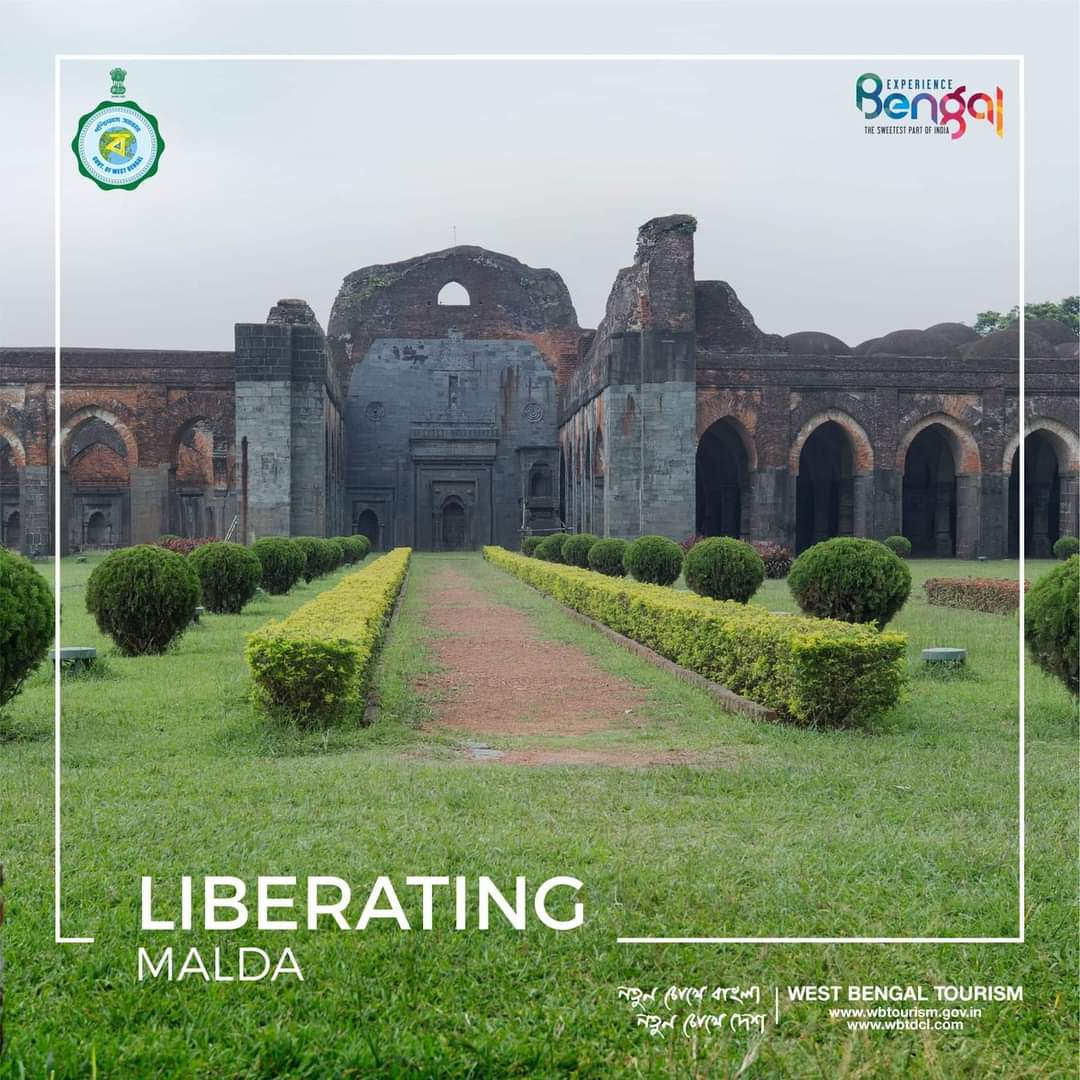 The gateway to North Bengal, Malda. With its rich history and heritage, is one of the most famous tourist destinations of West Bengal. Nestled at the confluence of the Mahananda and Kalindi rivers. Malda town, with all its grace, adds to the beauty of Bengal.

Malda was previously known as English Bazaar. It got that name from the English factory that was established here in 1771. From Malda, you can visit Gaur and Pandua. Gaur was the capital of three dynasties of ancient Bengal - the Buddhist Palas, the Hindu Senas and the Muslim Nawabs. Pandua, once the alternate seat of power to Gaur, has the third largest concentration of Muslim monuments in Bengal. Historical monuments include the mosque Jami Masjid (1566) and the landmark Nimasari tower across the river. The Malda Museum has a great collection of the region's architectural and anthropological specimens.

During the 18th century, Malda was the seat of prosperous cotton and silk industries. The area grows rice, jute, legumes and oilseeds. Malda is also famous for its mangoes and mulberries.

By Road : You can easily get regular buses to Malda from other major cities of the country.

Mango Cultivation : Malda Mango that is quite popular due to its warm sweet taste. Stored in safe and clean conditions. Our mango pulp assures no contamination and is widely demanded in the market due to its longer shelf life. Our clients can avail from us Malda Variety Mango Pulp and also fresh mango that is processed in our own processing unit. Naturally ripened and then sorted such that only the fruit with optimal maturity reaches the production process. The Indian Mango Pulp offered by us is processed from fresh quality mangoes and without using and taste & color additive.

Gour Banga University : Gour Banga University established in the year of 2009. 12 km south of Malda, right on the Indo-Bangladesh border, is one of the mostimportant historical places of 14th and 15th century Bemgal. It has immense value from the archeological point of view. The relics that are particularly worthseeing are the Bara Sona Mosque aka Boro Sona Mosque aka Baro Duari Mosque, Dakhil Darwaja aka Salami Darwaja (built in 1425), Qadam Rasul Mosque and the ruins of the extensive fortification. There are colorful enamelled tiles on the Gomti Gate and Firoz Minar.

Pandua : 18 km north of Malda is another important site of archaeological importance that has some impressive Muslim architecture, including the vast Adma Mosque built by Sikander Shah in 1369. It is one of the largest mosques in India, was built over a Hindu temple, and has 378 small domes. The Eklakhi mausoleum and several smaller mosques are the other places of attraction in Pandua.

Jagjivanpur : The discovery of a Copper Plate Charter of 9th century in Malda has revealed that the Pala ruler Mahendrapala,who claimed himself as the son and successor of Devapala, granted a piece of land to Mahasenapati Vajradeva to build a monastery there. The archaeologists found five major mounds viz. Tulabhita, Akhridanga, Nimdanga, Maibhita in and around the village of Jagjivanpur. of these, the mound Tulabhita is the biggest and most impressive and was first selected for excavation.During the excavation a brick-built monastery with its sanctum, bastion-cum-cells, varandah, toilets,steps complex , well, courtyard, entrance has been discovered.The archaeologists claim that the monastery bears resemblance with the great Vikramsila Mahavihara.A bronze image of seated Buddha in Bhumisparsha Mudra along with another metal image of Buddhist Goddess Marichi, huge number of terracotta seals, plaques, beads of semi-precious stones and terracotta pot shreds were recovered during excavation.

English Bazar : English Bazar, the district headquarters which lends its name to the district, during its early days grew up only near the side of the river Mahananda, and now the place is known as Phulbari. Some of the oldest houses can be found here. The city started to grow since 1925-1930. Now nearly a half-million people live in this city, and it is one of the biggest cities of West Bengal. It is a part of the former Gour. The town is recognized as the English Bazaar municipality. Its notable railway station is named as Malda Town.