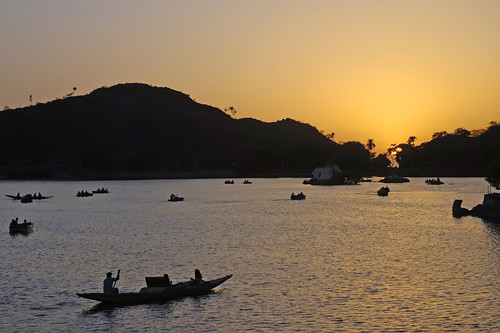 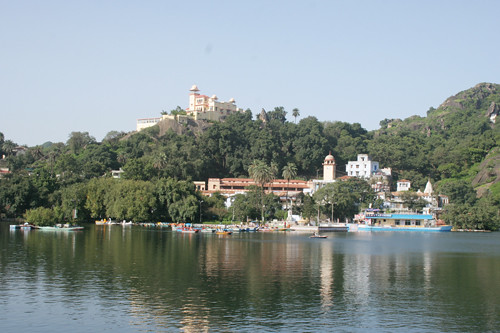 A pleasant retreat set amidst the lush forested hills. Mt. Abu is a green oasis in the barren dessertscape that’s Rajasthan.Situated at the southern tip of the Aravali range, the hill retreat owes its cool climate to its rich flora covering the entire hillside that includes coniferous trees and flowering shrubs. The road leading to Mt. Abu is a curved one characterized by arid region dotted with huge rocks in weird shapes and high velocity winds.

The only hill station in Rajasthan, Mount Abu is more that just a summer retreat. Its stunning array of exquistie Dilwara Jain Temples, dating back 11th –13th centuries, make it a popular pilgrimage centre.

‘Abu’ according to a legend, stands for the son of Himalayan, deriving its name from Arbuada, the powerful serpent who rescued Nandi, the sacred bull of Lord Shiva, from a chasm. Mount Abu has been home to many sages and saints. Most famous of them was Sage Vashishtha who is believed to have created four Agnikula Rajput clans from a fire-pit by performing a ‘yagna’ or fire sacrifice, to protect the earth from the demons.

The yagna was performed besides a natural springs situated below Abu, emerging from a rock shaped like a cow’s head and hence the site was called Gaumukh.

By Rail : The Nearest Railway Station is  Abu Road.

Gaumukh Temple : A natural spring flowing through a sculpted cow’s head gives the shrine its name. The famous ‘yagna’ of Sage Vashishtha was performed here. A beautifully sculpted hill temple of Arbuada – the mighty serpent, stands against the beautiful backdrop. Nearby is the magnificent marble image of Nandi, the celestial bull rescued by Arbuada.

Nakki Lake : A tiny lake, picturesquely set amid hills. The lake is dotted with several islets approachable by a boat. Of particular interest are strange rock formations around the lake. Especially notable is the Toad Rock which looks like a real toad about to jump into the lake. Others are Nun Rock and Nandi Rock etc. Set in the heart of the town, the lake gets its name from the legend that it was scooped out by the gods with their finger nails or ‘Nakh’. It is the only artificial lake in India that is 1200mts. above sea level.

Adhar Devi Temple : The temple is chiselled out of a huge rock reached by a flight of 360 stairs. A favourite tourist spot.

Sunset Point : Spectacular sight of the setting sun when the hills are covered in the golden glow can be viewed from here.

Honeymoon : Also known as Anadra Point, it offers an enchanting view of the verdant plains and valleys. The place looks most beautiful during the dusk hours.

Delwara Jain Temples : These beautifully carved temples built between 11th and 13th century A.D. are sheer elegance in marble, dedicated to the Jain Tirthankaras.The Vimal Vasahi temple is the oldest of these dedicated to the first Tirthankaras. Built in 1031 A.D. (by Vimal Shah – a merchant and representative of the then Gujarat ruler), it is a superb example of temple architecture. The central shrine has an image of Rishabhdev and large courtyard with 52 small shrines, each housing a beautiful statue of tirthankaras with 48 elegantly carved pillars form the entrance to the courtyard. The Lun Vasahi Temple, dedicated to the 22nd Tirthankaras – Neminath, was built in 1231 A.D. by two brothers – Vastupal and Tejpal, Ministers of Raja Vir Dhawal, a ruler of Gujarat – belonging to the Porwal Jain community.With door casings. pillars, architraves, and sculptures on porticos, the temple is a fine specimen of craftsmanship.

Shri Raghunathji Temple : Situated near the ‘Nakki lake’ is the temple dedicated to Shri Raghunathji with a beautiful image of the deity that was placed here in 14th century A.D. by Sri Ramanand – the famous Hindu Preacher.

Gardens and Parks : Beautifully laid parks and gardens are interspersed throughout the hilly paradise. Ashok Vatika, Gandhi Park, Municipal Park, Shaitan Singh Park, and Terrace Garden are some of the noteworthy gardens.

Museum and Art Gallery : Located at the Raj Bhawan, it has a collection of archaeological excavations dating back to 8th -12th century A.D. It also has Jain bronze carvings, brassworks etc., for viewing.