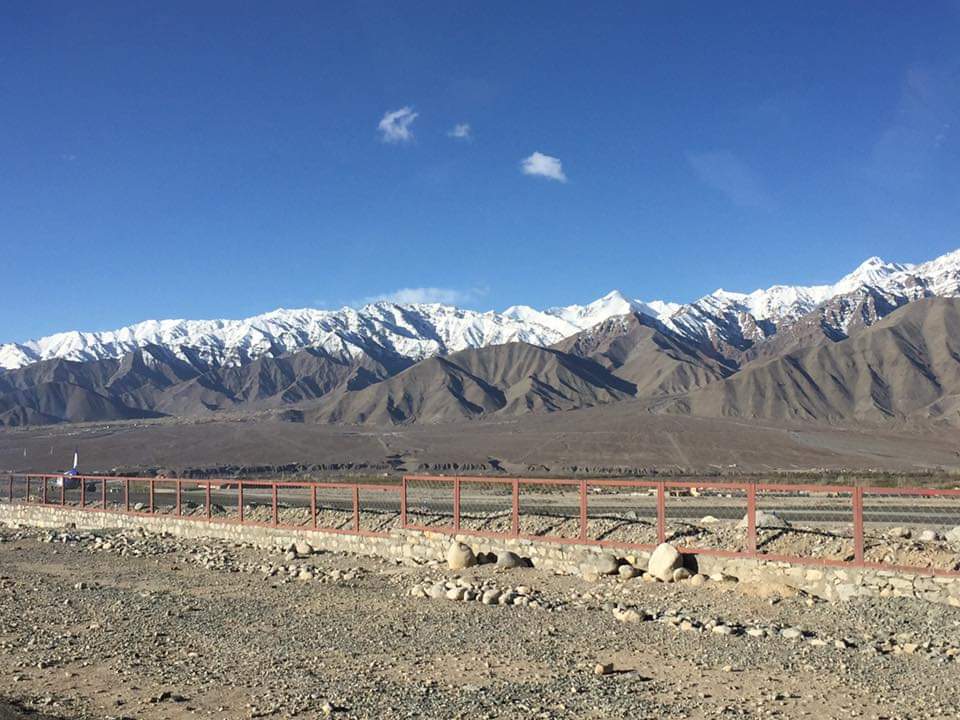 Ladakh is a paradise for adventure enthusiasts. Mountaineering in Ladakh is every mountaineer’s dream. Climb the arduous peaks and marvel at the panoramic views of the surroundings. The Himalayan and Karakoram ranges test the climbing skills of the professional hikers and give a chance to novice to pursue their passion. Mountaineering adventure in Ladakh instills the quality of leadership, self-reliance and discipline in those who are eager to scale the heights of the snow-laden peaks. There are various popular sites for mountaineering in Ladakh which are mentioned below:

A popular range in Ladakh is Stok-Kangri. One of the scenic mountains in the world, Stok-Kangri offers utter tranquility to the hikers. The ascent of the peak challenges even the experienced climbers. Climbing is tiresome and requires great stamina both mentally and physically. Mountaineers must make sure to get acclimatized before opting for any mountaineering expeditions in Ladakh.

Nun Kun is another favored mountain massif for partaking in Ladakh mountaineering adventure tour. A pair of two peaks Nun and Kun, take the thrill of mountaineering to the next level. Nestled in the Zanskar ranges, Mount Nun is the highest mountain in the region. Unpredictable weather, glacial formations, vertical ice walls, icefall slopes add to the fun quotient. Lots of experience in mountain hiking is highly recommend before embarking on this astounding high-altitude expedition.

Chamser Kangri is quite simple and facilitates an easy climbing experience. Although easy, yet the peak poses a challenge for the mountaineers. The thin air prevailing at the area is a major barrier. Lungser Kangri is easy but a bit tough to walk up.  Mountaineering in Ladakh becomes so much fun when it comes to traverse these two peak. The breathtaking views of the Changthang Plateau and Western Tibet render the mountaineers in a state of awe.

Markha Valley with Stok Kangri requires excellent climbing and mountaineering skills. Conquer many gorges, mustard fields and exotic bed of barley. Walk on the rocky tracks, narrow ridges and thick snow. The quintessential mountaineering adventure in Ladakh is not less exciting by any means. The mountaineering trail further probes into ethnic culture of the Indo-Tibetans residing in the remote villages cradled between steep and lofty ridges.

Another popular trail for mountaineering in Ladakh is from Rumtse to Tso Moriri Spangnak Ri. The thrill of hiking doubles as you get the bird’s eye view of nearby surroundings. Boast of reaching Tso Moriri, the largest highest altitude lake. The mountaineers will be crossing mountain passes, river crossings and barren lands. The stunning trail is simply matchless.

It is always better and advised to keep equipment needed for mountaineering in Ladakh handy. So, here is a checklist which can make your mountaineering experience an easier one.

Permission or Permit Required for Mountaineering

A permission from the Indian Mountaineering Foundation is required for Mountaineering in Ladakh. Depending upon the fame and height of the allotted peak, a specific fee is charged. A Liaison Officer is then appointed to each climbing team. Six months is the minimum period required for the processing of an application for permit. Adequate rescue coverage is provided to every authorized expedition in case of any illness of accident.

Ladakh is accessible by roadways only during the summer season as the NH 1 and Zoji La remains closed during the winter due to heavy snowfall. Buses and taxis are easily available from Kargil, and Srinagar to reach Ladakh. The road trips to Ladakh from Delhi, Chandigarh and Manali are quite a famous adventure activity.

Nearest railway station to Ladakh will be in Jammu, which is well connected with all the prominent metropolitan cities of India. From the Jammu railway station, there are no direct buses to Leh. State Tourism Buses from Jammu are available till Srinagar. Thereafter take J & K State Road Transport Corporation (J&K SRTC) deluxe or ordinary bus from Srinagar to Leh. Avoid taking direct buses to Leh from Srinagar, take a halt at the Kargil.

Ladakh has its own airport in Leh - Kushok Bakula Rimpochee Airport, which is also one of the highest commercial airports in the world at 3,256 m (10,682 ft) above mean sea level. From the airport, tourists can easily get a car to reach any destination in Ladakh or their accommodation.