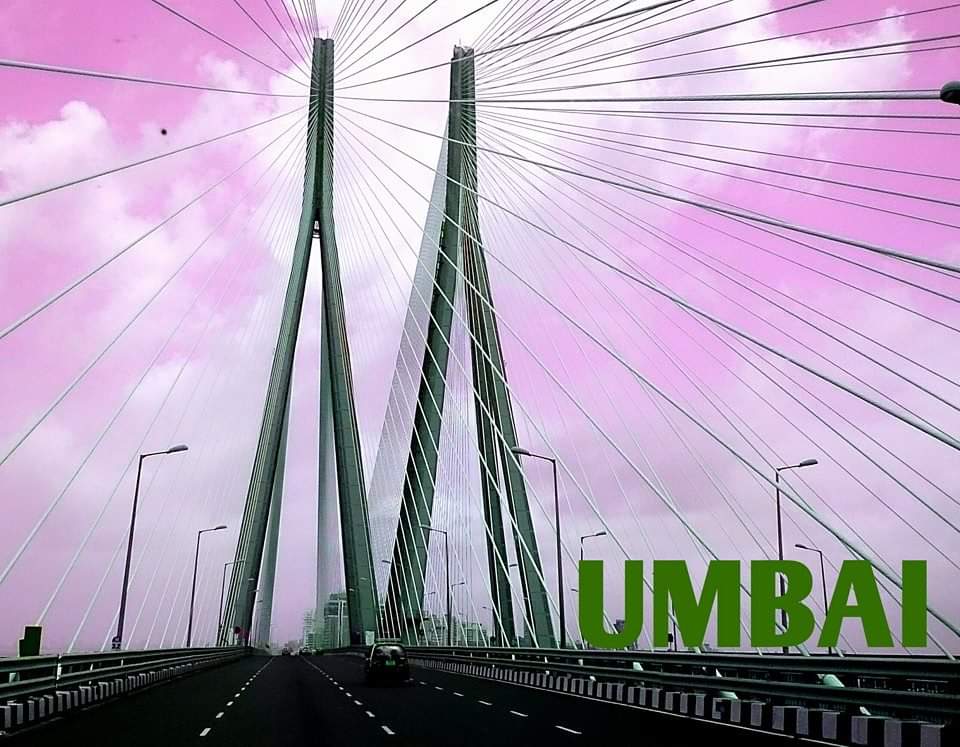 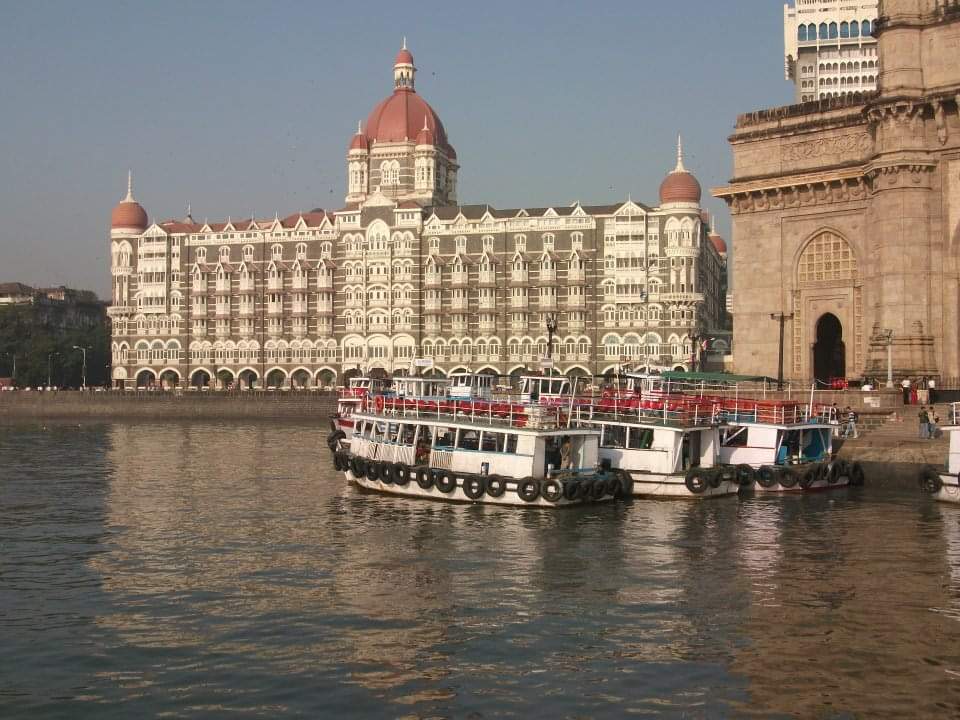 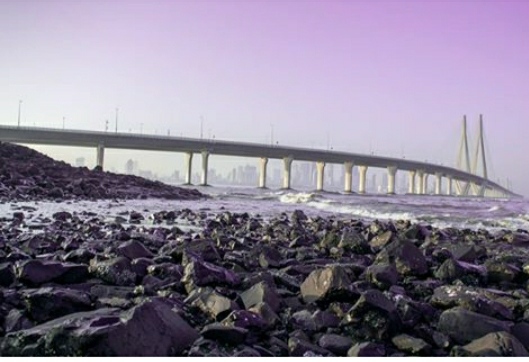 Mumbai is a cluster of Seven Islands and derives its name from Mumbadevi, the patron goddess of the koli fisher folk, its oldest inhabitants. Mumbai pulsates with activity. It is a city that is disciplined by no time frame neither day nor night. Mumbai is also the country's financial powerhouse, the nation's industrial heartland, and its economic nerve center. Dazzling shopping arcades, exciting sport activity, night clubs & discotheques, theatre & music, gourmet restaurants and interesting sightseeing. Mumbai offers visitors a heady mix of all this and more.

The harbour and widebay between the city aTaj Mahal Hotelnd its main land has allowed Mumbai to be a natural shipping and trading centre.

Mumbai is in all ways a mega-city driven by power, wealth, glamour and fame which attracts people to give shape to their dreams and aspirations. But it is also a city with strong historical links, wonderful British architecture, museums, beaches, places of worship, and above all, a true galaxy of stars where Bollywood reigns supreme.

It is said that every train that comes to Mumbai brings on it hundreds of people from across India who are not only drawn to ‘experience’ the city’s mesmerizing attractions but would also like to make it their home. A city of diverse cultures and a melting pot of commerce, industry, entertainment, enterprise, and politics, Mumbai’s trysts with wealth and fame have, however, been recent. It wasn’t a cosmopolitan finance centre to begin with. Its history has witnessed several shifts in power, and the seven islands changed hands frequently.

The seven islands that came to constitute Mumbai were earlier home to communities of fishing colonies. For centuries, the islands were under the control of successive indigenous empires before being ceded to the Portuguese and subsequently to the British East India Company. During the mid-18th century, Bombay was reshaped by the Hornby Vellard Project, which undertook reclamation of the area between the seven islands from the sea. Along with construction of major roads and railways, the reclamation project, completed in 1845, transformed Bombay into a major seaport on the Arabian Sea.

Bombay in the 19th century was characterised by economic and educational development. During the early 20th century it became a strong base for the Indian independence movement. Upon India’s independence in 1947 the city was incorporated into Bombay State. In 1960, following the Samyukta Maharashtra movement, a new state of Maharashtra was created with Bombay as the capital. The city was renamed Mumbai in 1996. And in this short period of development, the city has transformed into the commercial and entertainment capital of India.

Mumbai houses important financial institutions such as the Reserve Bank of India, the Bombay Stock Exchange, the National Stock Exchange of India, the SEBI and the corporate headquarters of numerous Indian companies and multinational corporations. It is also home to some of India’s premier scientific and nuclear institutes like BARC, NPCL, IREL, TIFR, AERB, AECI, and the Department of Atomic Energy. And of course there is the huge Hindi film and television industry that has given it its starry appeal

Road: You can reach Mumbai by road from other cities from central areas like Mulund and Chembur and through Dahisar from western area.

Travelling in Mumbai is very easy and systematic. The modes of travelling in Mumbai are taxi, autorikshaw, local train and BEST Buses. The taxis ply through all of Mumbai between Mulund-V.T and Dahisar-Churchgate in the Mumbai City limits. However you can also get the same to go to Vashi -New Bombay. Autorikshaws ply between Bandra-Borivali and Sion-Mulund. The average fare per Km for taxi is RS. 12.00/- per KM and for auto it is RS. 7.50/-. The taxis and autos ply with meters in which fare is updated as per your KM travel. However the meters are set on old fares, hence you have to pay the conversant cost as per the card carried by taxi/auto driver as approved by R.T.O. Authority can be demanded by you in case of you feel overcharged by the driver. Conversion cost cards is available at all the places in Mumbai. In taxis, you are also having option of AC Taxis-Cool Cabs, which is more comfortable way of travel.

Local trains are on-A/C and are one of the fastest, cheapest and most common modes of travelling in Mumbai. However it is not advisable to travel in train during peak hours. However if you have to travel more than 25 Km from one end of the city to other end of city local train is preferred due to traffic on road. You can take a first class ticket and travel in the First class coach marked with green stripes. For ladies coaches are separate in II ND Class as well as first class. Please beware of pickpockets in locals and BEST buses. In Mumbai local train runs through following routes.

The BEST buses are one of the most efficient modes of travel in terms of service and reliability for shorter and long distances. However it may take more time compared to local train for long distances due to road traffic. The buses are red color generally and on the front and side of the bus route details are written in Hindi Language. However on Some of the Bus Stops route details are given in English on the board. Any problem in locating the bus or route, please check with the persons waiting for the bus at the bus stop who in turn will help you to locate the right bus for you. The minimum fare in the bus is Rs. 2/-. Recently BEST has introduced semi deluxe and Air-conditioned services in the following routes which is the most convenient mode of travel.

Be on the Beach

You can’t visit Mumbai and not have fun on its beaches. Of these, the two most popular are the Juhu Beach and the Chowpatty Beach. The former has metamorphosed from being a narrow sand bar off the coast of Salcette Island in the 19th century to one that has at its edge the most elite suburb of the city. In fact, visitors come here not just for the beach but also to have a look at the imposing bungalows of the film stars. The Chowpatty Beach is the one with larger crowds simply because it is so very accessible. And not only that, it has a row of shops that offer some of the most delicious snacks by way of chaats, bhelpuris, pav bhaji and of course an assortment of kulfis and ice-creams. You can also walk down from here to Marine Drive, called the Queen’s Necklace, and marvel at a skyline that truly defines the soul of Mumbai. Some of the other beaches, located at quite a distance, are those at Madh Island and the ones at Marve and Manori. The one at Gorai is where the Global Vipassana Pagoda is located.

Walk into the Past

Museums in Mumbai have always been a big draw, offering great glimpses into not only the rich past of the city but the country as well. The city has over 15 museums catering to varied subjects such as archaeology, ancient art, natural history, science and technology, contemporary art, flora and fauna, and so on. The biggest of all such museums is undoubtedly the Chhatrapati Shivaji Maharaj Vastu Sangrahalaya. It dates back to 1905 when its foundations were laid by Prince of Wales and is home to a rich collection of artefacts ranging from sculptures, miniature paintings, coins, etc. Another interesting museum is that of the Bombay Natural History Society which showcases a very rare and prestigious collection of faunal biodiversity in India, which includes bird, mammal, reptile, and amphibian specimens – well-preserved and open to researchers too. And there is also the fascinating Nehru Centre which has a permanent exposition, ‘Discovery of India’, which unfolds varied aspects of Indian culture and its journey through times through its 14 galleries.

For anyone who comes to Mumbai, Bollywood is always high on the sightseeing itinerary. But while you may not be allowed to enter the gates of any film studio on your own, there is now a wonderful way of going about it. Take the ‘Bollywood Tour’. It gives you the opportunity to see what happens behind the scenes as you visit the sets of films or television programmes. You may be lucky enough to come close to some of Bollywood’s biggest stars and at the very least you will get an insight into all the creative pain and effort that goes into the making of ‘entertainment’.

Explore the Architecture At Mumbai

Apart from the high-rise buildings that today dominate the Mumbai landscape, the city is also known for the British style of architecture. It also has several other architectural masterpieces as found in caves, forts, churches, mosques, temples, modern shopping malls, huge bungalows, etc. The Chhatrapati Shivaji Terminus, for instance, has been inscribed as a UNESCO World Heritage Site for its highly impressive architectural and technological innovations.