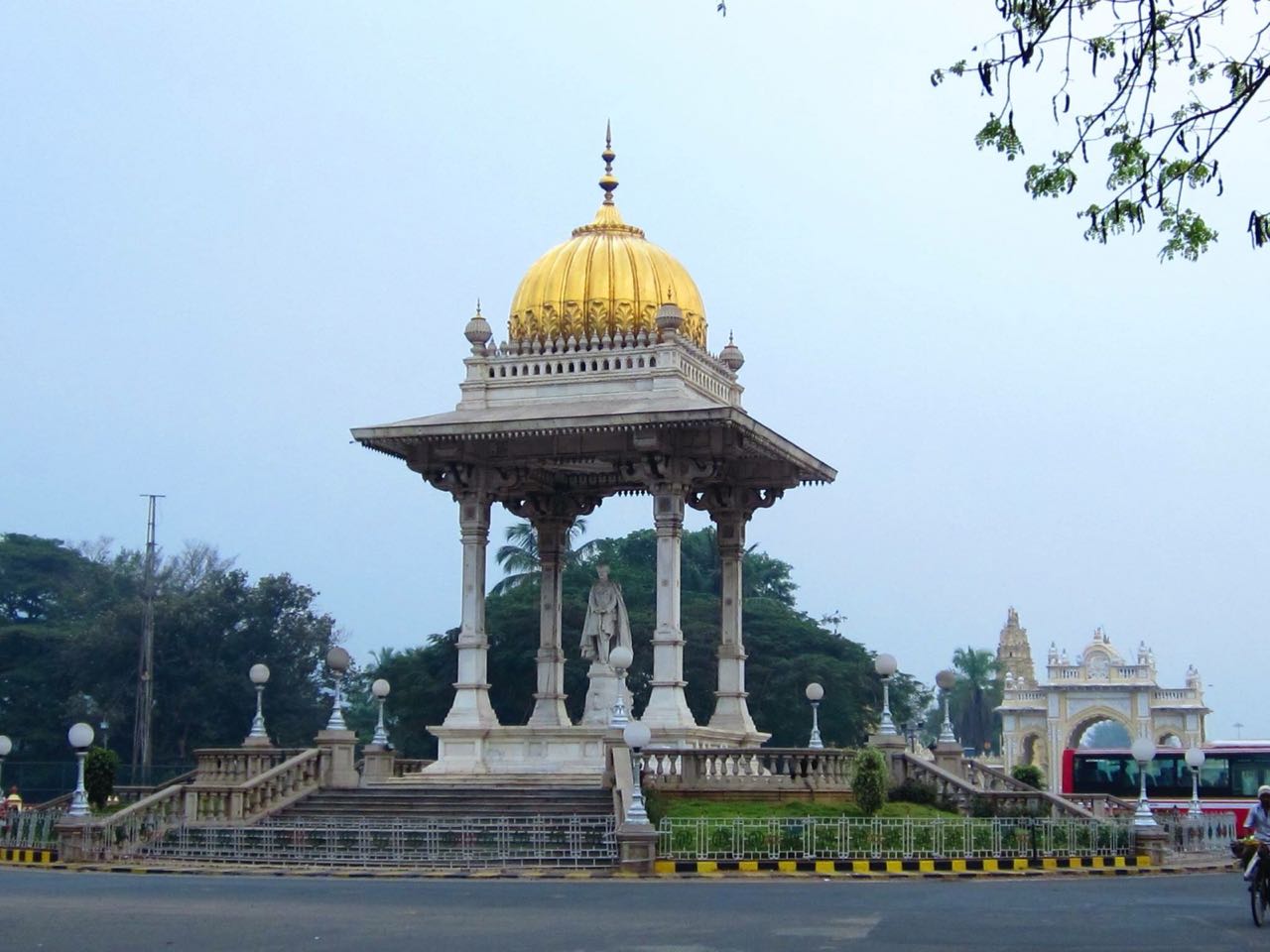 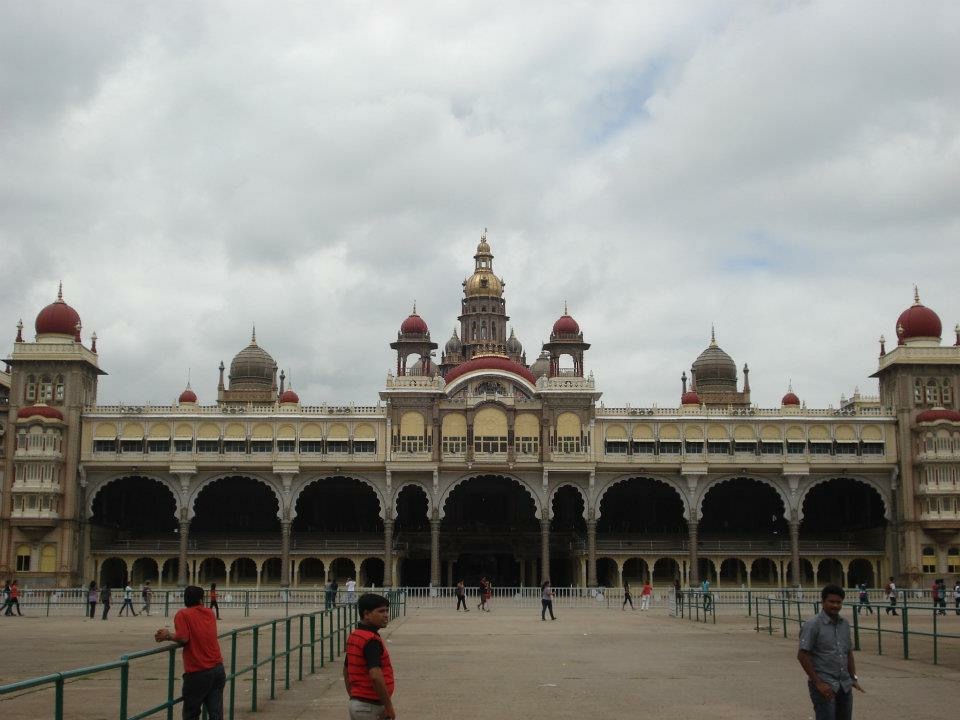 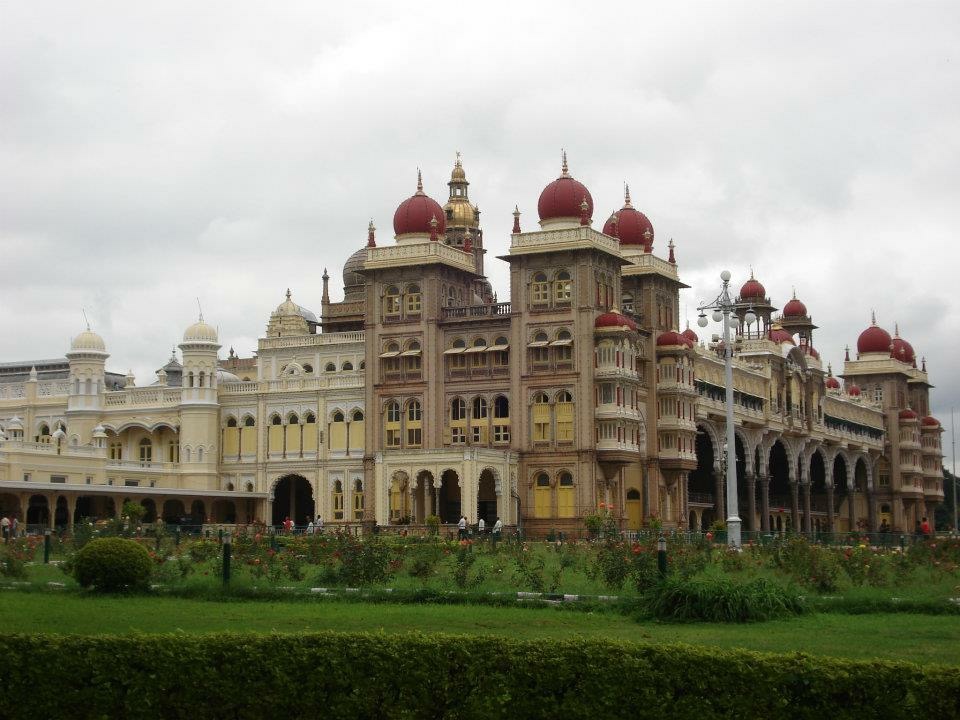 Destination Details
Tour in and around Mysore
Hotels in Mysore

Mysore is yet to, and perhaps will never, get over its past. A past that’s made of kings, queens, conquests, rich patrons, extravagant durbars and pearled hallways must be hard to get over. The streets in Mysore are old and a good part of history can be traced by following their winding paths. The city that gets its name from Mahishasura, the troublemaker demon who was slain by the Goddess Chamundeshwari: whose temple atop the Chamundi Hill watches all over the city has played host to the reign of a long line of Wadiyars, Tipu Sultan and the British Raj.

All roads in Mysore lead to the Mysore Palace, and rightfully so. An ode to magnificence, the Mysore Palace is a marvel of ornate ceilings, jewelled corridors, open mandaps, stained glass windows, vivid paintings and Wadiyar memorabilia - including the jewelled throne. As the main host of the famous Mysore Dasara, the Palace still has the airs of the headquarters of a sovereign. Mysore's other palaces include the Jaganmohana Palace, Rajendra Vilas, Lalitha Mahal (which is now the Lalith Mahal Palace Hotel) and the Jayalakshmi Vilas.

They make it all big and grand at Mysore or so it appears. St. Philomena's Church is awe-inspiring with its Neo-gothic style, built along the lines of the Cologne Cathedral in Germany. The 12th century Chamundeshwari Temple built in the style of the Hoysalas is no less impressive - it also boasts one of the biggest monolithic Nandi statues. If the pretty-as-a-picture Brindavan Gardens are a tad too manicured for your tastes, you can always head for the wilderness of the nearby BR Hills or the Ranganathittu Bird Sanctuary. The latter is comprised of six islets, teeming with water birds including painted storks and pelicans, and is located on the banks of the Cauvery thats teeming with crocodiles. A boating experience here is surreal as much as it is common - it’s not every day you're within an arm’s length from a monster crocodile with no protective fencing in between. Mixed as the flavours are, Mysore offers an experience that has been tried, tested and approved by royalty for centuries.

The Mysore Palace (Amba Vilasa) : The Palace was built in 1912, at a cost of Rs.41.50 lakhs in the Indo-Saracenic style, a combination of Hindu and Saracenic features. The construction of new palace was started in 1897, after the old wooden palace was caught in an accidental fire .Henry Irwin was the architect, and E.W. Fritchley worked as consulting Engineer. The elevation is composed of intricately detailed and variegated elements-a ;profusion of rounded and slightly carved arches, canopies, slender columned colonnades, some with Hindu features in Rajput style, the intricately executed multiple mouldings, marble architraves, stained glass pavilion, durbar halls, panels, fine carvings of birds, foliage, animals in Hoysala style.

Jagan Mohan palace  : The huge pavilion at the front has been used for holding meetings of the Representative Assembly and the convocation of the University of Mysore. The installation of Krishnaraja Wodeyar IV took place in this pavilion in 1902, attended by Lord Curzon, the then Viceroy and Governor-General of India. The Royal family lived in this palace till the construction of the new Amba Vilas Mysore Palace in 1912. Built in 1861 by Mummadi Krishnaraja Wodeyar, the building is in predominantly Hindu style.

Lalith Mahal Palace : Designed by E.W. Fritchley, a much patronized Bombay-based architect of those days, the building was built in 1931 at a cost of Rs. 13 lakhs as a guest house for European visitors of the Maharaja Krishnaraja Wodeyar IV. The building is a majestic two-storey composition of twin Ionic columns, a projecting porch on the ground floor, spherical domes, the circular entrance hall, domination central dome, stained glass embellishment present a regal touch.

Devaraja Market : The market architecture is characterized by a pleasing variance of facade styling and ornamentation with open space designed for easy purchase of fruits, vegetables, flowers and the like. Situated of Sayyaji Rao Road, which was laid over the filled nala (canal), which at one time ran across it, the Devaraja market has shops with meticulously styled frontages and gables. Devaraja Market formed in 1900 now has 722 shops.

Crawford Hall : Built in 1947 to house the Mysore University Offices, the buildings exhibits a grand look with Corinthian open arched verandahs, columns, a heavy multiple moulded entablature, and a plaster-relief picture of Goddess Saraswathi of the central block. Franking wings at two levels have details of balustrade and pierced parapets, Roman arches and Tuscan double columns.

Deputy Commissioner’s office : Built in 1895, it is situated inside the Gordon Park, and dedicated to Sir James Gordon (the Resident of Mysore), whose statue is erected opposite to it. The two storey building with a huge hall served as the venue of Representative Assembly till 1923 and now houses the Deputy Commissioner’s office. With its octagonal dome, with an unusually double-bulb finial resting on a elaborately composed square drum, arches of different shapes, with Corinthian pilasters, and open verandahs leading into high ceiling, inner rooms and halls, represents a typical European-classical style of public buildings.

Government House : This is a typical European- classical structure built in 1805, as the Residency building. The design of the original part of the building described as ‘Tuscan Doric’ was done by Colonel Wilks, the then acting Resident. In plan, the structure consists of a landscaped central atrium with a Tuscan-columned arcade. A three-bayed large banquets hall, a semi-circular ball room of high arched openings, projecting portico, variety of furniture and decorations present a majestic look.

Circle of Chamaraja Wodeyar X : Situated in front of palace north gate, the plan of statue-base is square in composition with Dilwara – styled carved brackets of elaborate design supporting sloping sun-shades. The ribbed dome crowning the canopy is dazzling gilded and distinctly Indo-Saracenic. The marble statue of the Maharaja Chamaraja Wodeyar IV prepared by Robert W. Colton of the Royal Academy was created in 1920.The statue was erected in centre of the Curzon Park which was earlier comprised of houses and moat. It is said that the moat portion of the fort were filled in and laid out as a park for the installation of Maharaja Krishnaraja Wodeyar IV.

Silver Jubilee Clock Tower : The 75ft.Square tower in Indo-Saracenic style, with a curvilinear chajja provides a Rajasthani touch to the domed canopy. The 5ft diameter of the c