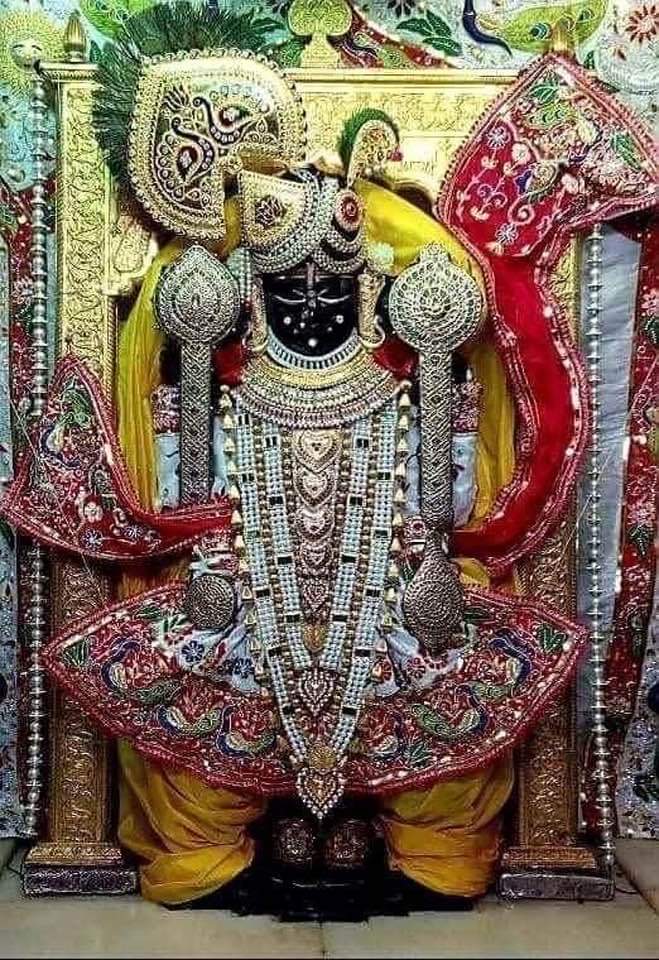 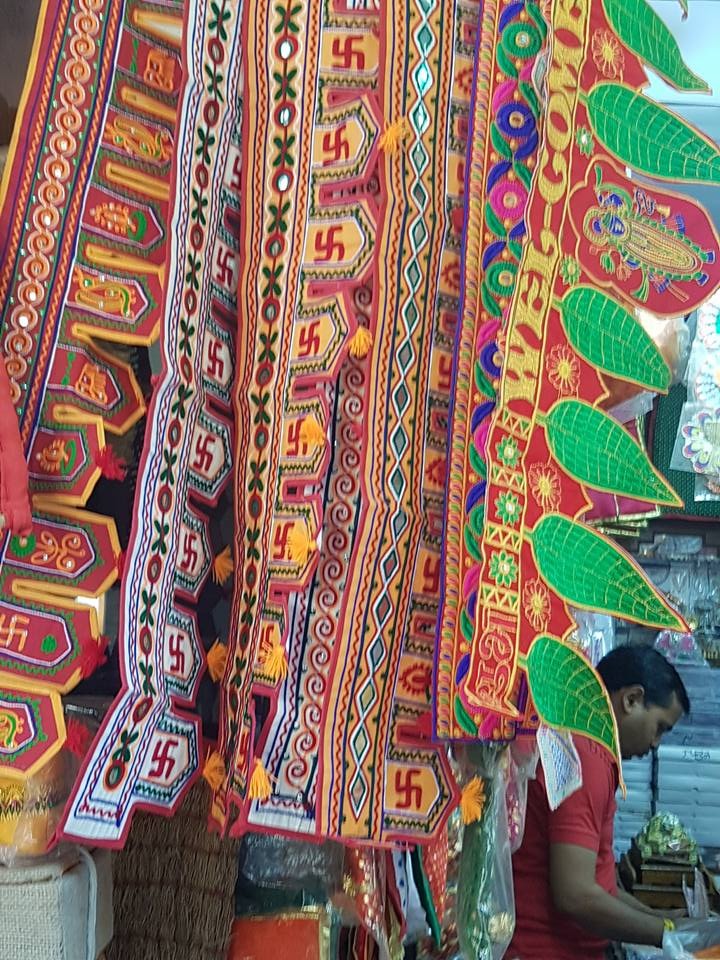 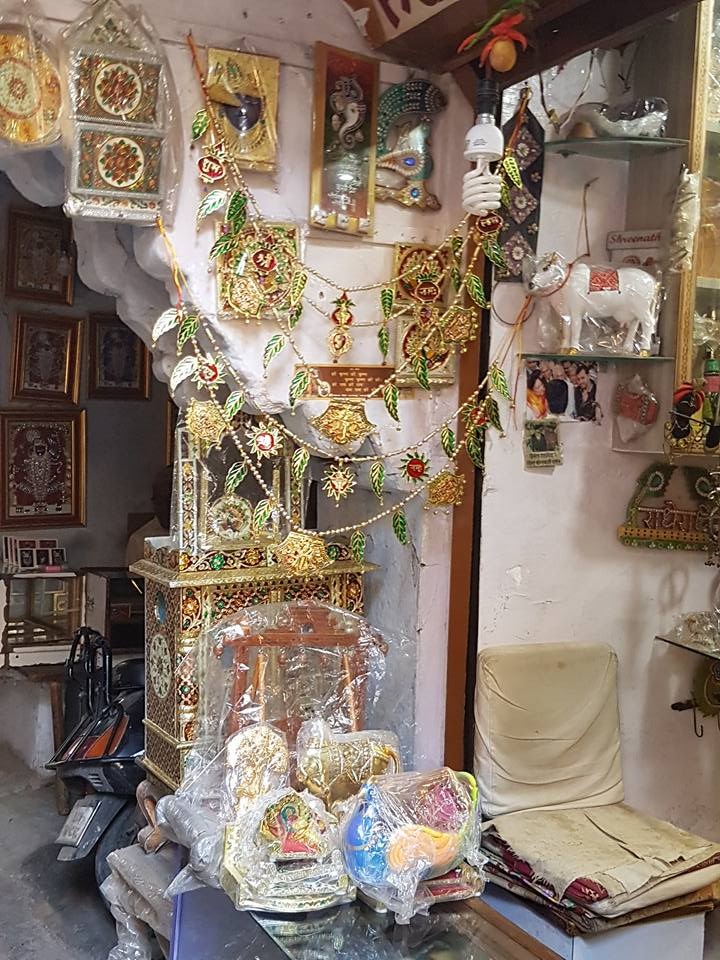 Nathdwara lies 48 kms from Udaipur and literally means the gateway to the Lord. This great Vaishnavite shrine was built in the 17th century on spot exactly defined by the Lord himself. The legends have it that the image of the Lord Krishna was being transferred to safer place from Vrindaban to protect it from the destructive wrath of the Mughal Emperor Aurangzeb. The image when it reached the spot it vehicle the bullock carts wheel sank axel deep in mud and refused to move further. The accompanying priest realised that this was lord's chose spot and the image did not want to travel any further. Accordingly a Temple was built here.

This is revered temple and place of pilgrim amongst believers. Devotees throng the shrine in large number during occasions of "Janamashtmi" the day of Lord's birth and other festivals like Holi. The priests treat if like a living deity and tend to the lord with daily normal function like bathing- dressing meals called "prasad" and the resting times in regular intervals. The main attractions are the Arties and the Shringar. The formal prayer offered with diya, insentsticks, flowers, fruit and other offerings with local instruments and devotional songs of the Lord according to the demand of the time and occasion. The fine intricately woven shaneels & silk cloth with real original zari and shredded work done upon them along with tones of real jewellers, which are of antique value, looks dazzling. The view of the idol after the pardha (curtain) is removed is a spectacular sight that is simply mesmerizing leading to a melee (gully) of visitors, crowding divine lord.  The mystic, spirited aura of India comes alive.

Nathdwara has a small but throbbing township around the temple. It's shopping in the bye lanes is a great revelation. It's famous for its 'pichwani' paintings, which Shri Krishna in the centre and is recognized for profuse use of gold colour.

By Air : The Nearest Airport is Udaipur Airport 41 kms away

By Road : There are regular buses from other major cities of the country to Nathdwara.

By Rail : The Nearest Railway Station is Udaipur & Nathdwara

Around Nathdwara : Nathdwara lies 48 kms from Udaipur and literally means the gateway to the Lord. This great Vaishnavite shrine was built in the 17th century dedicated to Lord Krishna. The legend has it that the image of Lord Krishna was being shifted to a safer place from Vrindavan in order to protect it from being desecrated and vandalized by the Mughal Emperor Aurangzeb. When the image reached the spot where the temple exists, the wheels with the axle of the bullock cart carrying the image sank deep into mud. Human efforts failed to move the cart further. The accompanying priest interpreted this as the Lord's indication to be installed at this spot. Accordingly a temple was built here.