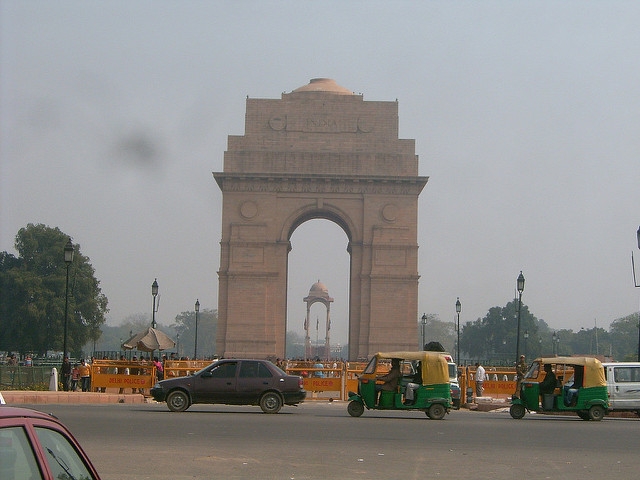 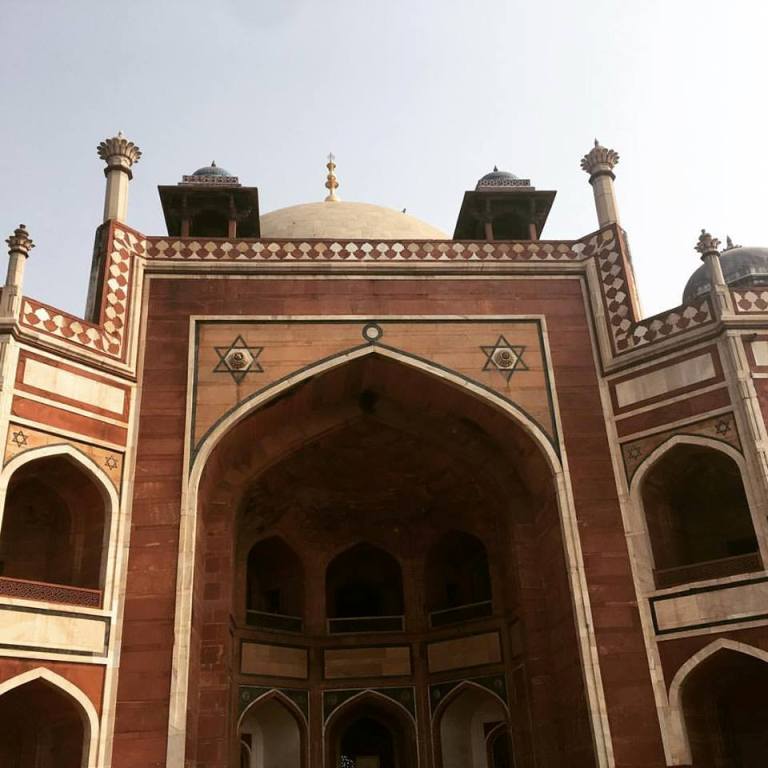 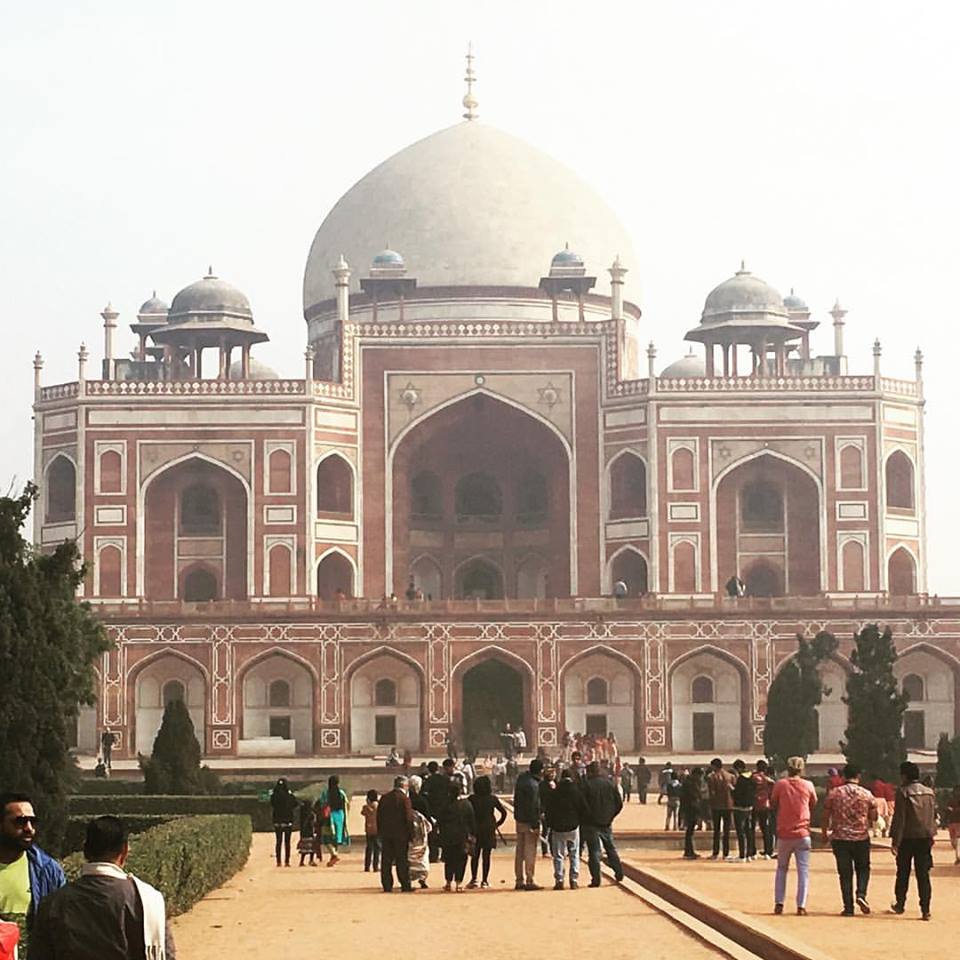 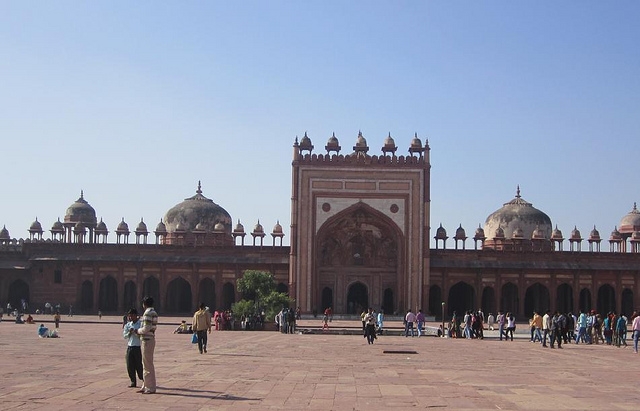 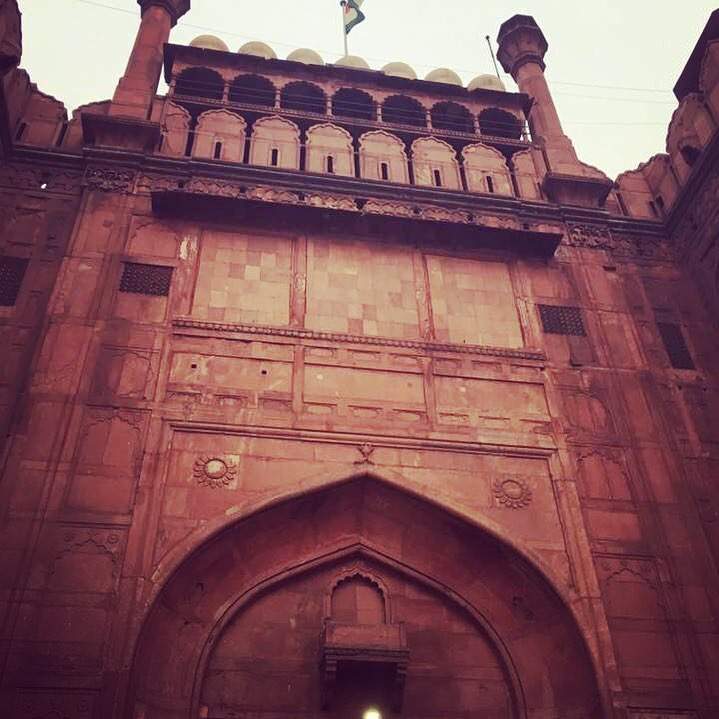 In the six decades since the creation of New Delhi as the capital of British India, the city has undergone a sea change. Made in initially to cater to a population of 70,000, the total urban population of Delhi now exceeds 10 million. The city has exploded in all directions beyond the confines of Lutyen's wide, tree-lined avenues, with an exuberance that is characteristically Indian.

Several factors have contributed to this breathless pace of growth. For North India, especially, Independence also meant Partition. In 1947, many Muslim families of Delhi migrated to Pakistan while many Hindus and Sikhs from west Punjab sought refuge in the city. They were given land west of the Ridge and south of New Delhi. Many of these refugees also built their houses across the Yamuna and north of Shahijahanabad. Since then, the influx into the city has not ceased. The manpower required by the government in the capital is itself staggering. Industrialists, entrepreneurs and migrant labor from all over India have turned to Delhi in search of livelihood and success, and made it a commercial capital as well. The cultivated fields which till recently could be seen on the outskirts of the city have been developed into residential colonies and commercial complexes. High-rise buildings now stand check-by-jowl with Delhi's 1300 monuments. Villages such as Khirkee, Begumpur, Hauz Khas, Sheikh Sarai and Nizamuddin, which grew around medieval Delhi's, shifting capital "cities", have now been engulfed by the urban sprawl. Many of them, however, retain their old-world characteristics.

The line of distinction between Old and New Delhi has begun to blur north, south, east and west Delhi are more prevalent terms of demarcation. The facilities and opportunities available in Delhi have attracted Indians from far-flung corners of the country, making it a melting pot of sorts. On the other hand, the presence of diplomatic and trade missions, the growing number of multi-national companies and foreign investors, and the influx of tourists and visiting professionals have given the city, especially its southern and central parts, a cosmopolitan air.

Delhi is one of the most historic capitals in the world and two of its monuments-the Qutb Minar and Humayun's Tomb-have been declared World Heritage Sites. It is also one of the greenest capitals. For the visitor, it serves as a perfect introduction to the cultural wealth, the complexities and the dynamism of India which Jawaharlal Nehru likened to "an ancient palimpsest' on which layer upon layer of thought and reverie has been inscribed".

Delhi has some of the finest museums in the country. Its boutiques and shopping arcades offer access to a wealth of traditional and contemporary crafts from all over the country. It has specialty restaurants to please the gourmet, the open parks and gardens ablaze with flowers, and in the winter months particularly, a variety of cultural events. Its many-layered existence is tantalizing and can entice the curious traveler into a fascinating journey of discovery.

By Air : Delhi is well connected with major cities in India by Indian Airlines and private airlines.

By Rail : Delhi is the headquarters of the Northern Railway and is the most well connected   railhead both on the broad gauge (New Delhi) and meter gauge (Delhi Main) railway line.

By Road : Delhi is the intersection of several national highways and is well connected by regular bus services from the Inter State Bus Terminal (ISBT and known in Hindi as Bus'adda) at Kashmiri Gate.

Red Fort or Lal Quila : Shah Jahan, the Mughal emperor, laid the foundation of Red Fort in 1639 and it got completed in 1648. This colossus citadel is built with red stone and that is how the fort got its name. The total area of this fort is about 2.41 km. The fort is octagonal in shape. A wide moat that was originally connected with the river and was filled with water surrounds the fort. The main entrance to the Quila is through the Lahori Gate. Some of the main buildings within the fort are: Diwan-i-Am (hall of public audience), Diwan-i-Khas (hall of selective audience), the Hamam (the bathroom set), Moti Masjid (pearl mosque), Mumtaz Mahal (one of the main palaces), Naubat Khana (music house). After India got its independence from the British rule, the National Flag of India is hoisted at the Red Fort every year on 15th of August by the Prime Minister. This magnificent structure with its historical past is truly glorious and demands your visit.

Humayun's Tomb: The tomb of Humayun was built by the orders of Humayun's widow, Hamida Banu Begum, starting in 1562. It took 8 years for the tomb to get completed. The structure is built with red sandstone, whereas white and black marble has been used largely in the borders. Thistomb is set in a geometrically arranged garden crisscrossed by numerous water channels. It is the first example of Mughal architecture, with high arches and double dome. Humayun's Tomb is one of the best-preserved Mughal monuments in Delhi

Qutub Minar: Your trip to Qutub Minar will be fascinating. This world heritage site is located in Mehrauli, South of Delhi. This tallest brick tower in the world, built in 1193 AD, is named after Qutab-ud-din Aibak. He ruled initially from Lahore and later moved the capital to Delhi; he is considered the first Muslim ruler of South Asia. This tower was started by Qutub-ud-Din Aibak but was completed by his son-in-law Iltutmish and ultimately by Firoz Shah Tughlak. This tower is 72.5 meters tall with 399 steps leading to the top. The base is 14.3 meters wide and the top floor is 2.75 meters wide. While visiting this Minar, do not miss the nearby Iron Pillar. You will immensely enjoy the tour of this monument

India Gate: You have to visit India Gate, the famous landmark of New Delhi, India. It is one of the largest war memorials in India and commemorates the members of the former British Indian Army who laid their lives fighting for the Indian Empire in World War I and the Afghan Wars. The foundation stone for India Gate was laid in 1921 by the Duke of Connaught and was completed in 1931. This enormous structure was designed by Sir Edwin Lutyens. After India's independence, India Gate became the site of the Indian Army's tomb of the unknown soldier, known as the Amar Jawan Jyoti. The 42 meter high archway is made of red stone and has the name "INDIA" written on both sides. More than 70,000 names of soldiers are also inscribed on the arch. The archway is located on the Rajpath in New Delhi. This monument is surrounded by lawns, children's park and a boat club. Locals and tourists gather near the India Gate and spend their evenings in leisure

Akshardham Temple: This 100 acres of sprawling Hindu temple is visited by thousands of people every day. Within this temple, under the central dome, the statue of Bhagwan Swaminarayan is erected, which is 11-foot high. This statue is surrounded by other similar statues of the gurus of the sect. This is a very popular tourist spot. The temple was inaugurated in 2005. You can enjoy programmes in the IMAX theater as well as the musical fountain along with Swaminarayan temple in this Akshardham complex in Delhi

Indira Gandhi Memorial Museum: This museum was once the residence of the former Prime Minister of India, Indira Gandhi. It is same place where her own bodyguards assassinated her on 31st October 1984. After her assassination, it was later converted into a museum. This museum preserves her personal belongings, right from the sari she was wearing when she was assassinated to a collection of rare photographs of her family and the Nationalist movement. You will have a great time touring this museum

Rajghat: This is the cremation site of Mahatma Gandhi, the father of the nation. It is one of the most visited sites in Delhi. It comprises a simple square, black-marble platform that stands on the spot where Mahatma Gandhi was cremated. The entire area of Rajghat is surrounded by trees and you can see some of the most exotic shrubs of the country. This place is very green and peaceful. You can also visit the nearby cremation s