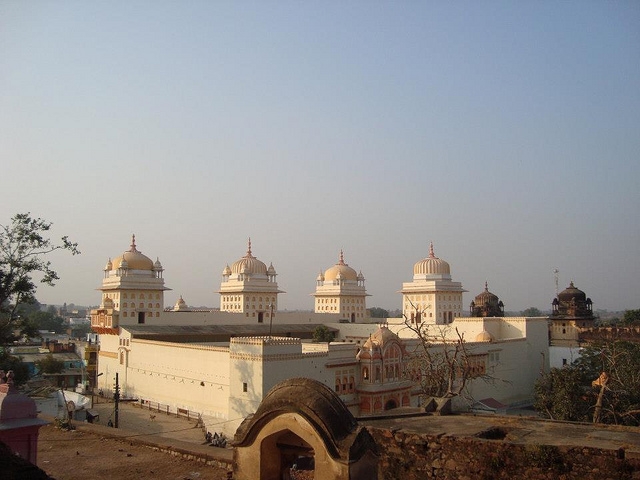 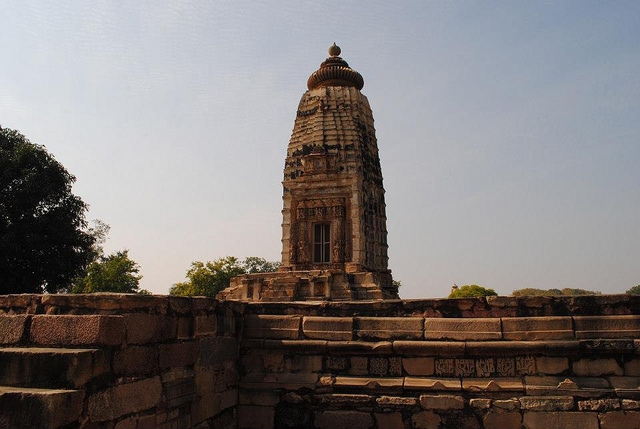 Orchha's grandeur has been captured in stone, frozen in time, a rich legacy to the ages. In this medieval city, the hand of time has rested lightly and the palaces and temples built by its Bundela rulers in the 16th and 17th centuries retain much of their pristine perfection. Orchha was founded in the 16th century by the Bundela Rajput chieftain, Rudra Pratap, who chose this stretch of land along the Betwa river as an ideal site for his capital. Of the succeeding rulers, the most notable was Raja Bir Singh Ju Deo who built the exquisite Jehangir Mahal, a tiered palace crowned by graceful chhatris. From here the view of soaring temple spires and cenotaphs is spectacular.

Complementing the noble proportions of their exteriors are interiors which represent the finest flowering of the Bundela school of painting. In the Laxminarayan Temple and Raj Mahal, vibrant murals encompassing a variety of religious and secular themes, bring the walls and ceilings to rich life.

The origin of the Bundela dynasty in the 11th century is traced to a Rajput prince who offered himself as a sacrifice to the mountain goddess Vrindavasini; she stopped him and named him 'Bundela' (one who offered blood). The dynasty ruled over the area between the Yamuna and Narmada rivers. Garhkurar, once capital of the Bundela Rajas, fell to the Tughluqs just as that dynasty was weakening. Into the vacuum that they left, the Bundelas again expanded, moving their base to Orchha (meaning hidden). Raja Rudra Pratap threw a wall around the existing settlement and began work on the palace building (c. 1525-31) and an arched bridge to it. This was completed by his successor Bharti Chand (1531- 54) who was installed in the Raj Mahal with great ceremony.

In the heart of Bundelkhand lies a fortified cluster of dwellings, temples and shrines bearing testimony to a medieval legacy in stone – Orchha.It has been called a medieval legacy in stone. Created by the Bundela Rajput chief Rudra Pratap in the 16th century, Orchha lies in the Madhya Pradesh, 16 km south of Jhansi. Its cluster of fortified dwellings, temples and shrines, along the left bank of the Betwa river, are reminiscent of those hardy times. To get there, it is best to board the early morning Shatabdi Express leaving New Delhi for Bhopal. Four and a half hours later, the train halts briefly at Jhansi from where taxis and buses cover the short distance to Orchha. The right time of year is October to March. Till not very long ago, visitors to the region passed it by on the way to Gwalior 120 km away or the 178 km drive to Khajuraho. Now, for those in a hurry, the returning Shatabdi Express enables even a day trip from Delhi.

By Air : The nearest airports to Orchha are Gwalior Airport (113 kms) and Khajuraho Airport (155 kms).

By Rail : The nearest railway junction to Orchha is Jhansi, which is 16 kms away.

By Road : Orchha is well-connected by road to places like Jhansi, Gwalior and Khajuraho. You can hire a taxi or bus to reach Orchha from these places.