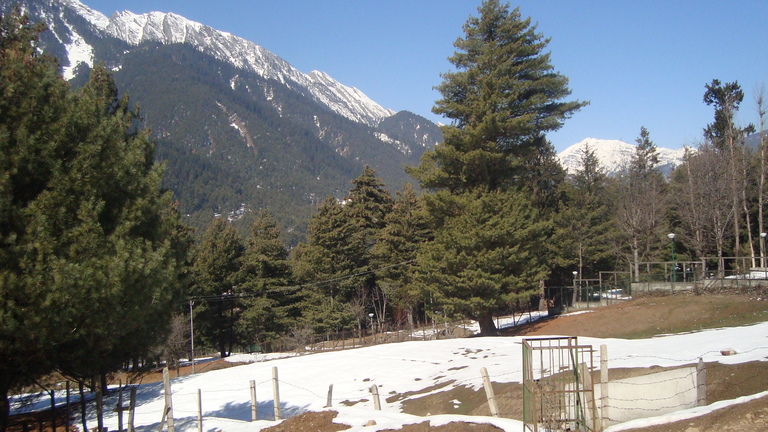 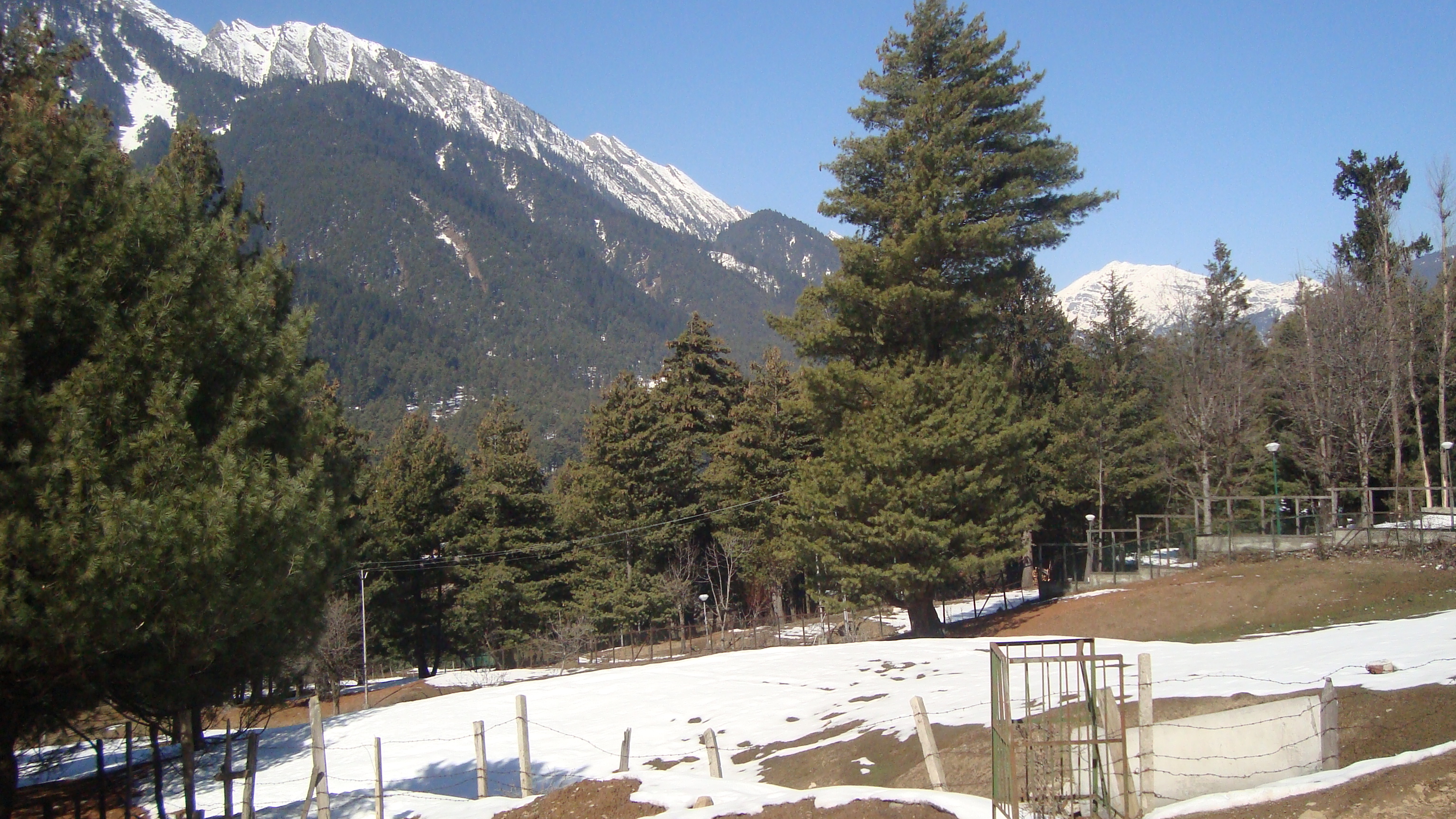 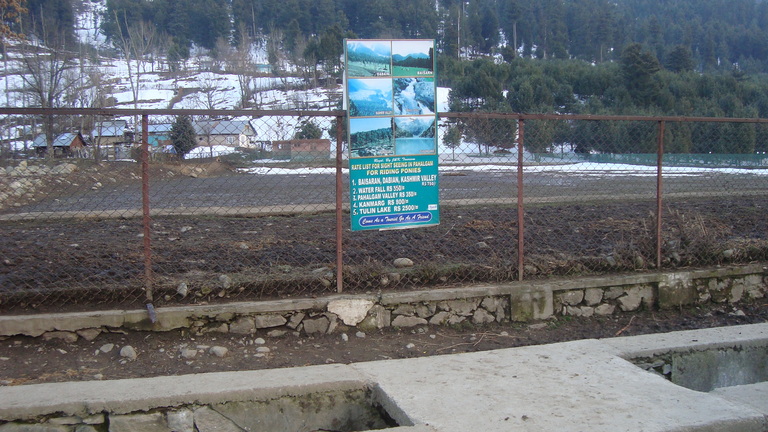 The Valley of Shepherds. - Situated at the confluence of the streams flowing from Sheshnag Lake and the Lidder river, Pahalgam (2,130 m) was once a humble shepherd's village with breathtaking views. Now it is Kashmir's premier resort, cool even during the height of summer when the maximum temperature does not exceed 250C. A number of hotels and lodges cater to all preferences and budgets, from luxurious hotels to unpretentious trekkers' lodges, including J&K TDC's huts.

Around Pahalgam are many places of interest, and because the resort is set between fairly steep hills, it is worth hiring a pony rather than walking. Pony fares are posted at prominent locations.

The most beautiful of these is the huge, undulating meadow of Baisaran, surrounded by thickly wooded forests of pine. Hajan, on the way to Chandanwari, is an idyllic spot for a picnic. Filmgoers will recognize it instantly as it has been the location of several movie scenes.

Pahalgam has within it no fewer than eight tiny villages, one of which is Mamal. There is a Shiva temple here, generally considered to be Kashmir's oldest existing temple, dating to the 5th century.

Pahalgam is also associated with the annual Amarnath Yatra. Chandanwari (2,895 m), 16 kms from Pahalgam, is the starting point of the yatra that takes place every year in the month of Sawan (July to August). The road from Pahalgam to Chandanwari is on fairly flat terrain and can be undertaken by car. From Chandanwari onwards the track becomes much steeper, and is accessible on foot or by pony. About 11 kms from Chandanwari is the mountain lake of Sheshnag (3,574 m), after which, 13 kms away is the last stop, Panchtarni. The Amarnath cave is 6 kms away from there. During the month of Sawan, an ice stalagmite forms a natural shivling in the Amarnath cave, which waxes and wanes with the moon.

By Air : The Nearest Airport is Srinagar from 90 kms

By Rail : The Nearest Railway Station is Jammu

Chandanwari : It is famous for its snow bridge.

Baisaran : Pine forests dot this meadow which presents a picturesque view of the snow-clad mountains. The snow covered Tulian lake at an altitude of 3353 m is 11kms from Baisaran.

Sheshnag Lake : The waters of this greenish blue lake are covered with ice till June.

Panchtarni : It is the confluence of five streams and gives Panchtarni its name. A good camping site.

Amarnath Caves : Pahalgam is Base Camp of Amarnathji yatra which stands at 3952 mtrs, 46.7 km from Pahalgam. The Holy Cave is believed to be the abode of Lord Shiva. The ice lingam formed by water droplets, symblises Lord Shiva . People visit the Holy Cave during the scheduled Yatra period. Yatris can hire a pony of Dandy from Pahalgam. Distances of stopovers from Pahalgam are : Chandanwari 16 km Pissu top 19.6 km Sheeshnag 25.6 km, Holy Cave 46 . 7 km. All stopovers have facilities from tents to medical comps and langars, The trek is covered in 2 to 3 days. This Hindu pilgrimage is believed to be the discovery of a Muslim shepherd nomad Butta Malik who’s descendant still receive a percentage of the donations made by pilgrims. The Yatra Generally during June to August depending upon the Hindu calendar (Sawan Purnima)

Aru : This charming meadow can be reached by walking along a mountain path. The river Lidder disappears at Gur Khumb and reappears after 27 mts.

Lidderwat : A beautiful camping site set among dense forests. Starting point of the trek to the Sindh Valley.

Kolohi : Base for a three-day return trek to the Kolohi Glacier.

Tarsar Lake : It can be reached from Lidderwat. There are delightful camping sites and flower meadows at Sikiwas, 24 kms from here. To reach the nearby Mansar lake one has to cross a 243 mts high bridge.