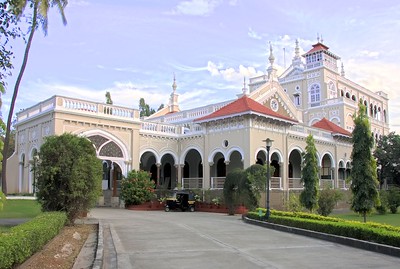 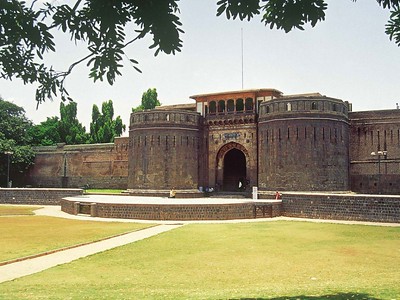 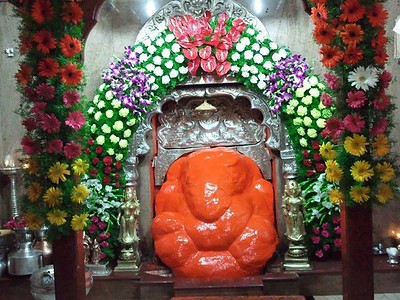 Destination Details
Tour in and around Pune
Hotels in Pune

There was a time when Pune was known as a Pensioner’s Paradise – home to those who had retired and wanted a peaceful life in a salubrious environment. Now of course Pune has grown into a vibrant metro, a hub of education, industry, information technology, entertainment, and so on. But what makes Pune still more significant is that it is a place from where you can plan several exciting trips to hill-stations, forts, and places of pilgrimage, not to forget an adventurous package too.
Apart from the many interesting places just beyond the city limits of Pune, such as the Sinhagad Fort or the backwaters of the Khadakvasla Dam, tourists always make it a point to visit the twin hill-stations of Lonavala and Khandala for its bracing weather and the wonderful views you get of the valley and the snaking highway that leads to Mumbai. Lonavla is about 64 kilometers away from Pune and has several ‘points’ that offer breathtaking views of nature at her best. One of these is the Rajmachi Point which commands a view of Chhatrapati Shivaji’s famous fort, Rajmachi, and the surrounding valley. Lonavala is also known for its ‘chikki’ and fudge. Some of the other spots include the Ryewood Park and the Valvan Dam which has a garden at its foot. On the way to Khandala you can visit the Duke’s Nose which is popular with trekkers.
Yet another pair of hill-stations easily accessible from Pune are Panchgani and Mahabaleshwar.  Located about 120 kilometers southwest of Pune, Mahabaleshwar is a vast plateau measuring 150 kilometers, bound by valleys on all sides. It reaches a height of 1,439 meters at its highest peak above sea level, known as Wilson or Sunrise Point. With its name derived from Sanskrit and meaning ‘god of great power’, Mahabaleshwar has lots to explore. Arthur’s Seat is one such interesting point from where you can get a view of Jor Valley. Another exotic location is Lodwick Point, located almost 1,240 meters above sea level. Some of the other points that you must visit are Monkey Point, Carnac Point, Falkland Point, Helen’s Point, Elphinstone Point, Mumbai Point, Marjorie Point and Babbington Point. For boating you must head to the Venna Lake.
Panchgani, about 100 kilometers from Pune, is nestled in the middle of five hills in the Sahyadri mountain ranges topped by a volcanic plateau, which is the second-highest in Asia after the Tibetan Plateau. This plateau, popularly known as ‘Table Land’, is a part of the Deccan Plateau. Some of the points that you must visit are Sydney Point from where you can see the waters of the Dhom Dam, Parsi Point that overlooks the Krishna valley and Devil’s Kitchen which has a mythological legend associated with it - it is believed that the Pandavas of the Mahabharat epic had stayed here for a while.
If you would like to see the magnificence of Indian art and history, you must make it a point to visit the caves of Karla and Bhaja, located about 15 kilometers from Lonavla. The more popular Karla Caves date back to 1st century BCE. After a trek uphill through the winding roads, the impressive rock-cut structure includes the stupa, a representation of the Buddha, and an aisle made up of 37 pillars and carved elephant heads, which once had real ivory tusks. Just outside Karla Caves lies the Ekvira Temple, the chief shrine of the Koli (fishing community) and is visited by thousands of devotees every year. Exactly opposite the Karla ridge lie the Bhaja Caves dating to 2nd century BCE.
From Kamshet one can also visit the Bhedse caves. They are also dated to 1st century CE.For the history lovers the forts Visapur and Lohagad are just close to the Bhaja caves.
If you would like to see nature at its best and also pack in a little adventure, one of the best choices, especially during the monsoon, is Tamhini Ghat. It is during this time that the deep brown hills turn a verdant green and provide a feast for the eyes. The value addition is that you can also explore the backwaters of Mulshi Dam and spice up your vacation with a bit of river rafting.
If it is adventure y

Air: There are direct flights from Mumbai airport to Pune.
Rail: There are many trains which connect Mumbai to Pune. The train journey is very convenient and goes through the scenic Khandala ghats.
Road: These two cities are very well connected by road. There are State transport buses as well as private buses which ply between Pune and Mumbai. The expressway has reduced the travel time between the two cities by approximately two hours. The expressway starts at Kalamboli (near Panvel), and ends at Dehu Rd. (near Pune).

The Aga Khan's Palace - Kasturba Gandhi Smriti Mandir - This beautiful building with salons and suites, is a great historical landmark. It was here that Mahatma Gandhi and other leaders of the Indian National Congress were imprisoned during the 1942 Quit India Movement. Here lies the samadhi of Kasturba Gandhi, the Mahatma's wife.
Bund Gardens - Presently known as Mahatma Gandhi Udyan, these gardens are situated on the banks of Mula-Mutha River. The bund was constructed by Sir Jamshedji Jeejeebhoy for providing water to the poor.
National Defense Academy - Situated at Khadakvasla, 17 kms. from Pune, the Academy imparts basic training to the cadets of all three branches of the services, Army, Air Force and Navy.
Parvati Hill and Temples - The Parvati Temple was the erstwhile private shrine of the Peshwa rulers. Now it is a popular tourist spot, with the Parvati and Devdeveshwar temples standing atop a hill and also the Parvati Museum which houses replicas of ancient paintings, old manuscripts, weapons and coins.
Raja Dinkar Kelkar Museum - This Rajasthani-style building showcases a one-man collection of some of the most fascinating Indian artifacts one can ever get to see. Among 36 sections full of antiques, carved palace doors, miniatures, the 'Mastani Mahal' is particularly famous. Mastani was the mistress of ‘Peshwa Bajirao’, the Prime Minister of Satara. This impressive collection was donated to the Govt of Maharashtra by Shri Dinkar Kelkar and is only displayed by rotation
Shaniwarwada - Built in 1736, this was once the palace of the Peshwa rulers. After the palace was mysteriously destroyed by fire in 1827, only an old fortified wall, the majestically built 'Nagarkhana' and a lotus pool park remain.
Pataleshwar Cave Temple - Ensconced deep in the heart of the city, at Shivajinagar, is a 8th century rock-cut temple. Reminiscent of Ellora, the temple has been painstakingly hewn from a single rock and houses massive pillars, a Shiva shrine and a Nandi bull.
Saras Baug - With pleasant lawns and the famous Ganesh temple built by Madhavrao Peshwa, Saras Baug is a popular evening spot at Pune.
Shinde's Chhatri - Among the best architectural sights in Pune, this memorial of the great Maratha warrior, Mahadaji Shinde, houses his Chhattri (umbrella) and his portrait in silver.
Lal Deval (Synagogue) - A red brick and trap stone building of English-Gothic style, the Lal Deval was built by the famous David Sassoon in 1867.
Shri Mahalaxmi Mandir, Pune: This temple represents darshan of all the three forms of Adi Shakti or the Divine Mother, Sri Mahasaraswati the Goddess of learning, Sri Mahalaxmi the Goddess of prosperity and Sri Mahakaali, the Goddess who liberates mortals from time and death.  The Temple has been carved in the Dravidian style of architecture. Its entrance is very elaborately carved, and the pillars and walls inside have also been carved with intricate patterns that considerably enhance its beauty.
Shreemant Dagdusheth Halwai Ganpati Mandir: The deity of Lord Ganesha was incepted by Shri Dagdusheth Halwai and his wife Lakshmibai way back, when they lost their only son to the plague epidemic. Every year, the Ganpati festival was celebrated with deep faith and enthusiasm, not only by Dagdusheth’s family but the entire neighbourhood.
Rajiv Gandhi Snake Park and Zoo: The Park has always shown an interest as well as active involvement to increase environmental awareness among civil society and has tried hard to mitigate the concerned environmental issues. One of the major objectives of the zoo is ‘Conservation through Education’ and to promote aw