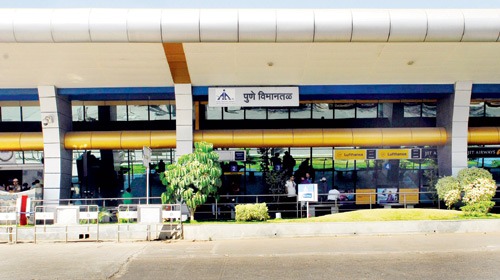 Destination Details
Tour in and around Pune
Hotels in Pune

Pune, located 170 kms. south of Mumbai has been the cultural capital of Maharashtra, since ages. The city was one of the pivotal basesof the 17th century great Maratha ruler Chhatrapati Shivaji, who was born at the Shivneri Fort here.

Pune became the seat of the enterprising Peshwas, under whom Maratha power rose into a major political force. The Peshwas were renowned patrons of the arts and in their time, enriched the city with temples, gardens and educational institutions.

It was here that Lokmanya Bal Gangadhar Tilak introduced the principle of Swadeshi during the Freedom Movement.

Today Pune is one of the leading metros in India, with the Film and Television Institute of India and National Defence Academy based here. It is fast becoming one of the major hubs of industry and commerce in the country.

BEST SEASON: Throughout the Year

There are direct flights from Mumbai airport to Pune.

There are many trains which connect Mumbai to Pune. The train journey is very convenient and goes through the scenic Khandala ghats.

These two cities are very well connected by road. There are State transport buses as well as private buses which ply between Pune and Mumbai. The expressway has reduced the travel time between the two cities by approximately two hours. The expressway starts at Kalamboli (near Panvel), and ends at Dehu Rd. (near Pune).

Caves - Karla and BhajaAbout 50-60 kms. away from Pune, these rock-cut Buddhist caves date back to 1st and 2nd century B.C. These caves consist of several Viharas (dwelling caves) and Chaityas (chapels) of the Buddhist monks.

Forts Lohagad and Visapur - 52 kms. away from Pune, atop an impressive hill, these majestic forts were built in the 18th century. They are separated by a 1 km. ridge and are ideal for trekking.

Shivneri - 94.5 kms. away from Pune, is the magnificent Shivneri fort where Shivaji was born. One of the interesting features of this fort is a mosque with two minarets which are joined by a graceful arch.

Sinhagad - Named after the lion-hearted general of Shivaji - Tanaji Malusare, this awesome Fortress of the Lion stands at a height of 1290 metres, 25 kms. away from the city. Over 300 years ago, Tanaji, the Maratha warrior, and his army, with the help of ropes and giant lizards (ghorpuds), scaled the sheer precipice and silently stormed the Bijapur citadel at midnight, creating history.

The ‘samadhi’ to Tanaji Malusare stands as a reminder of the bravery and glorious victory of the Marathas. On hearing of the passing away of Tanaji, Shivaji is believed to have said "We have gained the fort but lost the lion". Whereupon the fort got its name ‘Sinha (lion) gad (fort)’.

Dehu - Alandi - Dehu was the birthplace of the greatest Marathi Saint of the 17th century - Tukaram. It is situated on the banks of the river Indrayani. Another pilgrim centre, 22 kms. away from Pune is Alandi, where the 'Samadhi' of the famous saint-poet Dnyaneshwar is situated.

Bhimashankar - 122 kms. from Pune, is the elaborately carved Shiva temple, one of the 12 Jyotirlingas of the country. A fair is held here annually during Mahashivratri.

Jejuri - Jejuri is known for the famous temple of 'Khandoba' and an annual fair held here is attended by Hindus in large numbers.