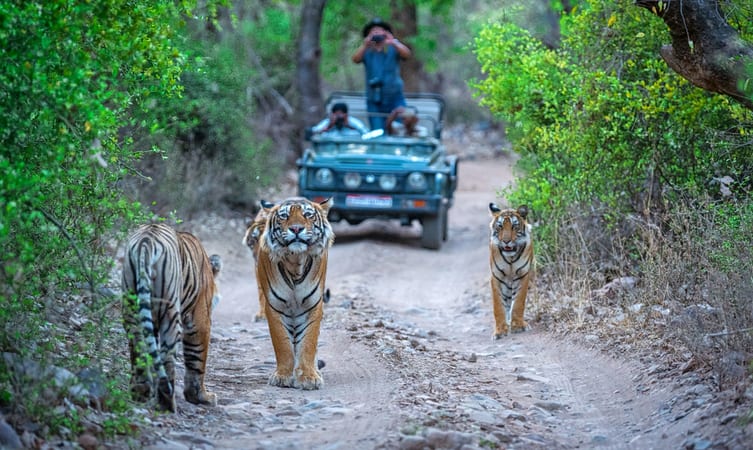 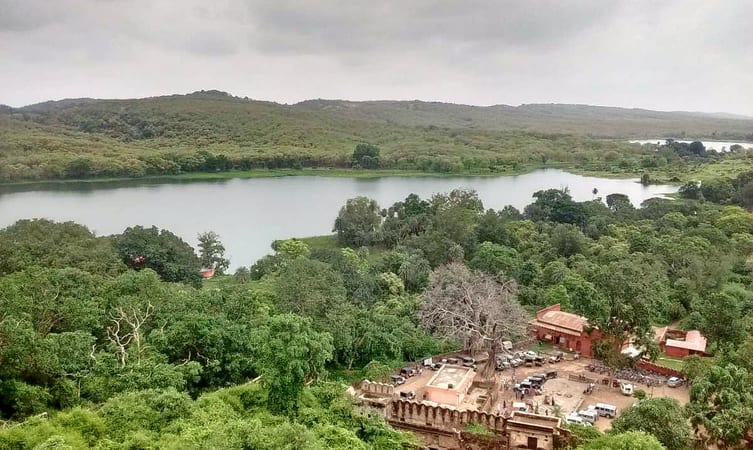 Cuddled up in the eastern zone of Rajasthan, Sawai Madhopur is one of the prominent conurbations of Rajasthan. Popularly known as the 'Gateway to Ranthambore', the town has seen many historic episodes and reigns. Sawai Madhopur has partly plain and partly undulating hilly terrain. The South and south east part of the district has hills and broken ground which form a part of a vast track of rugged region enclosing the narrow valley of the Chambal river. Surrounded by Vindhyas & Aravalis, this place is a treat for adventure enthusiasts as well as the ones with a fascination for history, with the Ranthambore National park- the most renowned national park in northern India and the Ranthambore Fort which was recently included in the list of UNESCO’s World Heritage sites, being the main attractions.

Passed on from the Chauhan Rajput king, Govinda to Vagabhatta, from RanaKumbha to Akbar and Aurangzeb, the city has been patronized by almost all the rulers. Beautification and renovation of the city has been regularly undertaken in almost all the regimes. Under the rule of Rao Hammir, the last Chauhan ruler the Ranthambore region prospered magnificently. In ancient India the region was more popularly known as Ranthambore. It was much later that it received the name, Sawai Madhopurfrom Maharaja SawaiMadhoSinghji I who is believed to have given the city its current plan in 1765 AD. During the British Rule Sawai Man Singh built a railway line between Jaipur and Sawai Madhopur. As a result it became accessible from a central spot in the state of Rajasthan. Today it has grown as one of the popular tourist destination in India.

Former state of Karauli, Ranthambore was amongst the strongest forts of medieval India and is linked to Prithviraj, the ruler of Shakambhari who has golden cupolas put on the Jain temple of Ranthambore. To check the increasing incurious of the Marathas, Madho Singh, the ruler of Jaipur State requested for the grant of the fort of Ranthambore but did not succeed.

Ranthambore National Park is a vast wildlife reserve near the town of Sawai Madhopur in Rajasthan, northern India. It is a former royal hunting ground and home to tigers, leopards and marsh crocodiles. Its landmarks include the imposing 10th-century Ranthambore Fort, on a hilltop, and the Ganesh Mandir temple. Also in the park, Padam Talao Lake is known for its abundance of water lilies

Ranthambore National Park is in Sawai Madhopur District of Rajasthan state.Located at the junction of the Aravalli and Vindhya hill range, this is one of the finest places to view animals, especially as they are used to being stared at here.The park covers an area of Approximately 400 sq Km and if combined it with the area of sawai man singh sanctuary area,it is around 500 Sq km.

Timings for entry into, and exit from, the park vary according to the season. In winters, due to the shorter duration of daylight hours, the morning entry time is later and evening exit time is earlier.

By Air : The Jaipur Airport is the closest and is located 150-170 kilometres away.

·    By Road : Sawai Madhopur is well connected with all the major cities and town through state bus service as well as private buses and taxis.

·    By Rail : You can easily get regular trains to Sawai Madhopur from other major cities of the country.

Nearest Town- Sawai Madhopur, situated on the Delhi-Bombay railway-line and also linked with Jaipur and Agra by rails.

Near by Airports - Jaipur and Kota

Ranthambore Fort : The noteworthy Ranthambore Fort was built by the Chauhan rulers in the 10th century. Due to its strategic location, it was ideal to keep the enemy at bay. The fort is also related to the historical legend of the royal women performing ‘jauhar’ (self-immolation) when the Muslim invader Alauddin Khilji laid siege on this fort in 1303. The fort is characterised by temples, tanks, massive gates and huge walls.

Ghushmeshwar Temple : Enshrined in the Puranas, the Ghushmeshwar Temple is believed to be 12th or the last of the Jyotirlingas of Lord Shiva. Situated at the Siwar village in Sawai Madhopur, this temple has many mythological stories weaved around it. The most prominent, and popular story tells of the greatness of Lord Shiva, who resurrected his devotee Ghusma’s son, and even promised to abide in Devagiri hills as Ghushmeshwar after her name, Ghushma.

Tonk :  Lying 96 kms from Jaipur on the route to Ranthmabore, Tonkwas once the stronghold of the Pathan tribesmen of Afghanistan. By and by this quiet township passed through the hands of several rulers. Modern Tonk was founded by the Nawab Ameer Khan as a result of a treaty with the British in 1818. Tonk has several colonial buildings, painted mosques, quasi-hindu architecture and a repository of ancient manuscripts and books. Tonk has several other names by which it is known, like- Rajasthan ka Lucknow, Adab ka Gulshan, Hindu Muslim Ekta ka Masaan and many more.

Jama Masjid : Located in the heart of the bustling city is the JamaMasjid, Rajasthan’s finest mosque. Delicately frescoed inside and out with intricate patterns, mosque still contains some of the ancient lamps. This fine piece of architecture began construction under the first Nawab of Tonk, Nawab Ameer Khan and completely by his son in 1298.

Hathi Bhata : Situated just 10kms from Kakod on the route to Sawai Madhopur is Hathi Bhata,carved out as a single stone in the shape of a huge life size stone elephant. To top it up, inscription on the rock tells us the story of Raja Nal and Damyanti. This monument was constructed in the year 1200 by Ram Nath Slat, during the reign of Sawai Ram Singh.

Amreshwar Mahadev : Nestled amidst the high hills on the way to Ranthambore National Park is the sacred Amreshwar Mahadev temple. The representation of 12 Jyotir Lingas and a 11ft high Shivling attracts a lot of devotees to come and seek blessing of Lord Mahadev.

Khandhar Fort : The imposing Khandar Fort is a place worth visiting and is situated just 45 kms from Sawai Madhopur. This magnificent fortification was long ruled by the Sisodia Kings of Mewar after which it was taken over by the Mughals. It is believed that the king of this fort never lost a war.

Kailadevi : About 23kms from Karauli stands the Kaila Devi temple dedicated to the Mother Goddess. In the months of March-April and September-October, devotees celebrate the colourful Kaila Devi fair and worship the Goddess for the fulfilment of their wishes.

Shri Mahavirji Temple : Located on the banks of Gambhiri River, stands the pilgrimage site dedicated to Sri Mahavirji, the 24th Jain Tirthankara.This temple has a long story of existence and is known to be one of the miraculous pilgrimages of Jains.

Ranthambore : Situated 14 km from Sawai Madhopur, the Ranthambore Park gets its name from the Ranthambore Fort situated within its boundaries. The National Park, situated amidst the Aravalis and Vindhya ranges is spreads over an area of 392 sq.km of thick forest punctuated with pleasant waterfalls. It is home to the elusive tiger, other animals found here include chinkara, sambhar, cheetal and over 300 species of birds.