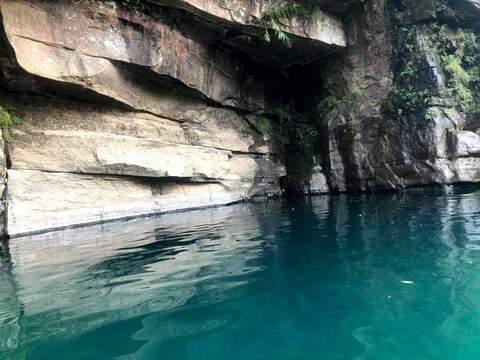 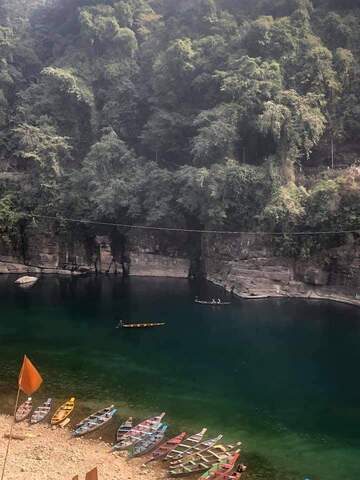 The capital of Meghalaya, Shillong is one of the most popular tourist destinations. It was the capital of the erstwhile British provincial state of Assam, and remained so even after independence. When Meghalaya attained Statehood, Shillong remained the capital. Situated at an altitude of 1,496 meters above sea level, Shillong is perhaps the only hill station with motorable roads leading to every corner. Shillong derives its name from the peak of the same name and there are many legends surrounding this name. One says that it came from a handsome youth called ‘Shyllong’, who was born in mysterious circumstances to a virgin human mother in Bisi, a village near Shillong. It is believed that he was the Shillong deity and the phrase, “Kot Shillong”, which means “To bring peace in time of catastrophe, danger or personal misfortune” originated in the legend.

By Air : The Nearest Airport is Shillong Airport

By Road : There are regular buses from other major cities of the country to Shillong

Elephant Falls : This Falls is 12 kms. from Shillong and 300 meters off the Shillong/Mawphlang road. A footpath lead to a bridge spanning across a mountain stream which descends into two successive falls set in the dells of the fern covered rocks.

Shillong View Point : Approximately 10 kms. from the city, this point offers a panoramic view of the spreading city below. The Shillong Peak is situated nearby and is the highest point in Meghalaya with an altitude of 1960 meters above sea level.

Lady Hydari Park : Just behind the Civil Hospital complex, is the Park with a well maintained garden and mini-zoo.

Wards Lake :  A lonely manmade lake in the middle of town, with meandering footpaths and boating facilities. There is a small botanical garden next to the lake.

Golf Course : the 18-hole course located within the city is considered to be one of the best natural golf courses in the world. Highly regarded among golfers, this course has been the venue of many championships for professionals and amateurs. The club house has been designed to resemble an English Manor. It is often referred to as the “Gleneagles of the East” at the United States Golf Association Library & Museum

State Museum :  the ideal place to get a quick insight into the life of the tribes of Meghalaya, as this Museum showcases their history, ethnography and lifestyle.

Catholic Cathedral : Situated between Dhankheti and Laitumkhrah this imposing structure is the Cathedral dedicated to May-Help of Christians.

Archery :  Archery is one of the main traditional sports of the Khasi people. It is believed that the mother of the Khasi race gave them the bows and arrows and cautioned them not to lose their temper during the game.  There are basically two types of arrows, one for hunting and one for sport. Today archery is still practiced, and in Shillong, it has developed into a betting game where the bets are made on the number of arrows hitting a cylindrical target made of split bamboo. Every day near the Polo grounds a small group of dedicated followers gather to watch and place their bets.

Motphran : The “Stone of France”. This was erected in memory of the many tribesmen from the North East who served under the British in France during the 1st world war.

Iewduh : Right next to Motphran is the largest traditional market of the Khasi, managed by the Syiem of Mylliem (local King). Traditional rituals are conducted every year within the market areas at “Khlieh Iew” This market at one time was the sole domain of women and is still dominated by them.

The Anglican Cemetery & Church : A quiet road from the “General’s Point” leads you to the Anglican Cemetery. British nationals who served under the crown in the North Eastern region are buried here and their tombstones make an interesting reading into history.