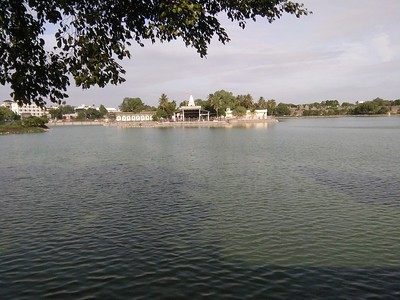 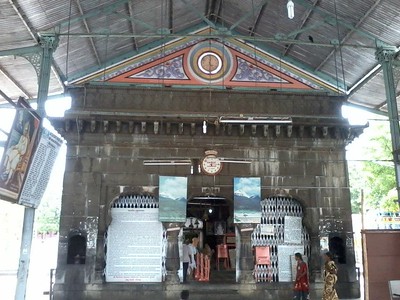 While most cities in India have taken the route of rapid urbanisation, Solapur has managed to retain its traditional charms that include places of historical interest and several ancient temples. That apart, it has also acquired prominence for its production of bed-sheets and towels and of course the famous Solapuri chutney. The city also serves as a nodal point for many other excursions, the most interesting being a visit to Nannaj to see the Great Indian Bustard.
Solapur, one of the four districts that form the region of Western Maharashtra and known for its textile industry, is located near Maharashtra’s borders with Karnataka and Andhra Pradesh. A city with a rich cultural heritage and lots of ancient monuments, it is served by the rivers Bheema, Seena and Mann that are its lifelines. Above all, it is a place revered by Hindu pilgrims for it is believed to have been showered with blessings from Lord Vitthala of Pandharpur who is worshipped by millions of ‘warkaris’ (pilgrims). The city also has the sacred touch of Shri Siddharameshwar of Solapur and Lord Bhagwanta of Barshi while being the land of saints such as Damaji, Kanopatra, Savtamaali, and others.
The ancient name of Solapur is Sonnalagiri, derived from the fact that it was a town made up of 16 villages. It was a part of Kuntala Desh and has been ruled by Satvahanas, Vakatakas, Rashtrakutas, Chalukyas, Kalachuris, Shilahaaras and later the Yadavas. The district has tremendous tourism potential and can be explored from religious, medical, ecological, agricultural, historical and archaeological perspectives.
The city’s cultural influences are drawn from two states viz. Maharashtra and Karnataka and this is what it makes it unique. Therefore, in addition to Marathi, it has a substantial population speaking Telugu and Kannada in day-to-day life. Traditionally, Solapur has always been drought-prone but the construction of Ujani Dam on the river Bheema has contributed to a great extent to the cultivation of cash crops like sugarcane and other horticultural produce like grapes, banana and pomegranate. Now, dry areas have been converted into orchards by enterprising farmers.
The city has many places of historical importance. The medieval fort, built by the Bahamanis, is one of them. It is surrounded by a beautiful lake with a temple of Sidheshwara and the yoga ‘samadhi’ of Sant Sidharameshwara who established 68 ‘shivalingas’ in the town. It is one of the largest lakes in the country surrounding an ancient temple. The fort also has a temple built by the later Chalukyas, known as the Kapil Sidha Mallikarjuna Temple. Unfortunately, it now lies in ruins. The Archaeological Survey of India has, however, taken up the task of its restoration. The city is also famous for its Markandeya Temple built in 1893, the Venkateshwara Temple built in 1970, and the Rupa Bhavani Temple built in the 19th century.

Pleces to See One of the main attractions here is the historical Siddheshwar Temple situated in the midst of a lake. The Bhuikot fort is another place popular with tourists.
Solapur is known for its many Jain temples namely Mallikarjuna Temple, Parasnath Temple and the Adinath Temple, all named after the Jain Tirthankaras.
Another temple worth visiting is the Revansiddeshwar temple, which also has a small bird sanctuary nearby. also visit the Samadhi of Swami Samarth Maharaja of Akkalkot who is one of the most respected spiritual leaders of the region.
At a distance of 72 kms, lies Phandharpur the city of Pandhavi Vithoba that is an important pilgrimage center for the whole of India. It has one of the biggest festival and fairs in the state on Ashadhi and Kartiki Ekadasi.

Go Shopping: The city is a hit with tourists because of its indigenous textile products, especially the bed-sheets and towels. Some of the other items that make Solapur unique include the ‘agarbattis’, ‘kadak bhakris’, ‘shenga’ (groundnut) chutney and ‘shenga poli’ (roti stuffed with jaggery and groundnuts). In fact when it comes to eatables, it is the ‘hurda’ (raw roasted jowar) that you must have in Solapur, provided of course that you go there during the right season. Hurda parties with a lavish spread of groundnut chutney, ‘baingan bharta’, green gram and butter milk are arranged during the months of December and January.
Explore Ancient Temple, Visit Smrutivan