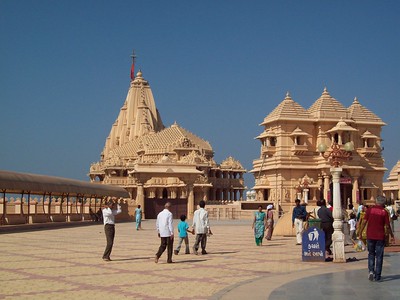 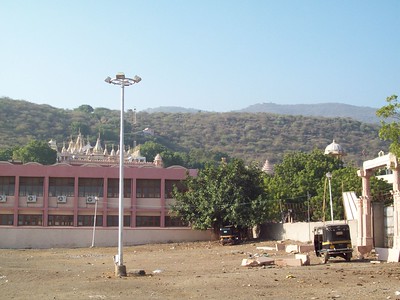 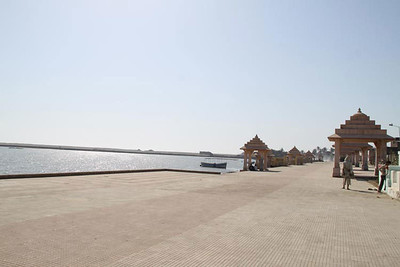 The Someshwar Mahadev temple stands tall among the temples of India. The construction of the present temple in Junagadh district began in 1950. It is the seventh temple built to commemorate the glory of Lord Somnath who was known as BhAiraveshwar in the Sa(ya Yug, Shravanikeshwar in Treta Yug and Shrigaleshwar in DwaparYug.

According to legend, Soma, the moon God built the temple in gold, Ravan in silver, Krishna in wood and king Bhimdev of Anhilwad in stone. Soma constructed the temple as a gesture after Lord Shiva cured him of his illness. This illness was caused by his father-in-law Daksha Prajapati's curse. Daksha cursed him to wane as he was infatuated with Rohini and was neglecting the other 26 wives, all 26 of whom were the daughters of Prajapati. It is said that Brahma advised him to build the temple in honour of Shiva.

In the first phase of construction the shikhar portion, the sanctum sanctorum and the sabha mandap (assembly hall) were built. The nritya mandap (the dancing hall) was built later. The temple has been constructed in the Solanki style.

The pinnacle rides to a height of 155 feet. The kalash atop the shikhar weighs 10 tonnes. The flag- mast is 37 feet long. These details give an idea of the size of the temple. In historical times the temple, the third to be precise, was raged to the ground by Sultan Mohmad of Ghazni. Then Sultans Allauddin and Mohmad Begda too desecrated it.

After the Maraths took over Gujarat Rani Ahalyabai of Indore constructed a temple near the old temple and worship is offered there ever since.

The temple is so situated that there is no land from here to the South Pole. An arrow indicates the direction.

Dehotsarga also called Balkh Tirth where Krishna shuffled off his mortal coil is nearby which the pilgrims should visit. The tirtha stands at the confluence of Hiranya, Saraswati and Kapila rivers. Vallabhacharya's Baithak is also there at Prabhas Patan

By Rail: Veraval, (5 kms.) is the closest Railway station.