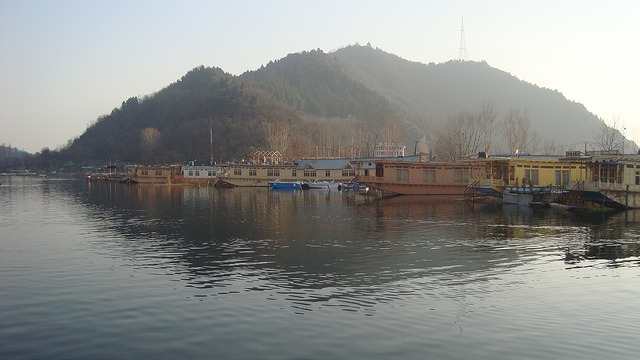 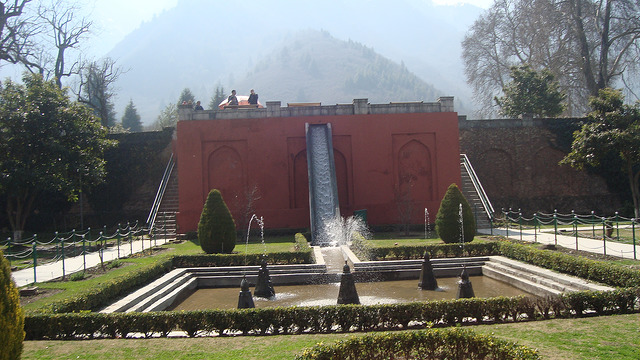 Destination Details
Tour in and around Srinagar
Hotels in Srinagar

The capital of Jammu and Kashmir and the largest city in the state, Srinagar (1,730m) is famous for its canals, houseboats and Mughal gardens . The city itself is quite unlike most other large Indian cities for here you are much more in Central Asia than on the sub continent. It's a city full of intriguing alleyways and curious buildings. A place where it's very easy to spend a few hours simply wandering - particularly along the old city streets near the Jhelum river.

Srinagar is the summer capital of the state of Jammu and Kashmir and is the pride of the beautiful valley of Kashmir. Srinagar is famous for its lakes and the charming rows of houseboats floating on them. It is also known for traditional Kashmiri handicrafts and dry fruits. Srinagar is located in the western part of the state of Jammu and Kashmir, in the northern region of India. It is located in the Kashmir valley. River Jhelum passes through Srinagar city. Srinagar is 876 km north of Delhi. It is rightly called the Pride of the Kashmir Valley.

By Air : The Nearest Airport is Srinagar . There are regular flights from other major cities of the country to Srinagar.

By Rail : The Nearest Railway Station is  Jammu well connected to other major cities of the country via regular trains.

By Raod : You can easily get regular buses to Srinagar from other major cities of the country.

A Legend  : Legend has it that when Pravarasena decided to build himself a new capital, to choose the location he started walking at midnight and was confronted by a demon on the other side of the Mahasarit River. The demon spread his bent leg across the stream and dared the king to cross over it to the other side. The king cut off the leg with one stroke of his sword and calmly crossed. The demon was delighted with the king's boldness and told him to build the city where he would find the beginnings of a plan laid out for him. The next morning the king found the boundary lines drawn at the foot of Hari Parbat and built his city there.

City Of Lakes : Srinagar's lakes are the reason why the city receives so many tourists. Not just expanse of water, the lakes are filled with houseboats, villages, narrow water canals, lotus and vegetable gardens and houses and shops. Life on the lakes, as witnessed from the confines of a Shikara, is unique. It is possible to book a Shikara for the whole day and sightsee Nishat Garden, Nasim Bagh, Hazratbal Mosque, Pathar Masjid and Shah Hamdan's Shrine, having a picnic lunch in the boat. While Nagin is quieter, the Dal is full of local colour, with tourists being rowed in Shikara to shops selling every conceivable handicraft - all within the lake.

The Mughal Gardens : The art of designing formal gardens which the Mughal (also spelt as Moghul) emperors expended such time and energy upon, reached its zenith in Kashmir. The Mughal gardens in Agra or Lahore may be very fine but only in Kashmir is the formal beauty of the gardens matched by the natural beauty of the surrounding countryside. The gardens follow a standard pattern with a central channel carrying water through the descending terraces in a delightful series of cascades, falls and pools

Shalimar Bagh : Set some distance back from the lake, but reached by a small canal, the Shalimar were built by Emperor Jehangir for his wife Nur Jahan, 'light of the world' in 1616. Although it is known today as the 'garden of love' it was originally named the Farah Bakhsh or 'delightful garden'. The garden is built in four terraces with traditional water channel running down the middle. The gardens measure 540 by 183 metres. During the Mughal period the top terraces used be reserved for the emperor and the ladies of the court and was the most magnificent. It included a pavilion made of black stone in the middle of the tank. Black Marble fluted pillars supported the pavilion, which was used as a banquet hall. Shalimar Bagh has an air of seclusion and repose, and its rows of fountains and shaded trees seem to recede towards the snowcapped mountains. A Son Et Lumeiere or sound and light show is put on here every evening during the May to October tourist season.

Nishat Bagh : The Nishat Bagh is another lovely garden with its 12 terraces representing the 12 signs of the zodiac, which descend gradually and seem to almost merge into the lake. It is situated on the banks of world famous Dal Lake in the backdrop of Zabarwan hills. With its flowerbeds, trees, fountains, the Nishat presents a dramatic sight. The gardens were designed in 1633 by Asaf Khan, brother of Nur Jahan, and follow the same pattern as the Shalimar gardens with a polished stone channel running down the centre and a series of terraces. It's the largest of the Mughal gardens measuring 548 metres by 338 metres, and often the most crowed. The walks beside the channel are bordered with lines of cypresses and Chinars. Also found within its vicinity are some remains of Mughal period buildings including a double storey pavilion enclosed on two sides latticed windows.

Chasma Shahi : Smallest of the Srinagar Mughal gardens, measuring just 108 metres by 38 metres, the Chasma Shahi, or 'Royal Spring', are well up the hillside, above the Nehru Memorial Park. The fresh water spring in these pleasant, quieter gardens is reputed to have medicinal properties. The gardens were laid out in 1632 by Ali Mardan Khan and include three terraces, an aqueduct, waterfalls and fountains. The     water from the spring supplies the fountains and then goes through the floor of the pavilion and falls to the lower terrace in a fine cascade of five metres, over a polished black stone chute. Some extensions have recently been made to the gardens. Like all the gardens the Chasma Shahi is open from sunrise to sunset but unlike the other gardens this is the only one, which charges admission. There is a small shrine, the Chasma Sahibi, near the gardens, which also has a fresh water spring.