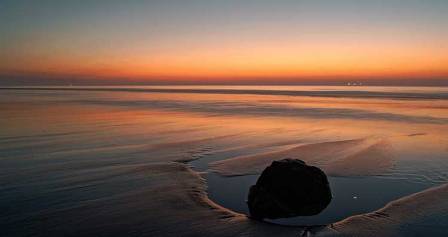 Surat finds mention in the Mahabharata when Lord Krishna stopped here during his journey from Mathura to Dwarka with his cows. According to the Sanskrit scriptures, this area was under the control of the western Chalukyas in AD 610 and remained under Hindu kings till 12th century when a general of Qutub-ud-din Aibak captured the city. The wealth and prosperity of the city started in the 12th century when Parsis first settled here. Akbar captured the city in 1573 after a long siege and it became an important Mughal trading point. Arabian traders started calling this place Bunder-E-Khubsoorat (the beautiful port), which later shortened to Surat.

In 1612, the British established their trading factory here, soon to be followed by the Dutch and French. Due to political and climatic problems and growing importance of Mumbai, Surat lost its prominence. In 1852, Surat became the first municipality of Gujarat and gradually it became a major business city famous for its textile industry.

Surat circuit consists of the old historic city of Surat, India's ancient trading centre. Since long traders from across the seven seas had links with this region. The Saputara and the Dangs regions are filled with tribal villages where you can witness the lifestyle, traditions of the indigenous people living the life their ancestors lived years ago.

THE TEXTILE CITY: Since the earliest times, the ancient port of Surat has been renowned for its fine silks and exquisite brocades and its trade in spices. Surat has been one of the most prosperous of India's cities in the 17th and 18th century. Surat, the city of commerce was an important port that first attracted the Europeans to the riches of India.

The East India Company established its first warehouses in Surat in 1612. And it was at Surat that Sir Thomas Roe landed when he came as King James' ambassador to the court of Emperor Jehangir. In Mughal times, Surat was the main port from which pilgrims sailed to Mecca.

Even today, Surat is a premier industrial city of India. It is a city of riches, of gems and diamonds. Times may have changed but Surat remains and continues to grow.

Surat was founded by Parsi refugees in the 12th century, and it emerged as a minor trading post during the 1500s when it was plundered and razed numerous times by the Portuguese. In 1592, after a protracted siege, the town fell to Akbar, under whose patronage, it became one of India's most prosperous mercantile capitals, as well as a key transit point for Muslims heading to Mecca.

Situated on the south bank of the Tapi River, about 14 km from the sea, Surat has always attracted traders and merchants from afar. Its finely carved mosques, Parsi agiaris, European tombs and colonial houses all testify to the eclectic mix of ethnic communities that continue to live in the city. Surat is first major city en route to Gujarat from Mumbai, and makes a good base to explore southern Gujarat. Surat was once renowed for its silk weaving and brocade. The city still thrives as a textile center, mainly for its polyster fabrics. As the Textile industries declined in Ahmedabad and Mumbai in the 1970s, Surat became one of Gujarat's fastest growing cities and gave rise to several small scale industries.

Air: Currently only connected to Delhi.

? Dandi - Situated on the coastline and well known as a salt centre, Dandi has acquired a name in history after the famous 'Dandi March Salt Satyagraha' launched by Gandhiji in March, 1930 AD. While overtly the Dandi march purported to protest against the hateful Salt Tax levied by the British, the underlying purpose was to kindle the spark of Civil Disobedience and thereby attain independence. On a warm April morning in 1930, Gandhi and his 78 followers marched 241 miles to Dandi and formally breached the Salt Law, an act that would go down in the annals of history as the first salvo to be fired against the British Empire.