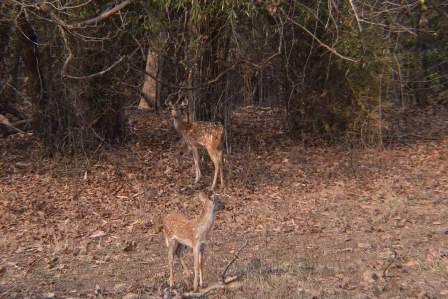 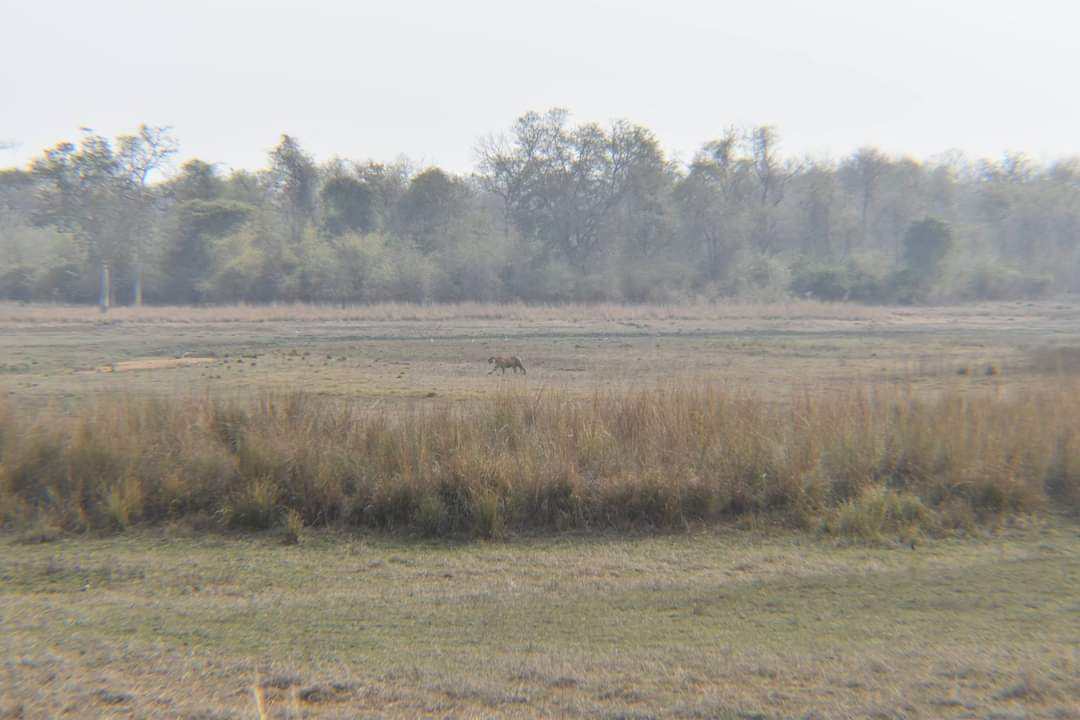 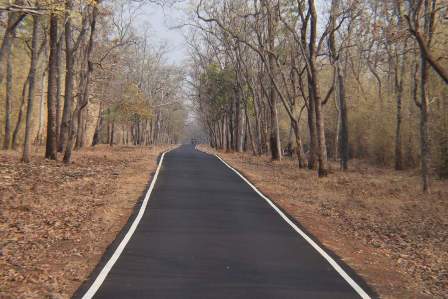 Destination Details
Tour in and around Tadoba
Hotels in Tadoba

Visit Tadoba is probably one of India’s finest Tiger Reserves. The success of protection and conservation mechanism has meant the number of Tigers in this reserve have increased close to the optimal holding capacity. This has meant that the herbivore population has been maintained in balance and thus the flora too is able to grow and regenerate continuously. In other words, the Tadoba Andhari Tiger Reserve boasts of a healthy forest. Interestingly, new monitoring technologies available have also shown a steady movement and an exchange of population of animals like the tiger with other neighbouring forests – some even in the neighbouring states. This has meant a genetically healthy population of animals too.

So, if you are willing to bear the chilly winter mornings or scorching Vidarbha summer afternoons, in this land of the Gond tribals, who once ruled these areas – you will be blessed with some of the most memorable wilderness experiences. You could drive into the Park in an open Gypsy vehicle and just wait by the lakeside or at Panchadhara or Pandharpauni or just anywhere on the route where you can hear the symphony of birds. Very soon, you will be enthralled by birds of different colours, movements and songs. You could also witness the kings of the skies – eagles, buzzards and falcons as they descend down from the heavens and perch by the waterside or may even be on a branch next to you. Be sure to carry a good pair of binocular and camera. Tadoba never disappoints.

Don’t make the mistake of chasing the tiger though – because you will then miss out on the other beautiful members of the Tadoba family. The ghost trees that brighten up the forests, palas and semul trees whose colours entice birds from far and near and the huge giants like the ain, teak, arjun, jamun and bhera that provide the spectacular character to this forest.

We recommend that you drive around patiently – enjoying the sights of the heavyweight Indian gaur, the fur ball bears, the innocent and beautiful sambar, barking and spotted deer or even the playful troupe of langoors. Even as you are enjoying these spectacles, you might suddenly eye a crouching tiger or a hidden leopard. More often you might be led to them by the jungle postmen – peacocks, langoors and spotted deer, informing the forest of their arrival.

Another member of the Tadoba Company may not exactly be cute and cuddly. But the crocodiles in the central lake are just as interesting to observe, as the leopards and tigers are. Their stealthy movements underwater bring them extremely close to the unsuspecting prey – and what follows is a logic defying speed at which the prey disappears, grasped in the powerful jaws, as it is pulled underwater.

While tigers, leopards and crocodiles are able to enjoy their meals without having to share with their extended family, there is one predator in Tadoba, which is not so large and hidden. Wild dogs instead walk the paths, trails and even the roads without trying to conceal themselves. Instead their whole pack, with numbers often exceeding twelve to fifteen individuals march across Tadoba fearlessly. Once they spot a potential prey, in some coded whistling language of their own, a plan is quickly put in place. What can be witnessed next could shame most experienced war strategists too. An aging or a weak prey is identified from the whole flock. Then starts the deadly chase where individual dogs chase the prey to the next member, who then takes over the task of tiring out the animal and then passing it on to the next member. Soon enough, the prey animal has lost all its energy and just waits to be devoured by the whole pack in a matter of minutes. Every member of the pack manages to bite into a small portion of food. But then the wild dogs are fairly small in size – and anyways food is in plenty in Tadoba and the next meal can be soon ordered!

The sight of a tiger, the snarl of a leopard, high speed movement of the crocodile and the strategising wild dogs will always keep the memories of Tadoba fresh in the memory. But the urgent need for its protection and that of the other wilds of this country has only been further strengthened today.

You might have enjoyed the sights and sounds of Tadoba. But in your best interests, you must only return home with the famed oranges, mangoes and orange burfis of Vidarbha. You could also try the khoya jilebi and other mouth watering delicacies at Haldiram outlets.

When you are here, keep time for Anandwan – that Baba Amte so lovingly built for the leprosy patients. Today a large number of them have been healed and are now running the various enterprises here.

By Road: The nearest bus stand is Chandrapur 25 kms from Moharli.

NEAR BY ATTRACTIONS TO TADOBA

Jain Temples and Pottery Works at Bhadravati:Bhadravati is a major pilgrimage centre for the Jain community, with a beautiful Jain temple as well as a Ganesh temple, one of the Ashta-Vinayaks of Vidarbha located here. The sprawling Chandrapur Ordnance factory is also located here. Bhadravati is also known for the famous Mirmira pottery works.

Baba Amte's Leprosy Rehab ProjectAnandwan at Warora:Anandwan, through its multiple projects and diverse initiatives in healthcare, formal and vocational education, agriculture, development of land and water resource, employment, empowerment and youth sensitization, not only achieved self-sustaining economy but helped people to regain their self-respect. It brought smiles to millions of faces coming from darkest corners of the life. Baba’s indomitable spirit and extraordinary determination proved to the world that there is “a sound mind in an unsound body”.

Mahatma Gandhi's Sevagram Ashram.:Sevagram has become an inspiring place. Many decisions on import ant national matters and movements were taken at Sevagram. It became the central place for a number of institutions for the nation building activities devised by Gandhiji to suit the inherent strength of this country. Shegaon is a small village 8 km from Wardha town in Maharashtra and 75 km from Nagpur. In spite of many practical difficulties, Gandhiji decided to settle here

The project manages and undertakes activities like free dispensary for tribals, ashram shala for 650 students learning in 1st to 12th std, Amte's animal ark and environment conservation, village development, creation of tanks, deepening, school at a remote place like Nelgunda village. The ashram shala is also being closed. The project is closed to avoid infection of virus from the tourists and people visiting to workers, volunteers and tribals in dispensary.