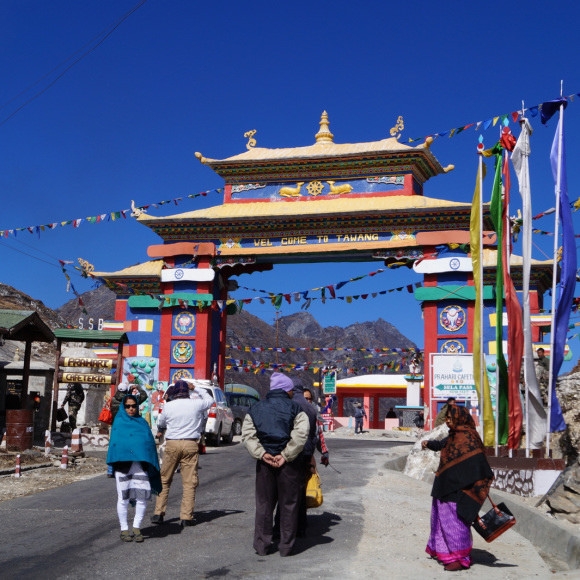 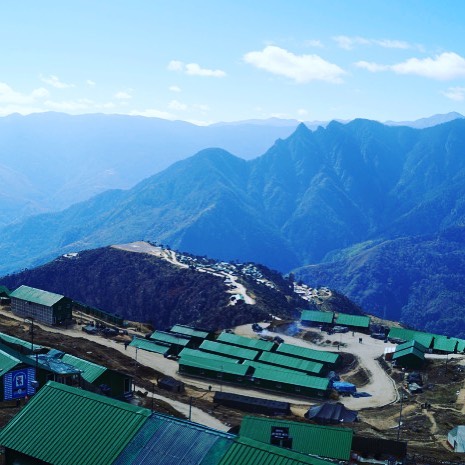 Fairs and festivals have always been an integral part of the tribal people of Arunachal Pradesh so also is the Monpa tribe. Like other tribes of Arunachal Pradesh, the festivals of Monpas are also mostly associated with agriculture and religion. Monpas of Tawang celebrates number of festivals every year Some of them are as follows:

Losar : Losar the New Year festival is perhaps the most important festival of the Monpas. It generally falls during the last part of February or early part of March. It is celebrated with great solemnity and gaiety which last for I5 (fifteen) days. Various dances are performed during the festival. Every one is pressed to partake of delicious foods, beer and wine on the occasion.

Torgya : It is a Monastic festival being celebrated every year in the 28th day of the eleventh month of the lunar calendar which generally falls in the month of January every year. This festival is believed to be celebrated to chase out the evil spirits and usher in the prosperity and happiness both human being and crops. During the festival a ritual monastic masked dances in magnificent traditional attires are performed in cham-lang the courtyard of the Tawang Monastery

Dukpa Tse-She : On the fourth day of the seventh month i.e Dukpa Tse- Shi, the Lord Buddha delivered his maiden preaching on the Forth Novel Truths to his initial five disciples in the Deer Park at Sarnath. The day is commemorated by visiting religious shrines and offering prayers.

Gaden Ngamchoe : As per lunar calendar, this festival falls in the twenty fifth day of tenth month. This is observed to perpetuate the death anniversary of Je Tsongkhapa, the founder of Gelukpa an order of the Tibetan Buddhism As a mark of devotion and to mourn His death, devotees can be seen drinking gruel of bit of flouring dumplings in the evening. Lamps are lighted in the evening on the house roofs and verandahs of the houses and Monasteries to commemorate the occasion.

Lhabab Duechen : The twenty second day of the ninth month of the Lunar calendar is celebrated as Lhabab Duechen- the day on which the Lord Buddha descended from Tushita, the realm of God. The day is devoted to religious activities like circumambulating shrines, lighting lamps and praying.

Saka Dawa: This festival is celebrated in the 4th month of the lunar calendar to mark the achievement of Nirvana by Gautom Buddha.

Apart from the monastic dances performed by the monks during the Torgya festival, the Monpas have several other attractive pantomimes dance-dramas depicting legendry stories or events. Some dance-dramas also impart moral lesson In most of the dances/ pantomime the artistes wear mask which have resemblance of human, animal and birds faces. The musical instruments they use for traditional songs and dances are trumpet, drum, cymbals, clarion, conch shell etc.

Achi Lhamo dance: It is one of the popular folk dances amongst Monpas of Arunachal Pradesh. This dance-drama form of performance tells a tale about a famous King Choegyal Norsang of Jangchok Nga-dhen kingdom. Through the rhythmic movements and songs, they tell how the king vanquished his enemies and won the heart of his beloved ones. This dance is usually performed during Torgya festival.

Yak dance : The yak has a major role in the economy and prosperity of the Monpas with it multi-purposes usage. This dance depicts how a man named Thegpagali discovered yak many hundreds of years ago.

Lion & Peacock dance : This dance associates with the saint Tentelling who was meditating on the mount Gangrikarpo for three consecutive years in the Himalayan range. Surprisingly, on the other ridge of the same mountain dwelt two snow lions. The two snow lions saw the Saint meditating for such a long period of time all devoid of food or drink and quitting himself from the worldly affairs. Out of compassion, the two snow lions would always visit the saint and offer him milk for survival and finally they became intimate friends. Eventually, the people heard of this marvelous relationship between animal and human being, so they went to have the sight of the fact. People were

By air. Nearest airport from Tawang is located in Tezpur (Salonibari Airport) at a distance of 387 km. ...

By road. Best way to reach Tawang through road is via cab or bus services. ...

By train. Nearest railway station from Tawang is Rangapara Railway Station, at a distance of 383 km.