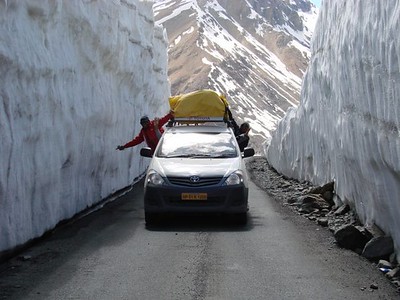 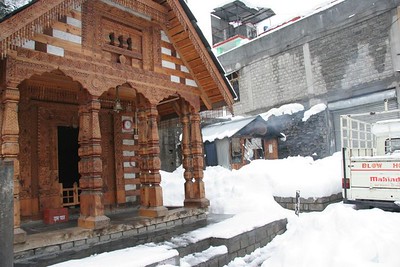 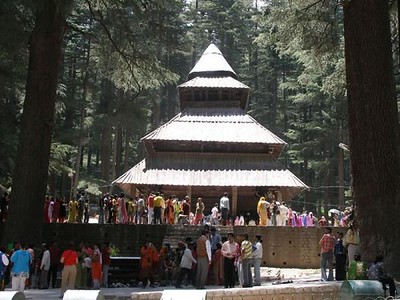 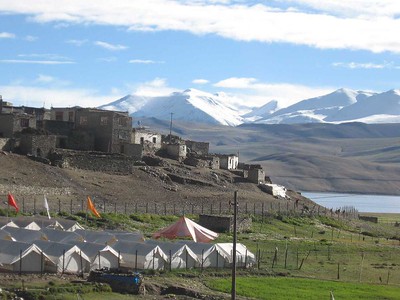 Nowhere else in the world can a traveller find such splendid diversity of mountain scenery as in the Himalayas, ‘the Abode of Snows’, and an unforgettable way to enjoy this diversity is to travel up the road from Manali to Leh.

The Manali – Leh road weaves in and out among the mighty snow-clad peaks of the Western Himalayas over a stretch of nearly 485 kms. The road is open from mid-July to mid-October every year, depending on weatherconditions.

Let’s begin with Manali in Himachal Pradesh once called ‘Devbhumi’, the Land of the Gods. It is easily accessible by air and by road from Delhi, Chandigarh, Shimla and Pathankot.

Against the dramatic setting of dazzling snow-bound peaks, green and idyllic Manali glows like some rare emerald. The tumbling, sparkling waters of the river Beas, where one can fish for trout, the luxuriant apple orchards, the whispering forests, all add to the magic of Manali. It is also the ideal base for excursions to the hot sulphur springs of Vashisht, the beautiful Malana, Parbati valleys, Chandratal (the Lake of the Moon), Surajtal (the Lake of the Sun), the Solang skiing slopes, Naggar and Manikaran etc.

For the intrepid seeker of adventure, Manali is the starting point for many an exciting trek, such as the one to the Rohtang Pass, 51 kms away. This pass is an important milestone on the Manali – Leh road as it is the gateway to the Lahaul and Spiti valleys.

On its way to Keylong (115 kms from Manali), this important road, which was once part of the ancient trade route between India and Central Asia, wends its way through breathtaking mountain views via the Rohtang Pass, Gramphoo, Kokhsar, Sissu, Gondla, Tandi. One can also reach Kaza, the main town of Lahaul and Spiti

distance from Manali: 224 kms) via Gramphoo, Chhota Dara, Bara Dara, Batal, Kunzum Pass (1600 ft.), Takcha and Losar. As the landscape changes in this part of Himachal, so do the faces of the people. Tibetan influences are marked in their looks and lifestyle and their heritage is predominantly Buddhist. Three monasteries lie along the way. The Karding, Shashun and Tayal monasteries are well worth a visit.

Onward the road moves…to the Bara Lachha Pass (height: 4883 m), 73 kms from Keylong. Beyond this steep pass lies Sarchu, 43 kms away, in the adjoining state of Jammu and Kashmir. Now the trail hits the highest regions of Ladakh.

Through the Forbidden Land

Situated between the towering mountain ranges of the Himalayas and the Karakoram, the average height of Ladakh ranges from a dizzy 3000m to 3650m above sea level. The landscape is austere, yet strangely beautiful.