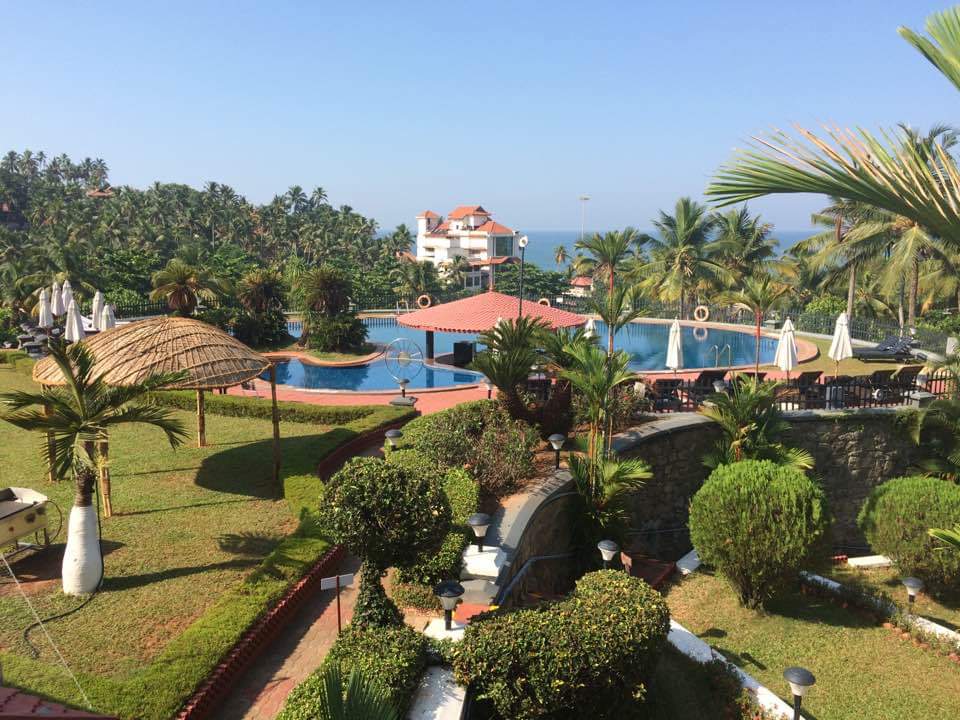 ?Varkala is small town in Kerala, South India. If you're looking for beaches and are fed up with the crowds & prices at Kovalam, then its well worth checking out Varkala. The best times to go, are of course in the season, when the beach extends out all around the cliff face for 500 meters.The beaches around this area are excellent and if you're looking for a cheap holiday Varkala should definitely be on your list. In the off season its really mellow and relaxed, swim & sleep & chill out. Only in December does it get really busy and prices start rocketing till January/February, when it starts to quieten down. But remember most 'tourist' locations in India with beaches will be busy during December, if you want to miss the crowd, head for the hills in Kodiakanal-Tamil Nadu. Varkala has been a Hindu pilgrimage site since the 12th Century. The Janardhana Temple was built during this period and many Hindu's still visit Varkala to this day, for this very reason.

The main beaches and tourist area are located at the cliff top, which is about 7 minutes walk from the Temple. The 'cliff-top' is where most of the hotels & restaurants are located, over looking the Arabian Sea. The main season starts from Dec 1st- March 31st, with December & early January experiencing the biggest rush. If you want to go out of season, then you can stay very cheaply and of course avoid the crowd .

·         By Raod : You can easily get regular buses to Varkala from other major cities of the country.

?  The Janardhana Temple :  The Janardhana Templeis said to be 2000 years old and has a Vishnu shrine. It is said that the original temple was engulfed and destroyed by tidal waves. Years later, a Pandyan king came to the site to do penance to Brahma for a sin he committed. The Lord pardoned the king and in return, asked the king to build another temple at the same site. The story goes that in a dream he was informed of the location of the original idol that was lying deep in the sea. With help of fishermen, the king reclaimed the idol and reinstalled it in the temple. The legend also says that brahma appeared and completed the rituals. Non-Hindus are not allowed to enter the inner sanctum of the temple, but are allowed to walk around the sanctum and stroll around the huge banyan tree. The festivals of the temple are colorful with noisy parades. Another Hindu ritual to be watched is the 'vavu bali' performed on the beach on the new moon day of the month of Karkkidakam’ (Malayalam Era).

·         Sivagiri Mutt : Sivagiri is the headquarters of the Sree Narayana Dharma Sangham Trust. The ashram is devoted to Sree Narayana Guru (1855-1928), whose followers, the Ezhavas form a large group of Kerala population. Guru preached the doctrine, 'one caste, one religion, one god for humanity' and attracted a large following among the lower castes. Thousands of followers visit the Mutt each year. Every afternoon, ‘sadhya’ is served at the mutt for Rs 10.

·         Anjengo Fort : Near to varkala is the site of the Dutch East India Company’s main garrison, Anjengo Fort. In the 17th and 18th centuries, the fort protected their powerful position in the state.