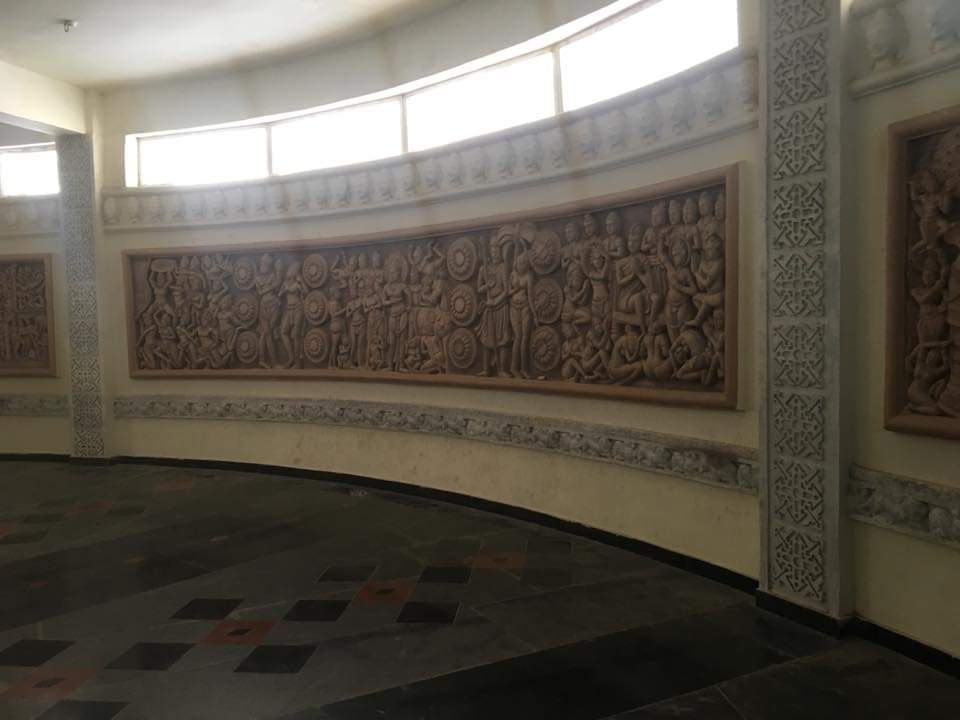 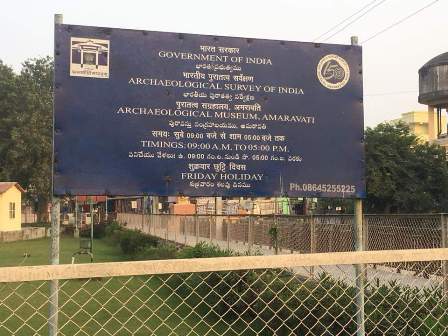 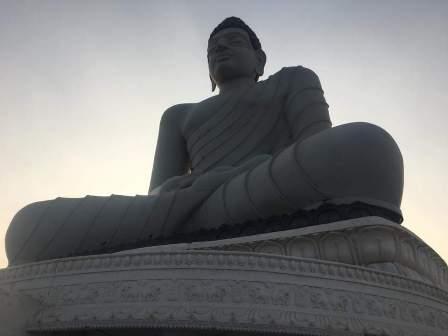 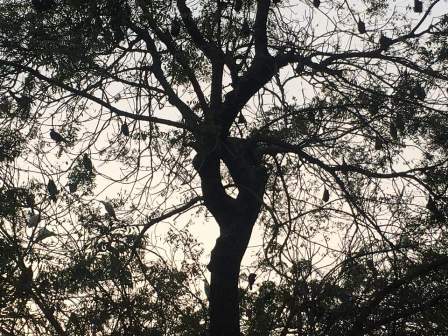 The moment you mention Vijaywada to locals, they will talk about beautiful springs, mouthwatering sweets and juicy mangoes. Also, known as Bezawada, this city is located on the banks of Krishna River and overlooks the Bay of Bengal. The Indrakeeladri Hill forms a spectacular backdrop to the city on the west.

The name of the city translates to 'place of victory' and it holds and important position in South India because it is home to the region's largest railway junction. The city name has mythological connections, as it is claimed that Arjuna was blessed by Lord Shiva at the top of the Indrakeeladri Hill and after that Arjuna created Vijayawada. According to another myth, Goddess Durga rested here after killed a demon and that is why the place got its name. Nonetheless, Vijayawada is a veritable paradise for people to learn more about the region's history and culture. The city is renowned for some beautiful temples, Buddhist shrines and of course, the famous Prakasam Barrage.

By Air : The Nearest Airport is Vijaywada

By Rail : The Nearest Railway Station is Vijaywada Junction

By Road : Vijayawada is well connected to other major cities of the country via regular buses.

Kanaka Durga Temple : The temple of Kanaka Durga is located in Vijayawada and leaves visitors spellbound. The beautiful and picturesque temple lies on top of Indrrakiladri Hills and enshrines Goddess Kanaka Durga. The hill offers some amazing vistas of the city. There are two routes to the temple. One can take the stairs leading to the temple which can be difficult and arduous. The one route is driving up the Ghat road. Along both routes there are ancient inscriptions that reveal the stories from the ancient times. Local legend claims that Arjuna, the mighty warrior from the Mahabharatha, received his divine weapon, the Pasupatha, at this site and after getting the weapon, he constructed the temple to honor Goddess Durga.

Amaravati : Amaravati is a small town located on the banks of Krishna River. It is about 33 kilometres from Vijayawada and has historical importance. It used to be the site of an ancient Buddhist settlement, which was known as Chintapalli. The stupa at this site was said to be bigger than the one at Sachi. This stupa was built in the 3rd century BC during the reign of King Ashoka. It had gateway at each cardinal point. While these structures are no longer there, one of the gateways was meticulously reconstructed. The carvings on the gateway highlight the life of Buddha. There is a small museum that has collections right from the 3rd century to the 12th century AD and one of the images of Buddha has lotus symbols on the feet with long ear lobes and tight curls. The museum is fascinating.

Bhavani Island : Spread over an area of 133 acres, Bhavani Island is a river island that offers a wonderful escape from the hustle and bustle of city life. It is a place to rest, relax and enjoy oneself with its mangroves, well-manicured gardens, pristine woodlands, rolling meadows and shimmering water bodies. Bhavani Island is a popular picnic spot, where children can run around carefree while adults can enjoy the energising and refreshing ambience. Situated in Krishna River, the island is quite close to Prakasam Barrage. There are great boating facilities, which allow visitors to explore the river. The swimming pools on the island are well-maintained and clean. Visitors, who do not want to spend time in the pools, can opt for other watersports or try their hand at fishing and angling.

Prakasam Barrage : The Prakasam Barrage is built across the Krishna River and is imposing in appearance. It stretches 1,223.5 metres across the river, over a lake and is the largest barrage in Asia. The barrage also serves as a road-bridge. The barrage was built in 1855 and was enhanced in 1957.The three canals that run into the barrage traverse Vijayawada to give the city a Venetian look. The barrage makes a wonderful place to walk leisurely and enjoy the shimmering lake and balmy breeze. Prakasam Barrage is responsible for transforming Krishna Delta into a fertile area and is major grain producing-region of the state.

Undavalli Caves :  The Undavalli Caves date back to the 7th century BC and are prime example of rock-cut architecture. The caves are about 8 kilometres from Vijayawada and offer a unique perspective into ancient religious practices. The caves are carved out of sandstone on the side of a hill. While there are many caves, the largest is the one that is most popular for its huge monolith of Lord Vishnu in the reclining posture. This monolith is made from a single granite block and is located on the second storey of the temple, which has a total of four stories. It is believed that the caves were originally used by Jain monks because of its Udayagiri and Khandgiri architectural styles. The main cave is a prime example of Gupta architecture style, which concentrated on primitive rock-cut monastery cells.

Kuchipudi : The ancient hamlet of Kuchipudi is renowned as being the birthplace of one of the most popular dance forms of South India, the Kuchipudi dance. This beautiful and serene village is about 60 kilometres from Vijayawada and is home to the Kuchipudi dance school. According to the locals, Siddhendra Yogi, the founder of Kuchipudi dance, used to live in this village. He is responsible for establishing a base for the dance form and over the years, Kuchipudi not only flourished in India, but also around the world. Visiting this hamlet, visitors can marvel at the site where this extremely expressive dance form originated. The experience of visiting the site of the dance school can be very enriching.

St. Mary's Church: St. Mary's Church, Gunadala, also known as The Mother of Good Health, Mary Matha's Shrine and Gundala Matha Shrine is built on a hillock. Located in Krishna District, close to Vijayawada, this church houses a museum, which has many valuable gifts as well as ancient relics. Most of the gifts housed in the church were presented by devotees. It is said that Father Arlati Pime, who was the rector of St. Joseph Orphanage, made a pathway leading to