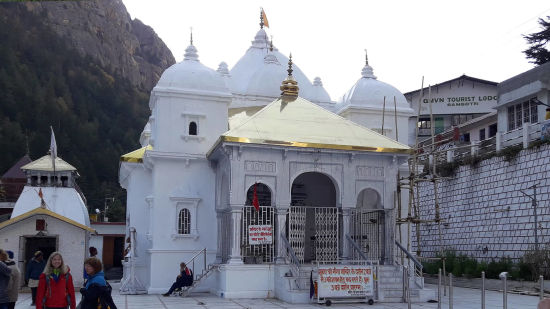 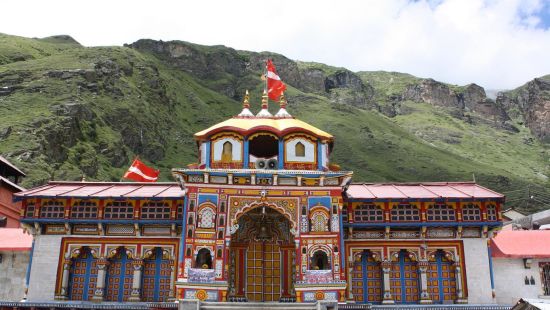 Situated amidst the Garhwal Himalayas, Yamunotri in the state of Uttarakhand is naturally bestowed with abundant beauty and charm. At a hovering altitude of 3293 meters, Yamunotri lies adjacent to the Indo-Chinese border and is encircled by the lofty peaks on all sides. One of the holiest centers in the Hindu pantheon, this sacred abode of the Asti muni boast of so many unparallel vistas of nature.

Highly revered as the origin of the majestic River Yamuna, Yamunotri is famed for its glaciers, and thermal springs that makes it one of the most important stopovers in the schedule of a Hindu pilgrim. According to Hindu tradition, Yamuna is the sister of Yama, the god of death and a holy dip in this river secures a painless death to the devotee.

A thrilling and exhilarating location in the footsteps of Garhwal mountain ranges, Yamunotri proffers picturesque surroundings with the awesome shrubs, lush meadows and gushing cascades. A legendary place, which demands lots of courage and stamina to reach, Yamunotri would be a perfect place for those who love escapades. The trek to Yamunotri is magnificent, subjugated by mind stilling views of craggy peaks and intense forests.

From the snow-clad summits to the turquoise lakes, Yamunothri has unbelievably romantic allures on store for those who are young at heart. Its imposing walking trails beside the gushing streams presents some of the spectacular moments that one could never forget.

The Shrine of Yamunotri, source of river Yamuna is situated in the direction opposite to Gangotri and the road bifurcates and goes to Yamunotri from Dharasu, a place between Rishikesh-Uttarkashi. Yamunotri can also be visited via Mussoorie and Barkot.  Situated at an elevation of 3235 metres above sea-level, the shrine of Yamunotri is one of the ‘four dhams’ of Uttarakhand. The source of Yamuna lies about 1 km. ahead at the altitude of about 4421 metres. The approach is extremely difficult and pilgrims therefore offer pooja at the temple itself.There are hot springs close to the temple, a bath in them is very refreshing after a tedious 13 kms. trek from Hanumanchatti or 5 kms. from Janki Chatti.

Yamunotri Temple : Yamunotri is one of the Char Dham and it is also first place to visit in the Char Dham Circuit. Thousands of devotees visit the sacred shrine of Yamunotri temple every month from May to October. Yamunotri Temple was constructed by Maharaja Pratap Shah of Tehri Garhwal. The temple opens on the auspicious day of Akshay Tritiya and closes on the second day after Diwali festival. The temple holds immense importance amongst the Hindus. Yamunotri is the source of the Yamuna River which is one of the major rivers of India.

The main temple is dedicated to Goddess Yamuna. The present temple was built by Maharani Guleria of Jaipur in the late nineteenth century. Once destroyed by an earthquake, it has been rebuilt. A holy dip in the nearby tank filled by hot springs and cooking rice in its water are common rituals performed by the devotees.

Janki Chatti : It is the midpoint of the trek to Yamunotri which is accessible by jeeps. Janki Chatti is situated 7kms before Yamunotri and this place is popular for thermal springs.

Surya Kund : There are many natural thermal springs in Yamunotri of which Surya Kund is renowned. The water of Surya Kund has a surprising temperature of 1900F. Pilgrims tie potatoes and rice to cook it by immersing it under water of Surya Kund. After cooking it is served as ‘prasad. One of the important thermal springs known for its very high temperature of 190 F. Pilgrims cook rice and potatoes here to offer to the deity in the temple.

Divya Shilla : Divya Shilla is a rock pillar which is worshipped before entering the divine Yamunotri temple.

A huge rock pillar venerated before entering the Yamunotri Temple