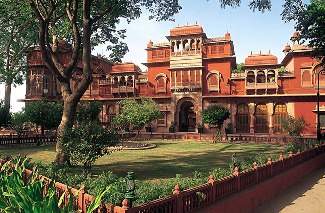 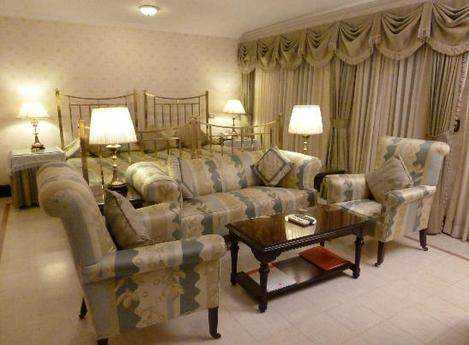 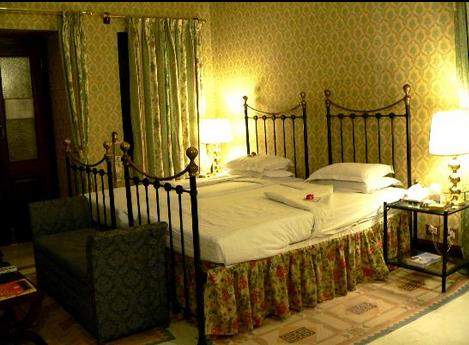 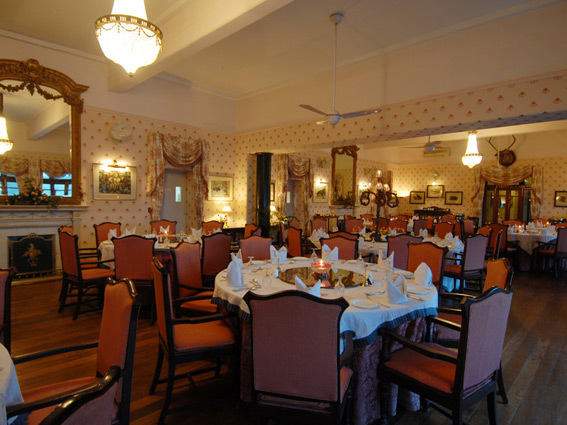 Gajner Palace is a jewel in the Thar Desert, built by HH Maharaja Sir Ganga Singh of Bikaner on the edge of a lake. The property was converted into a heritage hotel in 1976. Lose yourself in this sprawling majestic palace, with its distinctive terraces and balconies; revered for its fabulous setting and unhurried way of life, explore a world of nature-walks, boat-rides, sanctuary dinners and desert safaris. Discover Rajasthan’s ‘best-kept secret’, just 30-minutes’ drive away from Bikaner.
The hotel's compound stretches over 6000 acres. The palace was primarily a hunting resort during the days of the British Raj and attracted several dignitaries, including the Prince of Wales in 1905, Governor General Lord Elgin, Lord Erwin in 1927 and Lord Mountbatten when he was Viceroy of India. The Imperial Sand Grouse shoots at Gajner Palace during the Christmas season was the most sought after invitation in the indian social calendar.Besides its panoramic landscape and architectural beauty, the Palace Complex also has the remnants of a historic railway station: this hunting resort was connected to Bikaner Palace by rail in 1922.
Rooms
Total Rooms: 45
Historic Suites: 13
Deluxe Rooms: 32
Gajner Palace is divided into four distinctive wings: Dungar Niwas, Mandir Chowk, Gulab Niwas and Champa Niwas.
The hotel's 13 historic suites are in Dungar Niwas where British dignitaries stayed during their leisure trips to the Palace. Each suite has been meticulously restored to its original grandeur. Every detail, from the furniture to the wallpaper, the four-poster beds and picturesque windows has been carefully recreated exuding an aura of a bygone age. All rooms have been thoughtfully fitted with modern conveniences.
The palace-hotel also offers 32 deluxe rooms in Gulab Niwas (used by glamorous railway officers in former times), Champa Niwas (the recently built section, with a beautiful courtyard surrounded by rooms) and Mandir Chowk (part of the reception area for dignitaries arriving by train and dominated by the presence of an ancient temple and age-old Banyan trees).