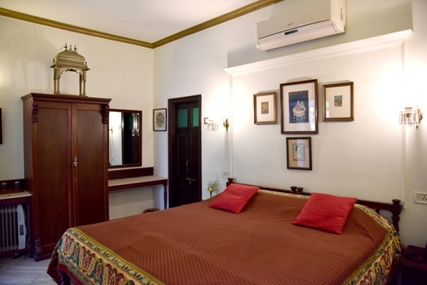 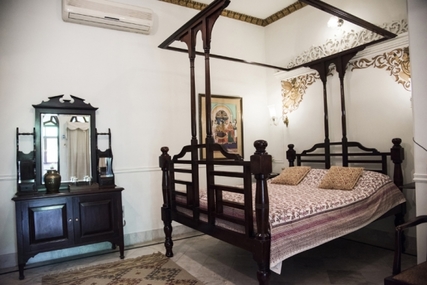 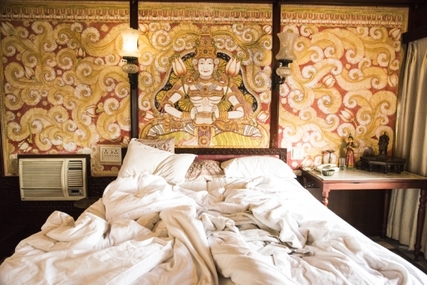 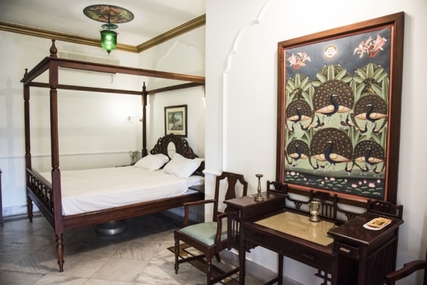 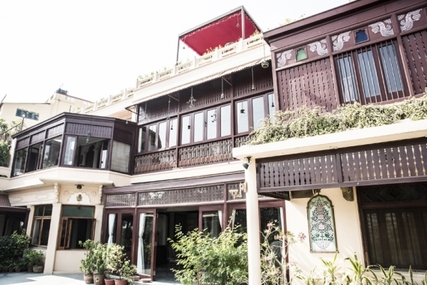 Asi Ghat, where the hotel is located, houses the Asi-Sangameshwara, a significant Shaiva shrine in which Asi Madhava is the main vaishnavite deity. It is believed that the original shrine of Asi Madhava had gradually eroded over the centuries. In 1870, Dulhin Radha Dulari Kuwari – a princess of the Sursand State of Bihar, widow of Srimant Damodar Dev Narayan Singh of Chainpur State in Bihar – settled down at Asi and became involved in philanthropic activities. Local pundits of that time suggested her to reconstruct the Asi Madhava shrine and build the ghat overlooking Ganga (the Ganges). The land to build the temple and the ghat was bought from Kashiraj Prabhu Narayan Singh in 1903. The temple was constructed over the years in Panchayatana style; the key shrine being dedicated to Vishnu and Laxmi. After Dulhinji’s death in 1927, her son-in-law, Kumar Kailash Kinkar Narayan Singh and her grandson, Kumar Keshav Kinkar Narayan Singh immigrated in Varanasi. Married into some of the most prominent families of the city, including the Jagatganj branch of the Kashiraj family, they were known for their great love for music, art and literature. The present generation of the family having converted the family home into the hotel in 1990, have continued their inherited tradition of patronage of the arts.

The cosy AC rooms all have an attached bathroom with shower.

In the evenings you will experience the art of cooking tasting the most exquisite Indian food, prepared according to the family’s ancient recipes.

During your stay you will enjoy the small library with its wide collection of books on Indian art, Indian culture and history. You will find books on aesthetic, on textiles, on metal art, craft, philosophy and photography. Most of the books have been written by our visiting guests, scholars and art experts.

You will also have the opportunity to admire our collection of paintings, of objects of arts, of textiles, maps, craft and folk art which are ornamenting the walls or the old pieces of furniture and which we change from time to time, according to seasons and festivals. Most of the paintings and objects date from the 19th and early 20th centuries. In this collection you will find numbers of art pieces from the Banaras style which has flourished in the early 19th century, like the work of Ustad Mulchand, Batuk Prasad, Ram Prasad and his son Sarada Prasad. Painters of this tradition are still working for and with us.

We believe our collection will encourage people to go deeper into the culture of Banaras (Benares, Varanasi) and discover its beauty.

Free WiFi in the Room

Tea/Coffee in the Room

Airport Pick and Drop Off to the Airport