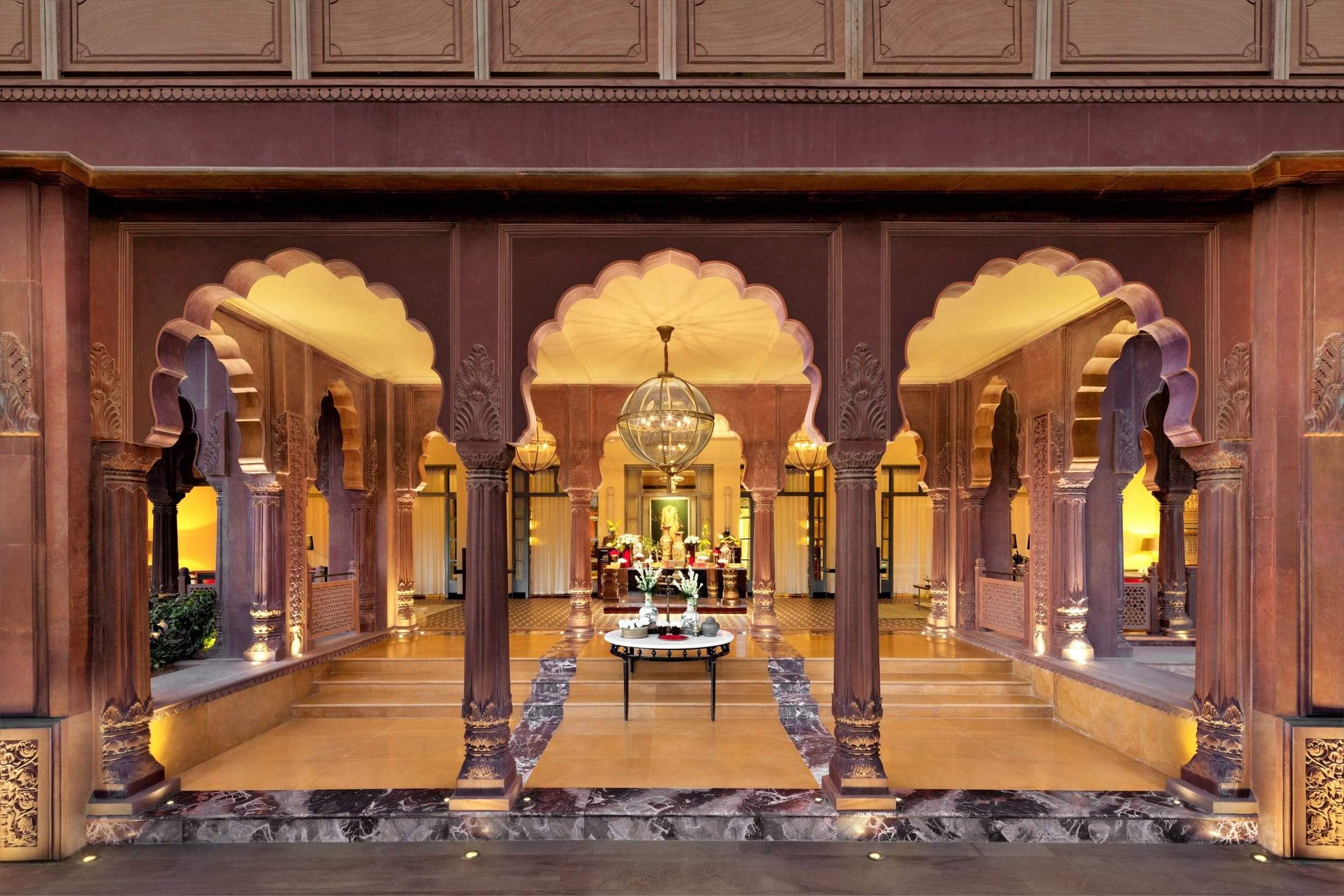 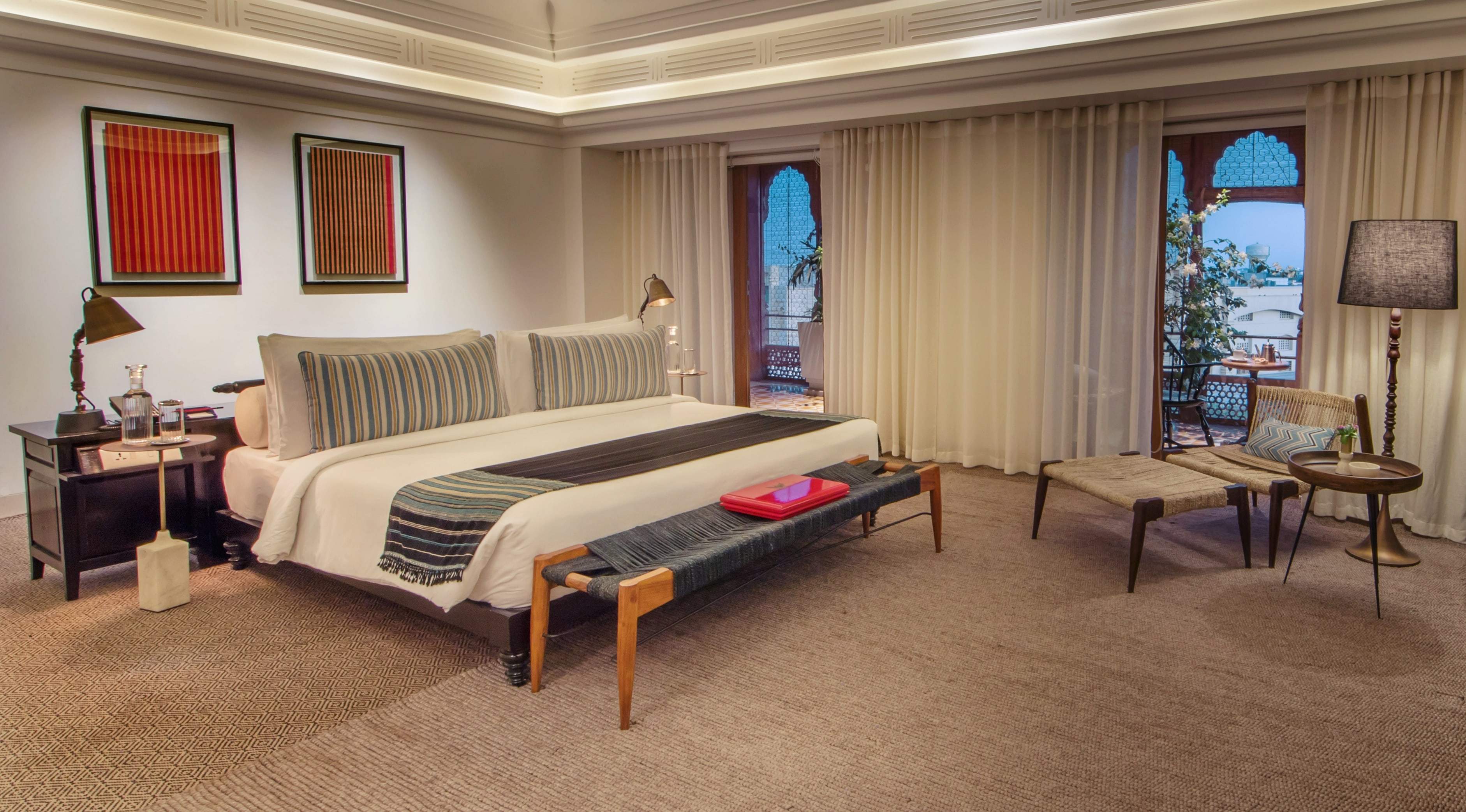 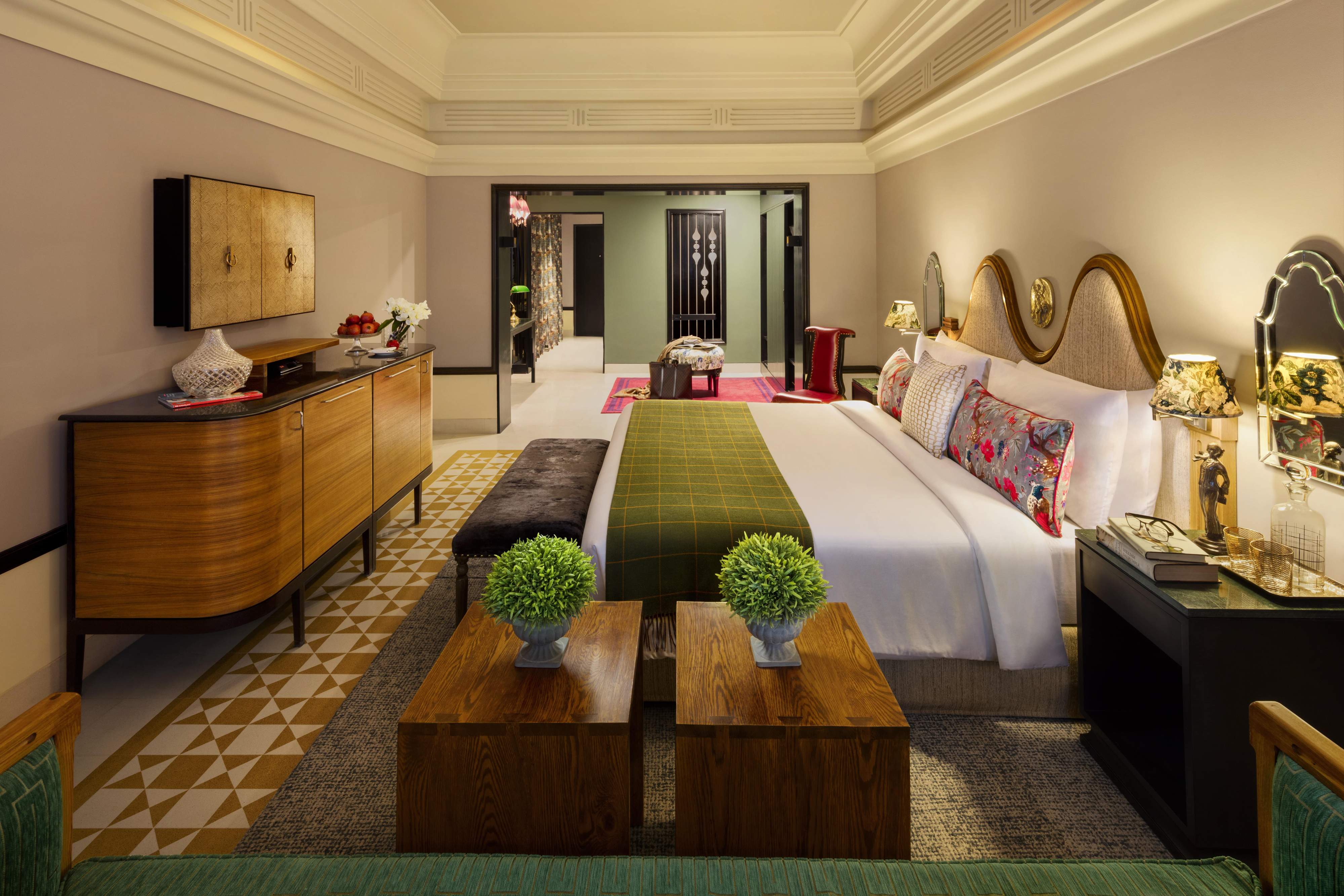 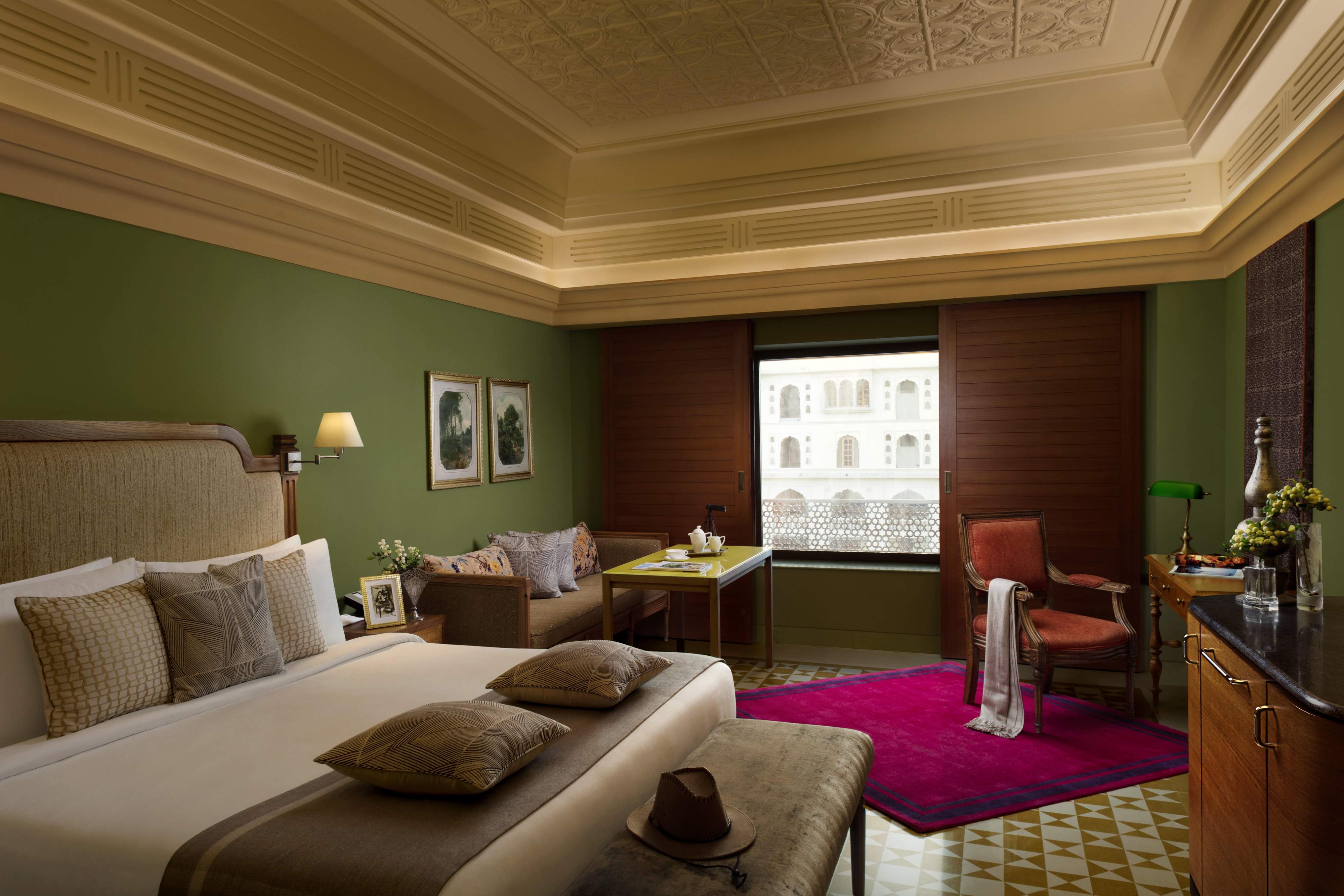 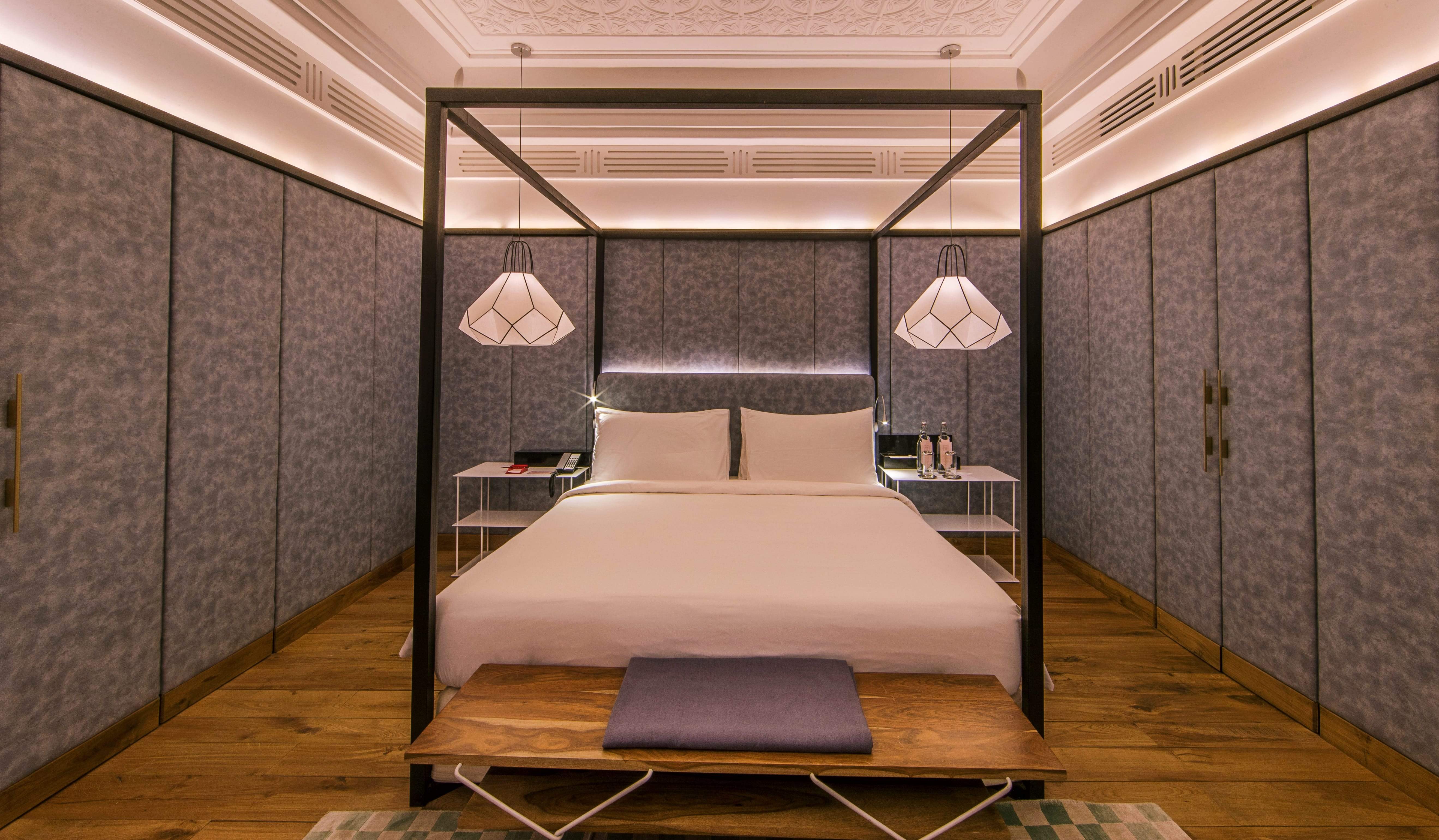 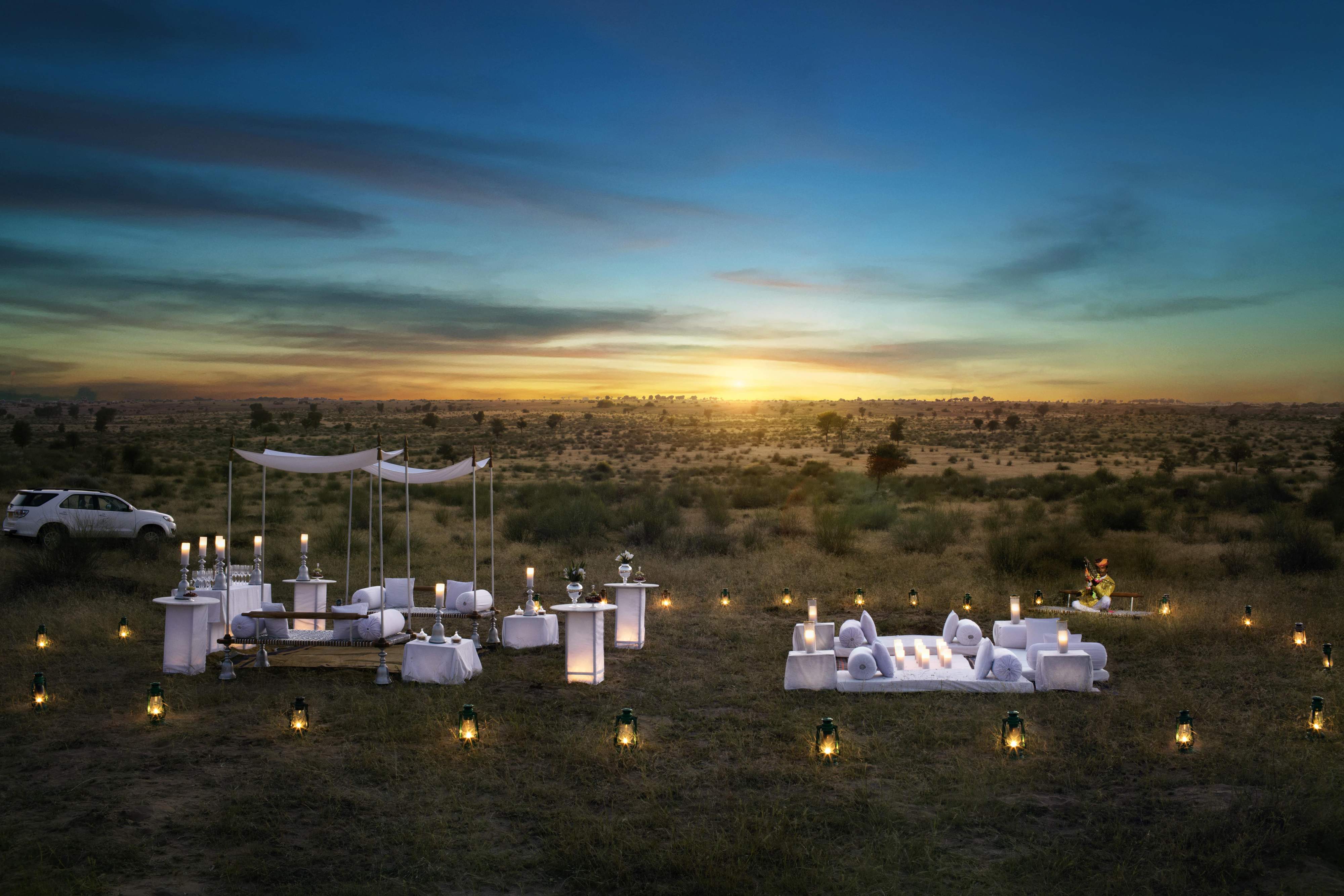 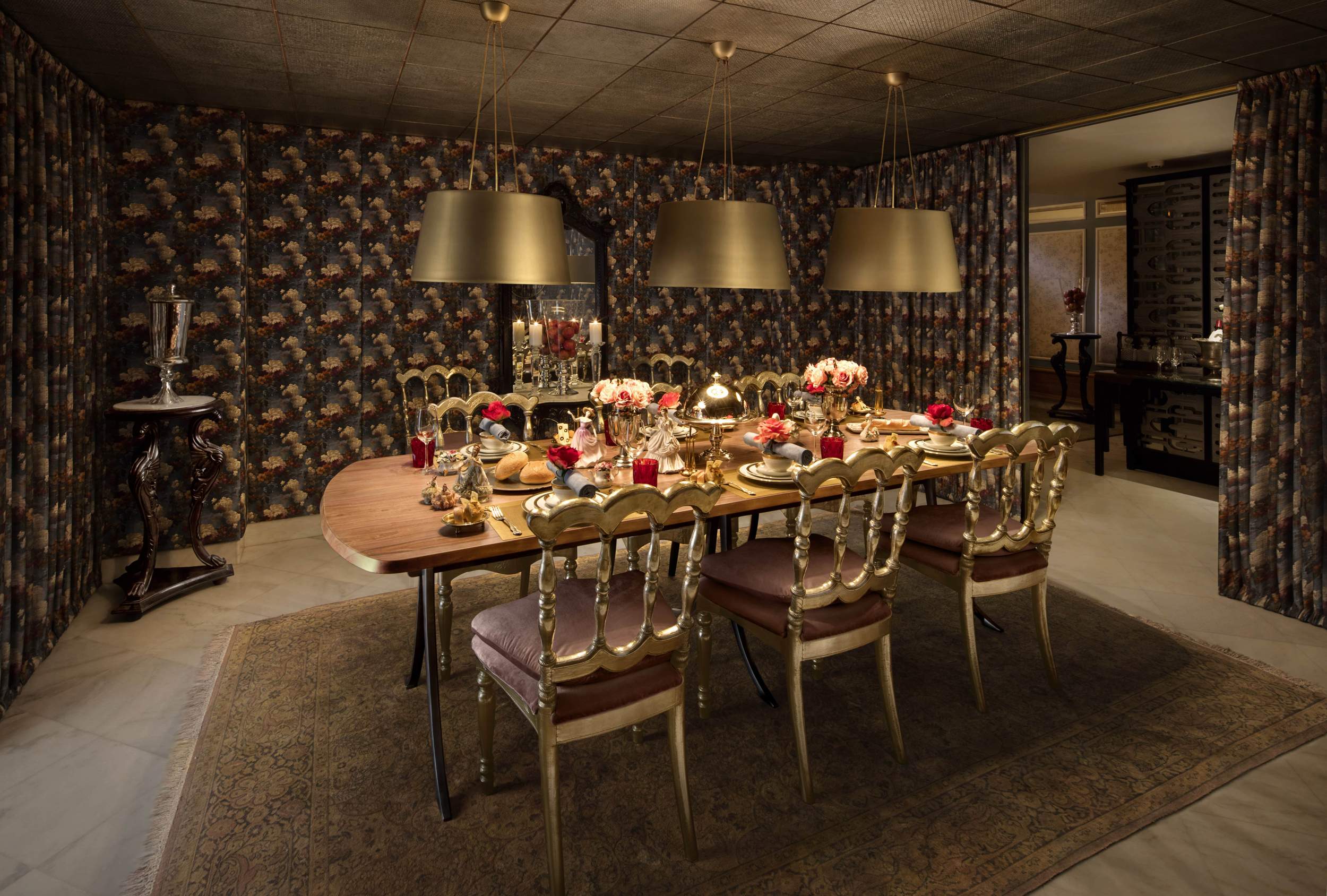 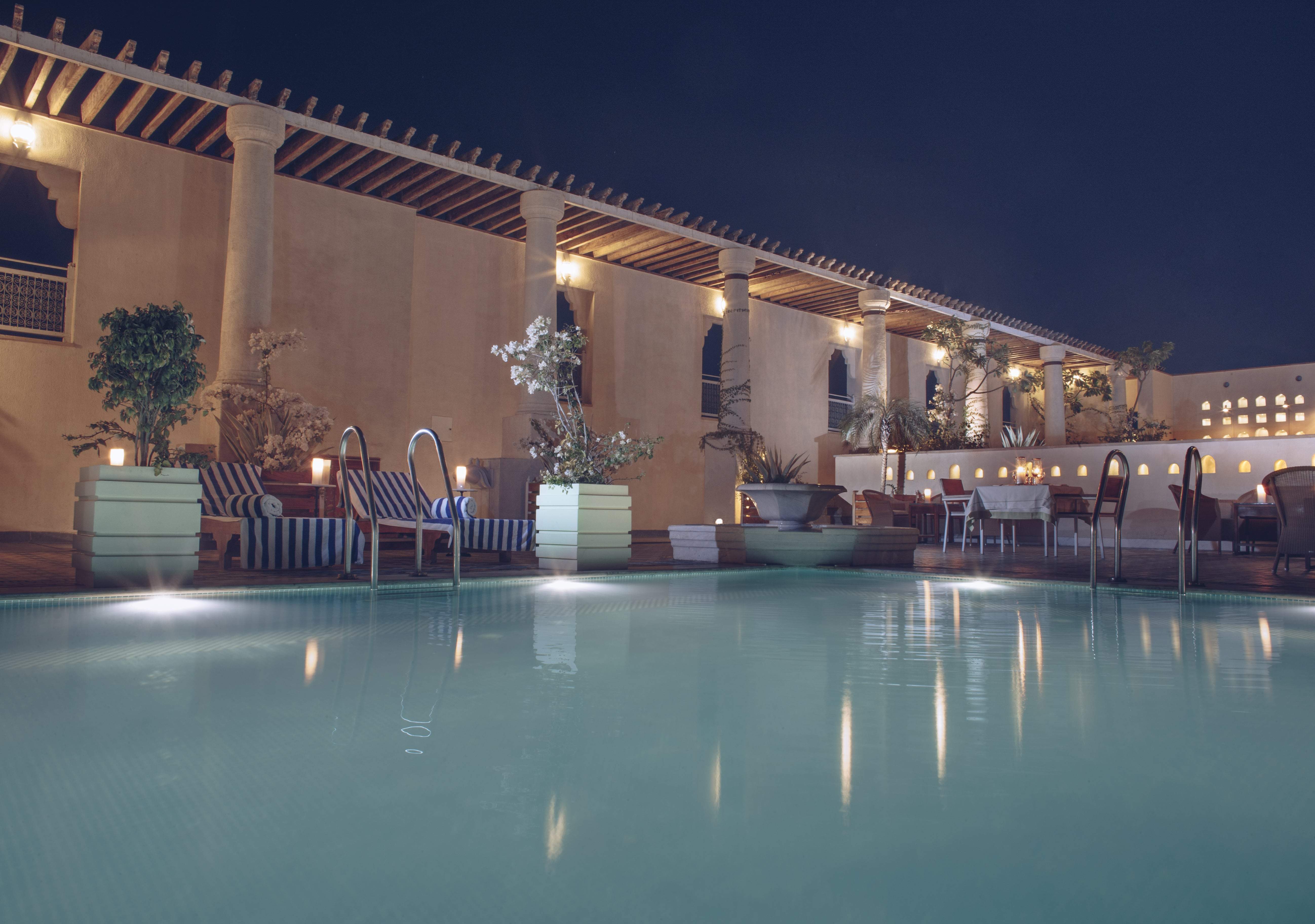 A grand residence, Narendra Bhawan Bikaner is composed of Narendra Singhji’s memories from his travels to destinations near and far.
Unconventionally curated, the Bhawan organically grew into a snapshot of the life of its original resident who upon spreading his wings was subconsciously casting a new modern identity for himself much like that of his mother country.
A pulsating Bombay influenced by the burgeoning Art Deco movement, influences drawn from the glamour posts of Broadway; dark inviting caverns, rich velveteen fabrics, chiffons and pearls; utterly stylish – all added to the cornucopia that led to the fashioning of this, his private palace-residence.
The elegant venues and avant-garde outdoor spaces are especially designed to ensure our guests have many memorable experiences.
Each has its own story to tell…
ACCOMMODATION
In the Guest Rooms, the theme of India prevails – past and present. A patriot to the core Narendra Singhji championed the royal states and principalities when he was both prince and king; and equally heralded the arrival of a new democratic India when she emerged from the ashes of the British Raj. Keeping this in mind, the hotel continues to salute the vision of its last Maharaja.

RESIDENCE ROOMS: Comfortably appointed, the Residence Rooms are a tribute to the eclectic tastes of the household. Elaborate ceiling details, Bikaner terrazzo floors and traditional crafts sit in harmony with Portuguese tiles and a distinctly English colour palette. Light and fresh, these rooms are a calm sanctuary set apart from the hyperactivity of the city.
PRINCE ROOMS: The young prince on the threshold of maturity designed his apartments to reflect his growing leanings towards a western lifestyle. Featuring Luxe velvets, English prints, glittering mirrors and mosaic, the Prince Rooms reflect a youthful exuberance that beget glamorous living quarters.
REGIMENTAL ROOMS: The Regimental Rooms reflect a ceremonial order that appealed to the military man who was king. Elements of army regalia are sensitively interspersed with modern conveniences adding uniformity and symmetry. These rooms are thoughtfully curated with objets d’art and a rich colour palette that adds a vibrancy and immediate comfort to these stately rooms.
INDIA ROOMS: The India rooms are quintessentially Indian but fashioned for the cosmopolitan traveller such as yourself. Here, strokes from pastoral India sit comfortably with the modernity of a contemporary India. Curated primarily in Indigo - the symbolic colour of India, these rooms are a cocoon where comfort and contentment are accentuated.
REPUBLIC SUITE: Quite apart from the theme that runs through our other guest rooms the republic suites are dramatic rooms where strong confident lines and a colour palette in steely blue and concrete grey suggests a very contemporary conclusion. Chic to the core, this is an architects’ room – inspired during an era when the great architects of India – stalwarts in the imagination of the public created spaces that were startlingly new.