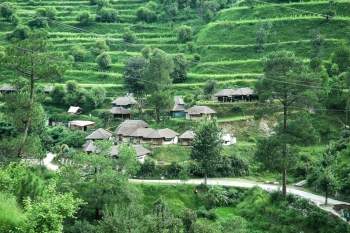 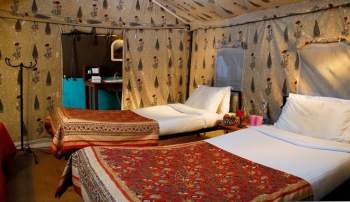 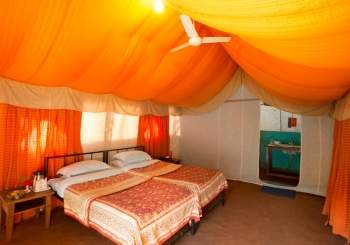 Yamunotri, the source of the Yamuna River, is famous for its temple devoted to Goddess Yamuna. A bath in Yamunotri is said to relieve a person from a painful death and helps in attainment of ‘moksha' (salvation). The shrine of Yamunotri is the western most shirne in the Himalayas and is perched atop the flanks of the Bandarpunch peak at an altitude of 3,293 m. The Temple itself stands on the foothills of Kalinda Parvat. The deity here is in the form of a silver idol adorned with garlands.

The Temple opens every year on the auspicious day of Akshaya Tritiya (April - May) and closes on Yama Dwitiya (Bhai Dooj) after Diwali. The temple remains closed during winter and deity is taken to Kharsali Village. In 2015, the Yamnotri temple is open from April 21st.

As per Hindu mythology, Yamunotri was the home of Saint Agastya Muni. The actual source of River Yamuna is the Champasar glacier (a frozen lake of ice and glacier) on Kalinda Mountain at an altitude of 4,142 m. The shrine architecture is Pahari style built in the 19th century by The Guleria Maharani of Jaipur and it was later rebuilt in 1923. The Temple has a marble idol of The Goddess and is situated on the left bank of the river near several hot water springs. The shrine of Yamunotri is one of the "four dhams" of Uttaranchal.

Yamunotri temple is situated in the direction opposite to Gangotri and the road bifurcates and goes to Yamunotri from Dharasu, a place between Rishikesh - Uttarkashi. Another 55 km away is Barkot, affording a fabulous view of the Banderpunch Range. Barkot is also approachable by road directly from all the major cities in India.

Location : The Chardham Camps ensures optimum comfort for the esteemed pilgrims of the Chardham yatra. These luxurious camps are available for those undertaking a Badrinath tour, Kedarnath tour, Gangotri or Yamunotri tour.