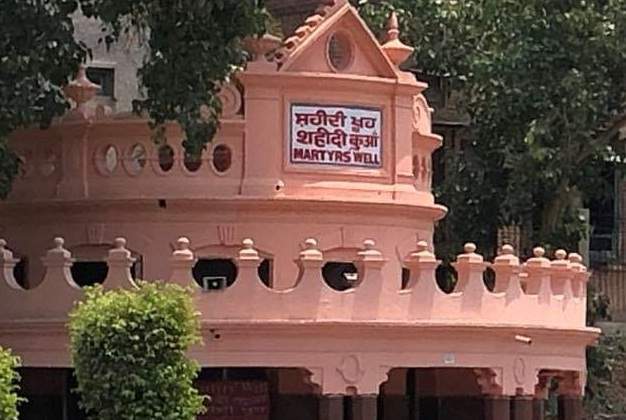 Prior to the partition of the country, Amritsar occupied an unrivalled position in the business and commercial scene of undivided Punjab. Situated on important trade routes, its trade extends to Kabul, Kashmir and Tibet, even today. Although, the Partition left it a border town and did away with much of its erstwhile importance as a trade center.

The city was founded by Guru Ramdas Sahib, the fourth Guru of the Sikhs, in the late 16th century, who also built a magnificent temple to serve as a central place of pilgrimage for the Sikhs. The design of the shrine included the construction of a tank round the proposed temple. The site lay in picturesque surroundings where the congregations met for prayer and contributed voluntary labour to build the tank under the personal guidance of the Guru. Later, the place grew to be a sprawling town.

It was the fifth Guru, Guru Arjan Dev Sahib, who developed the shrine and the town on a larger scale. He built a beautiful temple, in the middle of the sacred tank, which is better known as the Golden Temple today. Hazrat Sheikh Mian Mir, a Muslim saint, who was a great friend and admirer of the guru, laid the foundation stone of this temple. By this time guru Arjan Dev finished compiling the Sikh scripture, the Guru Granth Sahib, which was placed in the temple with great reverence. Devotional hymns from the holy book are recited daily and thousands of people come here for spiritual solace.

* Pick up from Amritsar Hotel / Railway Station 10:00AM & Move on for City Tour

* Lunch at Hotel , On Direct Cost

TOUR WITH CAR ONLY

*All monuments in Amritsar are open all days Sunrise to Sunset.

*Sightseeing by Exclusive Car With Driver Including Pick up & Drop at your Hotel.

*Shopping - Drivers / Guide instructed not to take Clients for shopping unless advised by  the Clients/Travelers.

*Pick up & Drop Charges at airport / Railway Station will be Extra *Entrances on Direct Payment with help of guide /Driver.

*Entrance Cost Per Person Per Visit (subject to change):