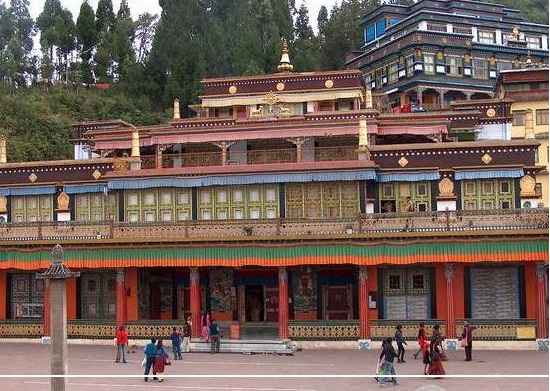 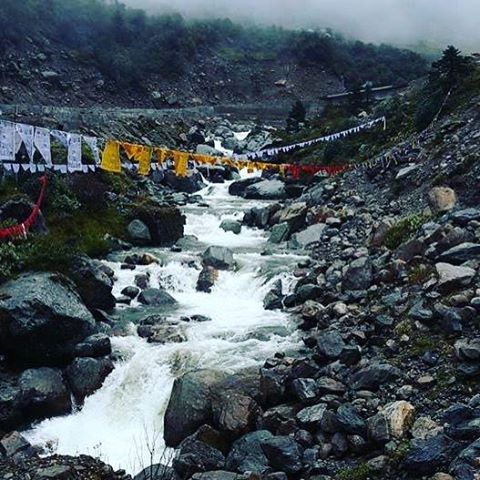 Rumtek monastery is the seat of the Gyolwa Karmapa, the head of the Kagyuap order of Tibetan Buddhism. It was built in 1960. The Kagyuap order was founded in the 11th century by Lama Marpa, the disciples of Indian Guru Naropa. It is one of the huge and wealthy monastery in Sikkim. It is said that the 1st Karmapa spent many years meditating in a cave and ten thousand fairies came to congratulate him and each offered a strand of her hair. These strands of hair were woven into a black hat which was passed down and is still worn by the karmapas on cerimonial occasions. Behind the main monastery is the Karma Nalanda Institute of Buddhist Studies and the building opposite to it is a small hall featuring a beautiful jewel studded Chorten, which contains the ashes and the bones of the 16th Gyolwa Karmapa. Half a kilometer uphill from the monastery there is a hermotage in which monks go into complete seclusion and can meditate for a period upto 3 years. It is 24 kms. away from Gangtok. The religious dance called called the Tse-chu is performed on the 10th day of the 5th month of Tibetan Calender (May) and depicts events in Guru Rimpoche's life. A chamm or masked dance, representing the battle between good and evil, takes place 2 days before the Tibetan New Year (arround late February or early March).