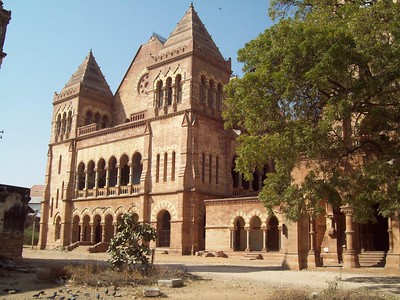 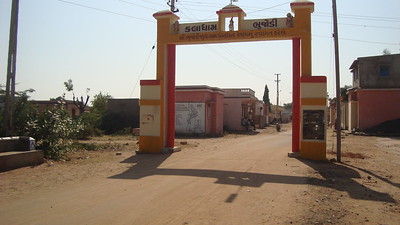 The historic city of Bhuj derives its name from the Bhujiyo Dungar, a hill, overlooking the present day Bhuj town. Bhuj is a typical example of a desert town located between two geographical features- Bhujiyo Dungar on the east and Hmisar Lake on the west.

Bhuj was the capital of the former princely State of Kutch till 1947 AD. The Rajput rulers of Kutch came from Sindh or northern India in the late 15 th century and settled t Bhuj. Rao Khengarji I chose the strategic location at the base of Bhujiyo Dungar and founded the city of Bhuj in 1548 AD.

The rulers of Kutch got exempted from paying tribute to the Mughal rulers in return for free passage to the Mecca pilgrims. The need for better security arose only after the decline of Mughal power at the center, In 1723 AD, Rao Godji undertook the construction of massive fortification, with gates and bastions (11 meter high and 1.2 meter thick masonry wall), surrounding the whole town. The fort was equipped with 51 guns to counter any attack from enemies.

The British took over the hill fort of Bhujiyo Dungar in 1819 AD and acted as peacemaker between the Kutch rulers and the state became prosperous with surplus funds, enabling the rulers to undertake public and royal building projects. Rao Pragmalji, who ruled Kutch from 1860 to 1876 AD, undertook many projects, such as- improvement of Mandavi harbor, construction of roads and irrigation works, hospitals, schools and a jail. Rao Pragmalji constructed three royal palaces- Prag Mahal and Ranjit vilas Palace at Bhuj and Vijay Vilas Palace at Mandvi.