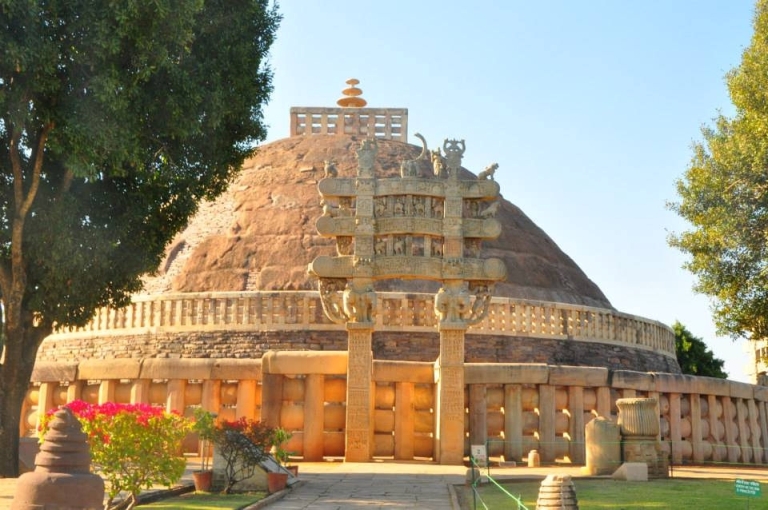 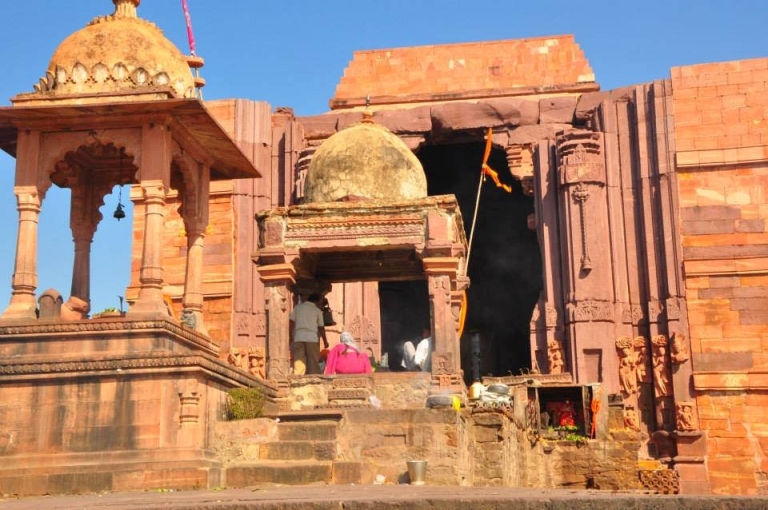 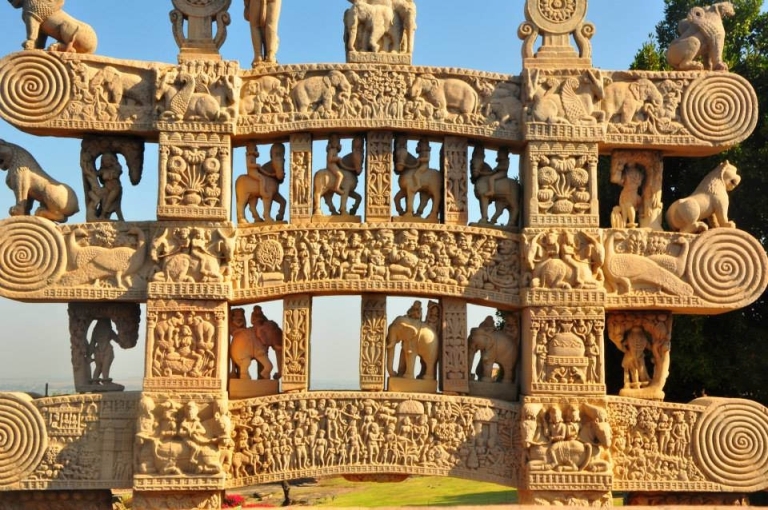 Sanchi is known for its Stupas, monasteries, temples and pillars dating from the 3rd century B.C. to the 12th century A.D. The most famous of these monuments, the Sanchi Stupa 1, was originally built by the Mauryan Emperor Ashoka, the then governor of Ujjayini, whose wife Devi was the daughter of a merchant from adjacent Vidisha. Their son Mahindra and daughter Sanghamitra were born in Ujjayini and sent to Sri Lanka, where they converted the King, the Queen and their people to Buddhism.

A Chunar sandstone pillar fragment, shining with the proverbial Mauryan polish, lies near Stupa I and carries the famous edict of Ashoka warning against schism in the Buddhist community. Stupa 1 was found empty, while relics of the two disciples of Buddha enshrined in the adjacent Stupa 3 were carried away to England. The nearby modern temple has a reliquary containing the remains of a Buddhist teacher from another Stupa outside Sanchi.

Pick up from Hotel in Bhopal at 09:00 am drive to Sanchi a World Heritage site which houses Buddhist Stupas which represents of Buddhist art and architecture  from the  Mauryan period. Guide will show  Stupa 1 displays Lord Buddha's Life & Events with exquisite carvings. Also you will see the temple 40 and Stupa 2 & 3 .

For lunch you can choose the cuisine and restaurant your are interested at your own cost lunch around 1:30 pm proceed to further Sightseeing to Udaypur temple 65 km from Sanchi, Udaypur has a large Neelkantheswar Temple Parmara style of architecture. You will see here top of the temple which has four carved bands around it.

At the end of your journey at 5.00 pm , sit back and relax on the drive back to your Hotel in Bhopal