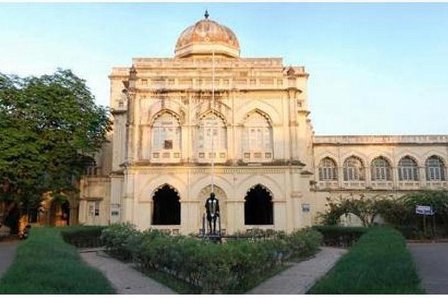 Madurai is the second largest city, considered as the cultural capital, in Tamilnadu. It was announced as the Corporation, after Chennai, in May 1st 1971. There are 10 state assembly constituencies and 1 parliament constituency. It is here that the father of the Indian nation, Mahathma Gandhi, started wearing only a loincloth, in 1921, after seeing the people ill-nourished and ill-dressed. Madurai is famous for its Jasmine flowers. It is transported to most of the Indian cities and exported to other countries too.

Pick up hotel in Madurai at 9:00 AM and then head off to the Meenakshi Amman Temple. This Hindu temple located on the southern bank of the Vaigai River is dedicated to Parvati and her consort, Shiva.

Afterwards you will visit the Gandhi Museum, established at 1959. It showcases a part of the blood-stained garment worn by Gandhi when he was assassinated by Nathuram Godse. After sightseeing you will stop for lunch around 1:00 PM at your own expense. After lunch visit Thirumalai Nayak palace, originally dating back to 636 AD. You will see, it is a classic fusion of Dravidian and Islamic architecture. The original palace complex was four times bigger than the present structure.

Then you will visit the Tiruparamkundram Temple, known for its ancient temple of Murugan. The temple is the first among the Six Abodes of Murugan and is one of the most visited tourist spots in Madurai. At around 4:30 PM you will be transferred back to your hotel.